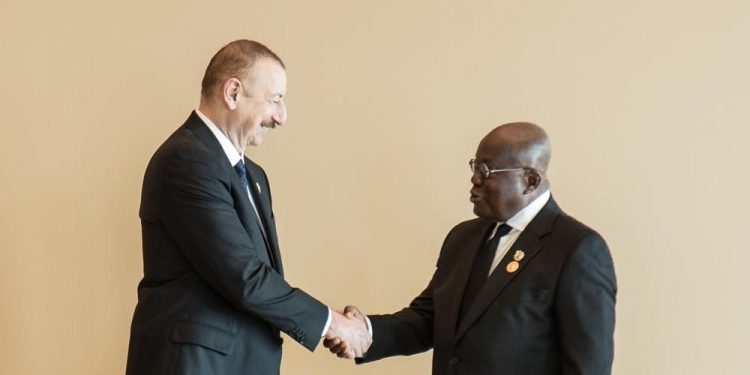 President Nana Addo Dankwa Akufo-Addo has urged Member States of the Non-Aligned Movement (NAM) to work together to establish a global order of equality, peace, and security, devoid of great power domination and nuclear weapons.

According to President Akufo-Addo, “the reform of the United Nations Organisation, particularly the Security Council, on the basis of Africa’s Common Position on UN Reforms, the Ezulwini Consensus, would be a positive step in that direction, and I call upon on Member States of NAM to help take that step.” 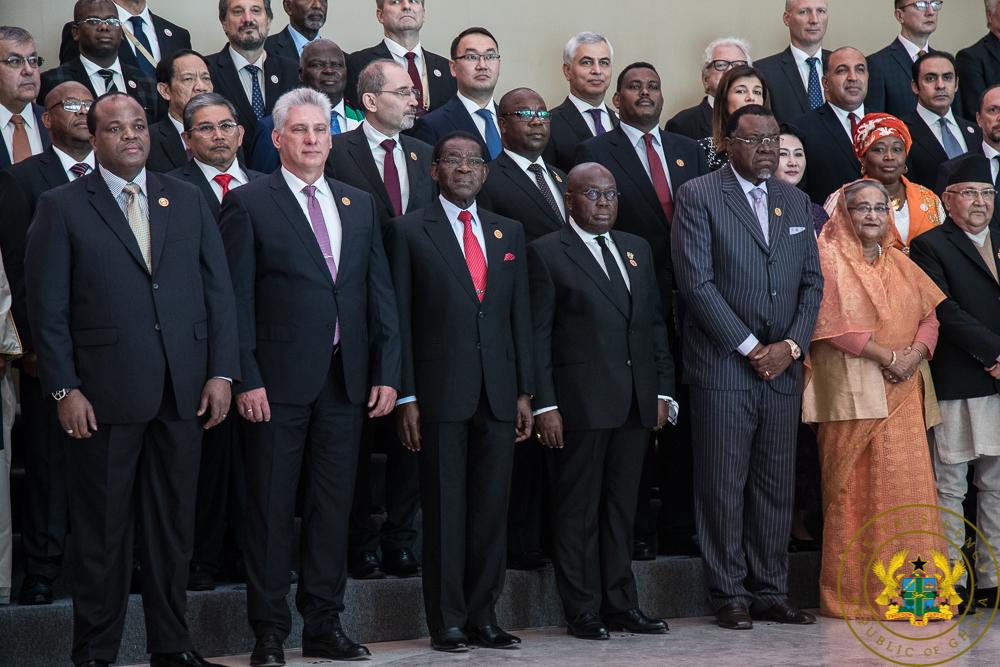 The President made this known on Friday, 25th October, 2019, when he delivered a statement at the 18th Non-Aligned Movement Summit, being held in Baku, the capital of Azerbaijan.

Speaking on the theme of the Summit, “Upholding the Bandung Principles to ensure concerted and adequate response to the challenges of contemporary world,” he indicated that the Bandung Conference, held in 1955, produced the cardinal objectives ascribed to by Member States of NAM, when it was founded five (5) years later in 1960.

President Akufo-Addo noted that the successful struggle against colonialism and imperialism, one of the aims of Bandung, has been accomplished, and independent Africa, the beneficiary of the work of the Conference, must always remain thankful for its intervention.

“But, I have no doubt that the promoters of the Conference wanted more than just to fulfil the dreams of political freedom and independence of their peoples,” he said. 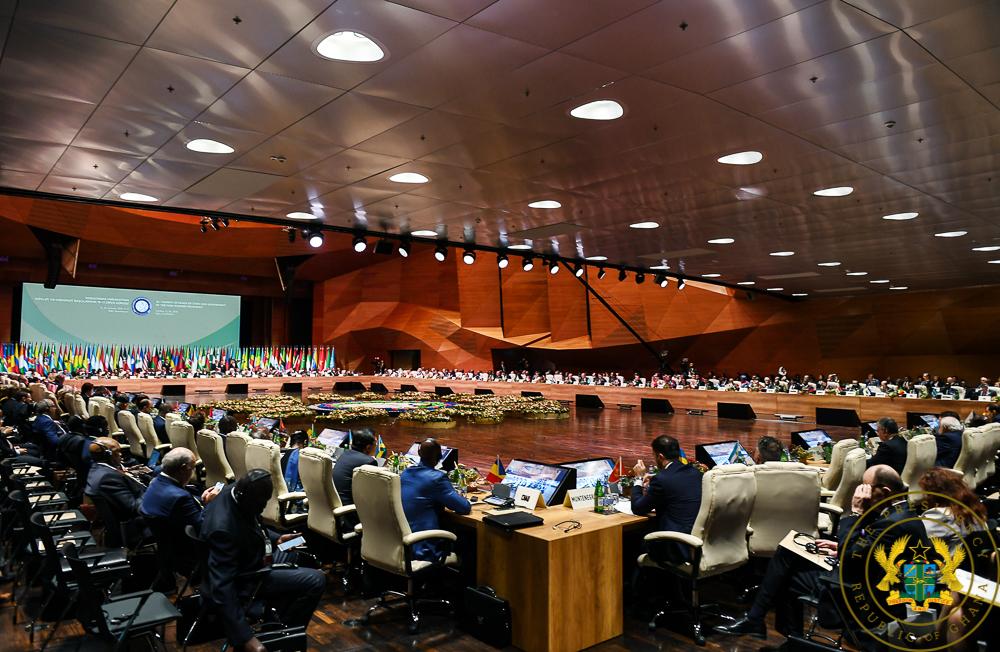 The President continued, “The promise, implicit in the drive for liberation, was that freedom would inspire the rapid enhancement of the quality of life of their peoples, and banish the spectre of mass poverty bequeathed to us in Africa by the long period of colonial exploitation. Alas, that has still not happened for a variety of reasons, internal and external.”

President Akufo-Addo, thus, urged this generation of NAM leaders to rededicate themselves to guarantee the liberties and freedoms of their peoples, and help eradicate mass poverty in Africa.

The process of upholding the principles of Bandung, he explained, involves several things including significant investments in education at all levels, and accessible healthcare for all. 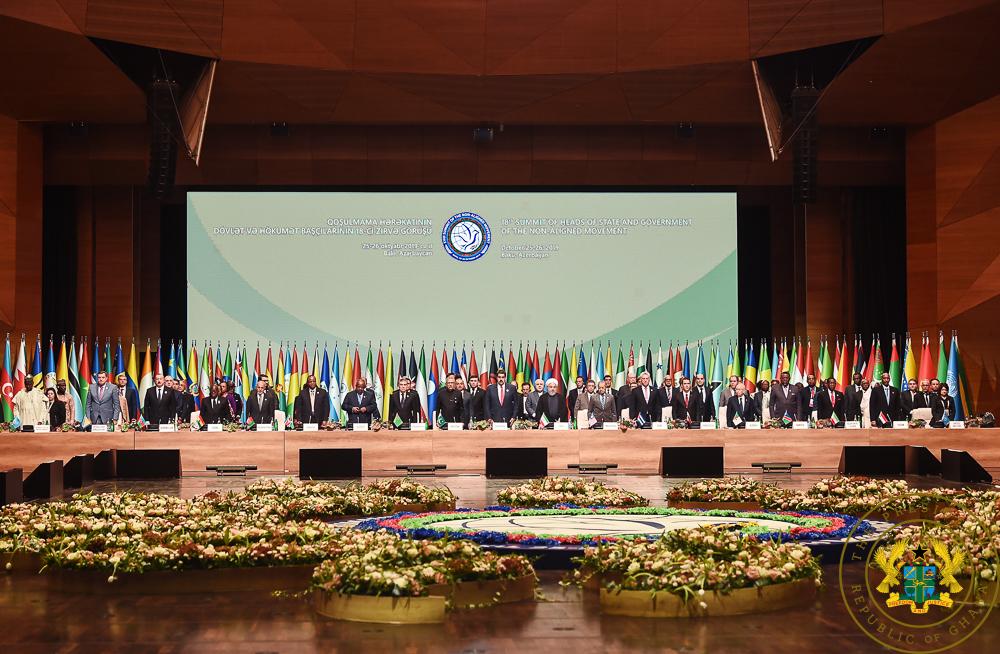 The President also advocated for the adoption of policies for the structural transformation of Africa’s raw material producing and exporting economies, into industrial, value-adding economies that can trade in products in the global marketplace at the high end of the value chain.

“It involves policy that will pursue a clear roadmap towards the political and economic integration of Africa to enable us maximise our potential, and deal with the outside world on an equal footing. It involves the ‘promotion of economic and cultural cooperation, protection of human rights and the principle of self-determination’,” he added.

President Akufo-Addo added that upholding the principles of Bandung involves the realisation of the 17 sustainable development goals, “which provide us with a great platform to fight inequality on all fronts, wipe out extreme poverty, eliminate pandemics like HIV/AIDS and Ebola, tackle issues of climate change, and reverse the degradation and unsustainable use of our environmental and marine resources.”

These, he stated, are critical challenges, “but ones we have to meet, if, at long last, we are to exploit the vast possibilities and enormous wealth of our respective countries in Africa for the benefit of our peoples.”

Describing himself as “incurable optimist, and believe in our capacity to achieve these ends”, President Akufo-Addo noted that “the socio-economic transformation of Africa is imminent, which will permit us to build a new, progressive Africa on the values of freedom and justice, and allow us to make our own unique contribution to the growth of world civilisation. It is within reach, if we, in Africa, work together.”