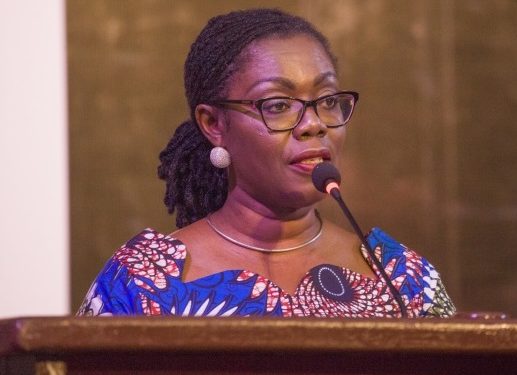 The Communications Minister, Ursula Owusu Ekuful, has described as untrue claims by former President John Mahama that only pro-opposition media houses were targeted for closure by the National Communications Authority (NCA).

The ex-President, in an interaction with the leadership of the Ghana Journalists Association (GJA) last week, accused the government of using the law to suppress opposition media.

In May 2019, some stations were closed down by the NCA for operating without licenses. The stations included two notable pro-opposition radio stations Radio Gold and Radio XYZ.

However, citing a radio station said to be owned by the first deputy speaker which was also closed down, Ursula Owusu Ekuful said the NCA only seeks to enforce the law.

“It is factually incorrect, and a blatant untruth to say as some have, including former President Mahama and the Media Foundation for West Africa… that only opposition radio stations have been targeted for closure. No such intention actuated this exercise.”

“I am not sure we can claim that all the 144 stations in breach of the Electronic Communications Act were NDC or opposition radio stations. I know for a fact that a station owned by the current Deputy Speaker who cannot be an opposition member has been closed down,” she noted.

The Minister also discounted claims that the tribunal adjudicating on petitions by aggrieved media houses has been dissolved without attempts to reconstitute it.

“While all these cases were pending before the tribunal, the Chairman of the Tribunal Justice Darteh Baah submitted his resignation letter to the public services commission in June 2019. The public services commission accepted his resignation and decided to recompose the tribunal’s panel and announced the appointment of new members in August 2019.”

She continued, “The new panel, however, could not start sitting until after the legal vacation. The new panel chaired by Dr. Kissi Agyabeng resumed sitting on 8th October 2019 It is therefore untrue to say that the public services commission has refused to reconstitute the ECT as the former President intimated. To put it mildly, JM goofed again.”

Former President John Mahama on Friday said that government was setting a bad example with the way it was closing down some radio stations in the country.

“There has occurred under this government a situation where the law is deliberately used to shut down dissenting stations and it is unfortunate. If you look at the pattern of the stations that have been closed, using the law, they are all pro-NDC stations and I think it is a bad precedent. I pray it doesn’t happen in future when the shoe is reversed and some other government comes and shuts down stations that are pro-opposition.”

“The law is just being used because the stations have appealed to the Electronic Tribunal but somehow they have managed to get the judge to resign and government has refused to appoint a new judge to adjudicate the case deliberately just so they could keep the stations closed and it is totally unacceptable,” he fumed.