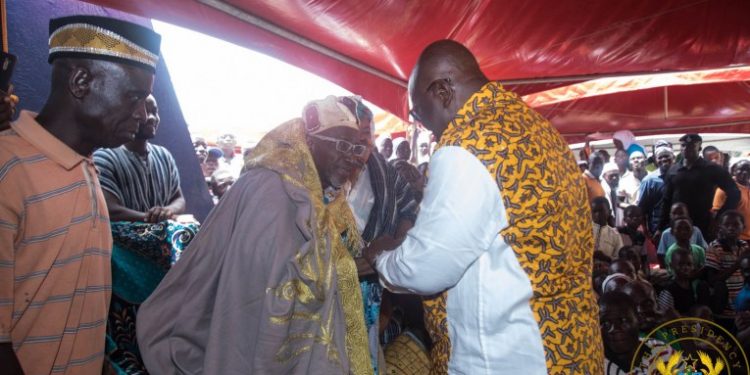 The Northern Regional House of Chiefs wants the government to take urgent steps to provide the infrastructure needed to get North East and Savannah Regions run administratively.

In an address read for him during the first general meeting of the house in the region, the Yagbonwura, Sulemana Tuntumba Boresa II, urged the government to speed up the construction of the Regional Coordinating Councils for the two regions.

“I am making a clarion call on the government to expedite action on the infrastructural development of the House of Chiefs of the Savannah and North East Regions for an accelerated and efficient administration of the newly created regions created out of Northern Region.”

“The members of the house want the accelerated construction of the various Regional Coordinating Councils of both regions. Let me emphasize that the creation of these new regions does not mean we are going away from our brothers and sisters in the present Northern Region”, he added.

President Nana Addo following the creation of the new regions has reiterated his commitment to ensuring that infrastructural projects are equitably distributed across the newly created regions and not concentrated solely at the regional capitals.

According to President Akufo-Addo, “there is going to be an equitable distribution of regional infrastructure in every region.”

President Nana Addo Dankwa Akufo-Addo, had earlier assured the chiefs and people of the Savannah Region of an accelerated pace of development, as his government has put in place measures to address the infrastructural deficits confronting the Region.

He continued, “Savannah is going to catch up with all the other regions of Ghana, and go forward. This is the assurance I want to give to the Yagbonwura and the people of Savannah.”