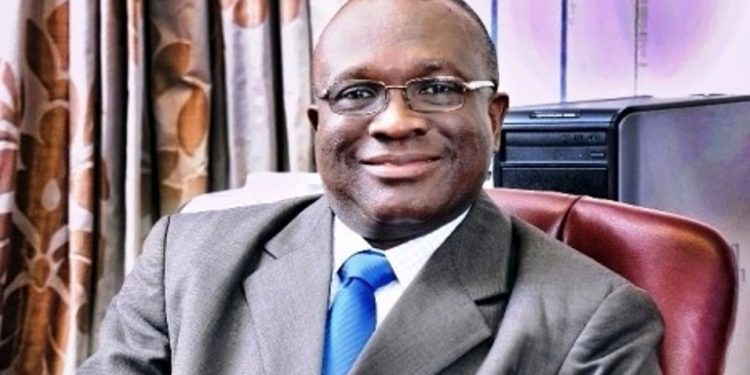 As the campaign for the election of Metropolitan, Municipal and District Chief Executives intensifies, a Senior Research Fellow with the Institute for Democratic Governance (IDEG), Professor Atsu Ayee, is bemoaning the unavailability of what he says is the blueprint for the operation of Local Authorities under the new regime.

Though the election will drastically change the dynamics and operation of the Local Assemblies, Professor Ayee worries that there is still no blueprint on the expected changes.

Speaking at a stakeholder engagement on the election of MMDCEs under the auspices of the Institute of Democratic Governance (IDEG) on Wednesday, Professor Ayee said, “We need a blueprint which will give us the picture of how the system will look like”.

“How will the Institutions look like? I’m referring to the Local Government Service and the Civil Service. It will not be business as usual, the bureaucrats will have to change because now the political parties are coming in with their promises.”

The University of Ghana Professor of Political Science also wonders what became of President Akufo-Addo’s promise to institute a multi-disciplinary panel of experts to map out the frameworks for the new regime. According to him, though the President made the statement in his State of the Nation Address months ago,

“We are in October and I have not heard about any multi-disciplinary panel of experts. I am sure if this Panel of Experts were to be established, we would have the picture or the architecture of a reformed local governance system”.

Prof. Atsu Ayee has thus charged the Local Government and Rural Development Ministry to as a matter of urgency, release the blueprint to allay the concerns of the populace

“I like to challenge the Ministry that we need the blueprint and then of course we need the Panel of Experts which will give us the picture”.

The Electoral Commission has already announced December 17, 2019 for the referendum on the election. Most registered political parties have already expressed resolve to campaign for a YES vote.

The New Patriotic Party (NPP), National Democratic Congress (NDC), the Convention People’s Party (CPP), Progressive People’s Party (PPP), National Democratic Party (NDP), Great Consolidated Popular Party (GCPP) and the Liberal Party of Ghana (LPG), have all pledged to work at the realization of what they variously term the aspiration of the people.

However the NDC is calling attention to the processes leading to the elections.

“The process with regards to registration of members, exhibition of the voters register and the conduct of the election itself is critical to this process. Let us not only be interested in the outcome of the referendum we should also be interested in the ensuring the processes leading to the outcome of the referendum are free and fair”, says Party Deputy National Youth Organiser, Eric Edem Agbana.

Citing the recent referendum that saw the creation of the 6 new regions, the Party says the Electoral Commission must be keenly monitored to supervise a free, fair and just referendum.

“Not too long ago we had one referendum that decided the creation of the new regions. And we as a Party still strongly hold the view that the processes were compromised the elections was compromised”.

“Usually, the election of Assemblymen is not patronized a lot by Ghanaians. If we don’t sustain the momentum and the campaign enough, we may not get the 40% requirement [without which] this referendum will fail and the story will look as if Ghanaians did not want to elect their own MMDCEs.”

For a YES VOTE, the PPP is thus encouraging;

“Let’s all make it a personal agenda and try to get people to participate in this year’s local Assembly elections. Otherwise, if we fail to get that 40% mark the whole referendum will fail and the election of MMDCEs will never come back to the table again in our life time”.