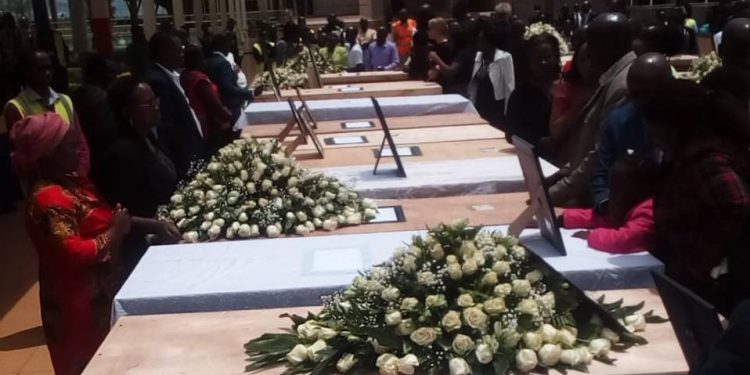 The remains of Kenyans who died in the Ethiopian Airlines crash in March are being flown back home.

Flight ET302 from the Ethiopian capital Addis Ababa to Nairobi in Kenya crashed shortly after take-off.

DNA matching of the remains of the 157 people killed in the crash was done several months after the accident.

People from 30 countries were on board the plane with the largest number of victims being Kenyan.

It has been an emotional weekend for families of the 32 Kenyan victims as they were for the first time allowed to view the remains of their loved ones.

A private memorial service will be held on Monday but it is not clear when the remains of the victims will be released to their families.

Ethiopian authorities say other unmatched body parts and personal items might be buried at a memorial area to be erected at the crash site.

The Boeing 737 Max-8 plane crashed just six months after another aircraft of the same model went down in Indonesia killing 190 people on board.

Call off your strike – Minister appeals to TUTAG

Call off your strike - Minister appeals to TUTAG