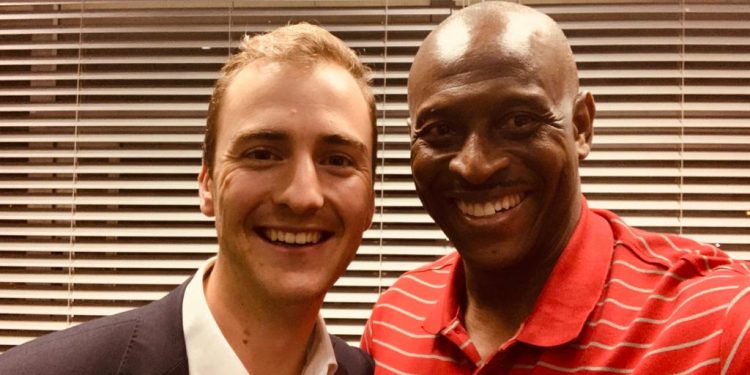 President and Board Chairman of Ghana Rugby with Doug Hampshire.

Herbert Mensah, President and Board Chairman of Ghana Rugby, has held a productive meeting with Doug Hampshire, an RFU Level 5 Match Official.

Doug recently moved to Ghana with his wife, and he has joined Deloitte as a Management Consultant.

Doug will become actively involved in Match officiating in Ghana and hopefully in the West African Region and indeed with Rugby in Africa.

Doug started playing rugby at the age of 13 with Effingham and Leatherhead RFC.

On moving to Bath, UK, to go to school, he captained the schools U16 team and then went on to captain the 1st XV in his final year.

After finishing his Gap year, Doug moved to Durham and played university Rugby for one season until shoulder dislocations ended his playing career.

After completing the ERLA and recovering from his shoulder dislocation Doug started refereeing at University and was initially graded at Level 10 in July 2015.

Doug joined the London Society (SW region) and was regraded in October to Level 9.

He requested a mentor at the same time to continue his development and was promoted quickly to the Premier List, and subsequently the Development Squad by the end of 2016.

In May 2016 Doug refereed at the Nancy 7s Tournament in France, which included the national teams of Sweden and Germany.

His strong performances meant he was appointed as an assistant referee for the Men’s Final.

In October 2016, Doug traveled to Kolkata, India, to referee in the All India & South Asia Rugby Championship at which he was selected to referee the final.

After a series of strong performances, Doug was put forward to the Group Development Squad (RFU Level 5) in July 2017.

He remained at this level before becoming a full group member at the start of the 2018/19 season, during which time he was selected to attend numerous high profile competitions.

Mr. Mensah welcomed Doug as one of the growing numbers of professional volunteers who are coming forward to support Ghana Rugby with its rapid rise since 2014. 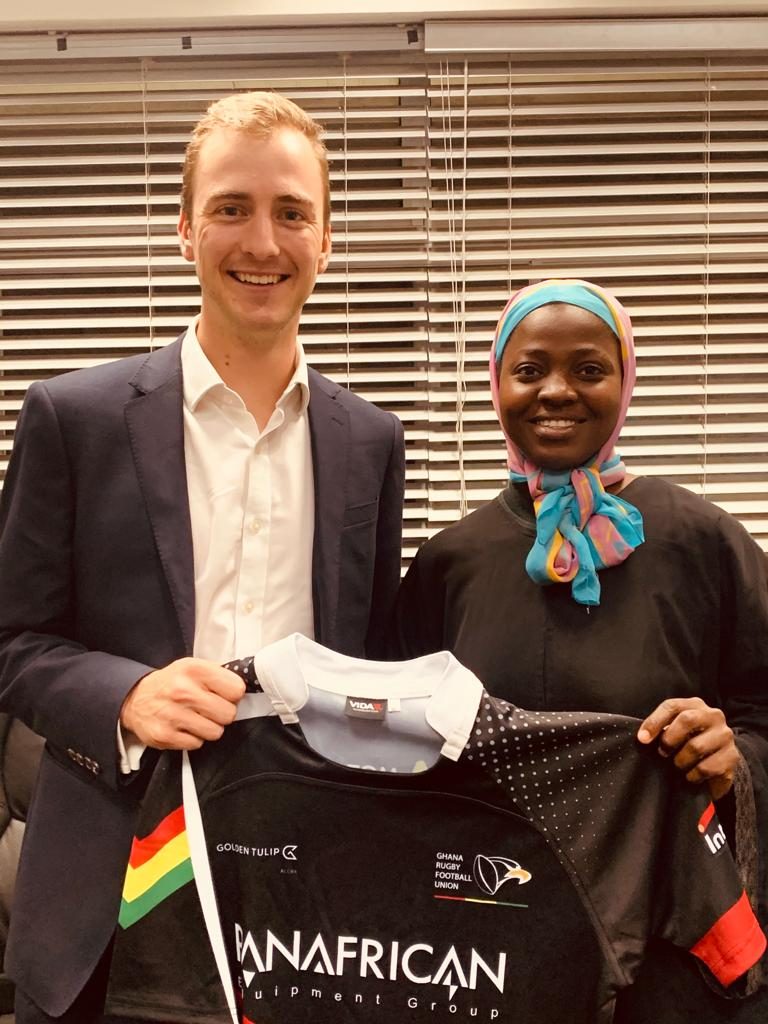 Mensah also said that Doug’s entry into the Rugby Family in Ghana is huge as the Union is not receiving any support from the government.

“Your addition to the Ghana Rugby Family with other supporters such as our corporate sponsors the Panafrican Equipment Group, Sunda International, the Gino Brands and Interplast as well as professional advisors such as Coach Lovemore Kuzorera (Zimbabwe), MO Jeffrey Chiwanda (Zimbabwe), S&C Coach Stuart Aimer (UK) and Coach Collin Osborne (UK) is what will help us to reach our full potential,” Mensah said.

Doug Hampshire said, “I’m thrilled to be joining the Ghanaian and wider African Rugby Family. It’s such an exciting time for rugby in the region and I am looking forward to supporting the game.”