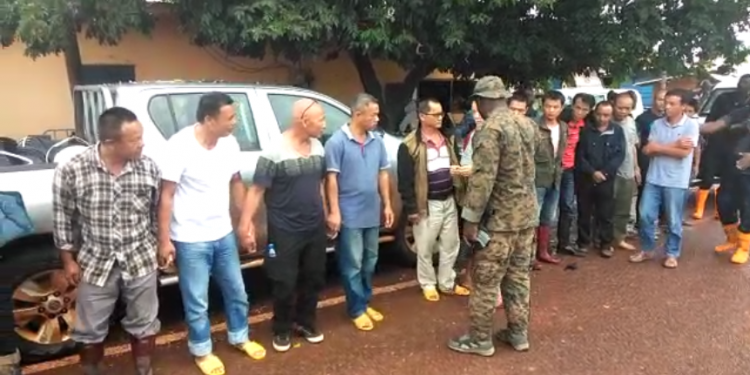 Fifty-four illegal miners including 17 Chinese nationals have been arrested by the Operation Vanguard team in the Suaman District of the Western North Region.

Commander of the Ashanti Region Forward Operating Base of the Operation Vanguard, Major William Opoku told Citi News that the illegal miners were arrested while operating on the banks of the Bia River where they also impounded six vehicles and some ammunition used by their security.

Major Opoku who described the operation as a success said operation Vanguard is still on the ground to enforce the ban on galamsey.

“In all, we will say that the exercise has been very successful and we hope that this will serve as a deterrent for potential illegal miners who may want to venture into illegal mining.”

Thirty military personnel and 20 policemen took part in this arrest.

Operation Vanguard is a Military Police Joint Task Force that was set up by the President in 2017 to combat illegal mining operations.