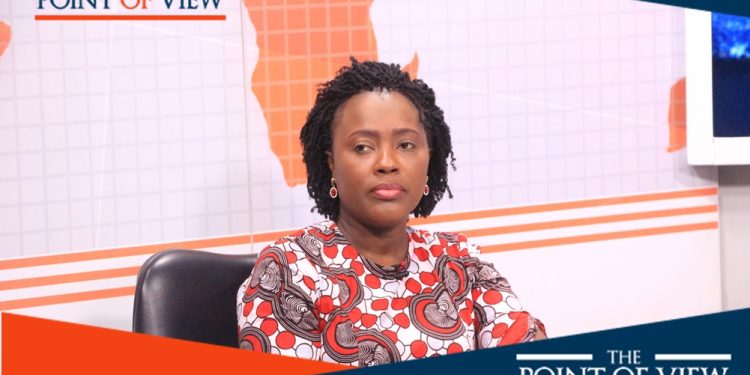 Dinah Adiko is a Gender Consultant

Gender consultant, Dinah Adiko has warned that the country risks bearing severe consequences if authorities fail to bring full closure on the latest ‘Sex for Grades’ scandal that has rocked the University of Ghana (UG).

In an interview with Bernard Avle on last night’s edition of The Point of View on Citi TV, Madam Adiko expressed fears that a breach in the University’s investigations into the matter will not augur well in addressing similar issues in the future.

For her, the current situation affords management an opportunity to thoroughly probe how such acts of indignity will be curtailed permanently in the academic environment.

“I hear they (University of Ghana) have opened it up for complaints from any students from any quarters. I think they must help us and take drastic steps in the case before them, find and take action for other institutions to follow so that people will be on their guard.”

“But if we make a mistake with the University of Ghana case and with the way it is going – it is treated with kids glove, it will take dimensions we will regret,” she cautioned.

In a documentary premiered by the BBC Africa Eye, two lecturers of the University of Ghana were implicated for sexual misconduct with female students in exchange for academic favours.

Although both have denied such wrongdoing, the lecturers in question, Prof. Ransford Gyampo, and Dr. Samuel Butakor have however been indicted by the University as part of its internal preliminary inquiry.

They are expected to appear before the school’s Anti-Sexual Harassment Committee for questioning.

This particular development has compelled a lot of Ghanaians to express outrage about the little attention paid to the phenomenon which leaves victims frustrated in most tertiary institutions.

Meanwhile, management of the University of Ghana has assured that none of its lecturers or students found culpable in such gross misconduct will be spared.