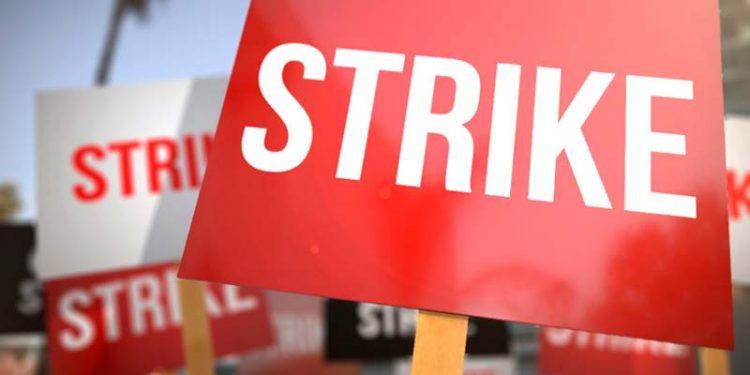 The strike declared by the Technical University Teachers Association of Ghana (TUTAG) three weeks ago is still in full force following a stalemate during a meeting with government.

TUTAG has said government had failed to place its senior staff and senior members in administration on the appropriate base pay, following the conversion of polytechnics into universities.

Speaking to Citi News, the Greater Accra Regional Chair of TUTAG, Dr. Ibrahim Zubeiru said government failed to heed to the demands of TUTAG thus the continuation of the strike.

“The people we are negotiating with did not accept the demands we brought on the table. In order to be win-win for all of us, while we accept theirs, they should also do the same for us to be on the same page. The strike will [thus] continue unabated,” he said.

Meanwhile, the government has said TUTAG brought up concerns that were not related to the purpose of the meeting which rendered it in a stalemate.

“For this particular negotiation…we should have been able to wrap everything up but somehow new things started coming in. We realized that there were some minimum requirements that most of them could not meet.”

TUTAG’s strike follows the Controller and Accountant General’s Department’s failure to pay emoluments due them with effect from 1st August 2019 despite a directive from the Ministry of Finance.

The Association laid down its tools in demand for better conditions of service for Technical University teachers in the country.

They were joined by Technical Universities Administrators Association of Ghana (TUAAG) who are also demanding full benefits of migration onto the public universities salary structure.

The Vice-Chancellors of Technical Universities in Ghana had given strong indications that the academic calendar of technical universities may be extended by three weeks if the ongoing strike by lecturers and administrators is not called off by the end of this week.

The group which has been appealing to the lecturers to go back to their posts says the extension will become necessary given the impact of the impasse on the affected students.

Chairman of the group, Rev. Prof. John F. Eshun, who spoke to Citi News’ Umaru Sanda said; “the students have not been going for lectures for three weeks now and this is having a toll on the students. This is why we are appealing to the lecturers to come back to the lecture theatre while they negotiate with the government. This will affect the academic calendar. It means we have to call an academic board meeting where we will adjust the calendar for three more weeks.”