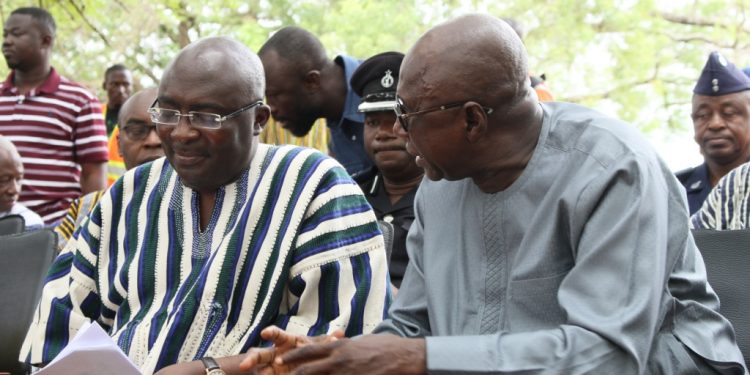 The Vice President, Dr. Mahamudu Bawumia has donated an amount of GH₵50,000 and relief items to displaced residents and bereaved families affected by torrential rains in the Upper East Region.

The donation, which was on behalf of the government, is to address the urgent needs of the displaced residents struggling to put their lives back in order.

Speaking at Manyoro in the Kassena-Nankana municipality to sympathize with the flood victims, Dr. Bawumia assured the people of government’s commitment to reducing their plight. 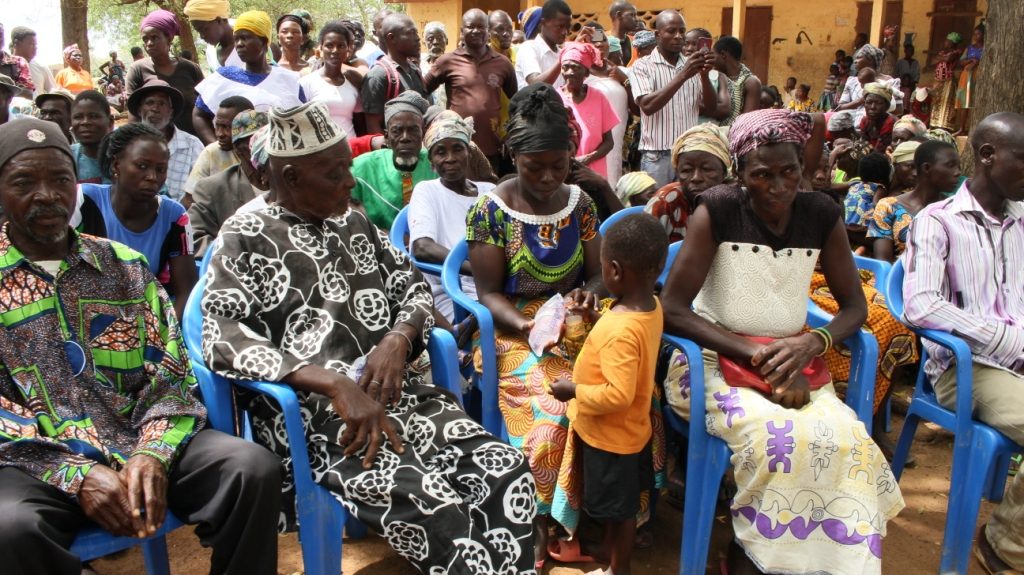 “We are here to extend on behalf of His excellency Nana Akufo-Addo, the government and the people of Ghana our deepest condolences to all of our families who are here represented, for the loss of lives and property that we have suffered as a result of this rainfall. As a result, government is putting together initial relief items which include rice, blanket, cooking oil, mosquito nets, soaps, roofing sheets, water purification tablets, etc.

“These are to deal with some of the immediate needs of the people. In addition, government has also provided cash of GH₵50,000. This is just our initial contribution to deal with what is happening. As we assess the situation, we will intervene as required to make sure that we deal with this problem that has been created,” he stated.

The Vice President further tasked the MMDCEs of the area to look at how the government can help in putting up stronger buildings to prevent such disasters and find a permanent solution to flooding issues in that part of country.

According to the Upper East Regional Directorate of NADMO, the torrential rains for the past two weeks have displaced 26,083 residents and claimed many lives.

From the national level, the National Disaster Management Organization (NADMO) has already dispatched relief items to the displaced residents. 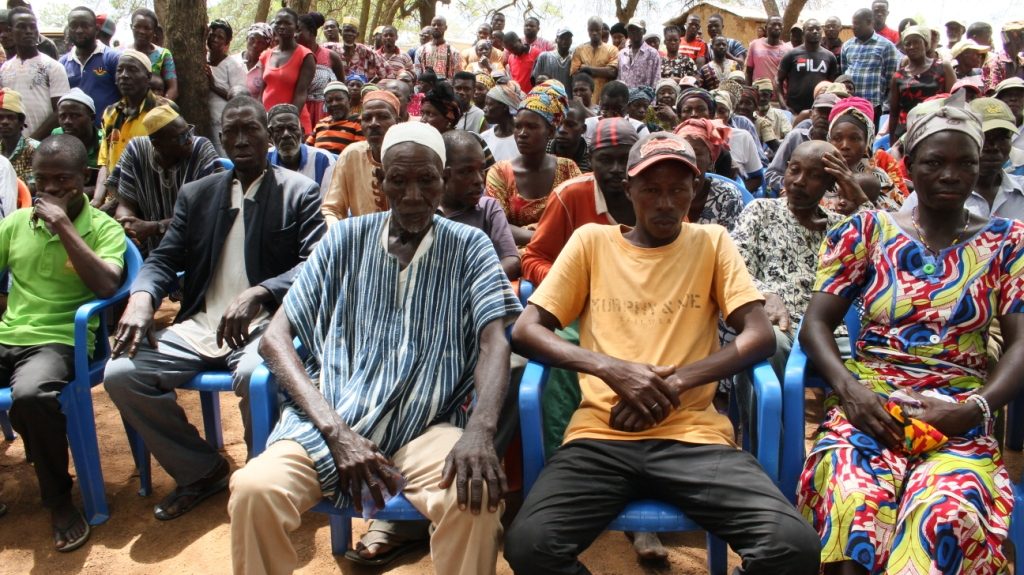 The Builsa North, Builsa South, and Kassena Nankana are among the worst affected areas.

Meanwhile, the Upper East Regional NADMO Director Jerry Asomani is entreating the general public to ensure their safety during heavy downpour following the developments in the region.

He has also cautioned persons who live in defective buildings to fix them or try to avoid them due to the potential of the building collapsing. 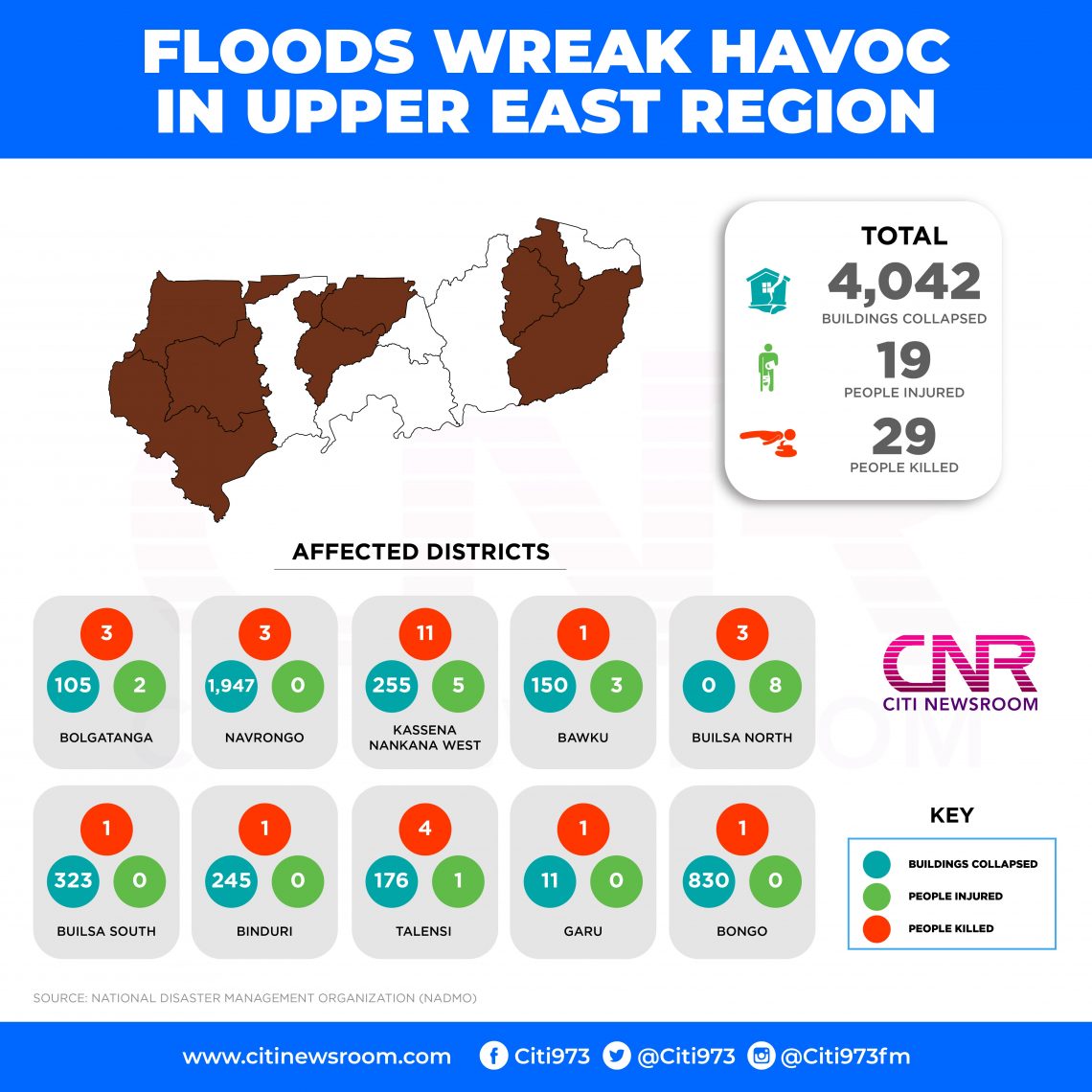