A woman has claimed a seashell she discovered on a British beach looks exactly like Osama Bin Laden.

She was “drawn to the curious-looking” shell during a walk with husband Martin, 62, as they celebrated their 42nd wedding anniversary.

Legal secretary Debra said she picked up the object and noticed it resembled the al-Qaeda terrorist.

The woman, from Brentford, west London, “fell apart laughing” and kept it “as a little memento”.

She said: “It’s not that often you find a seashell that looks like anyone at all, so finding Osama bin Laden was amazing.

“We’d all gone for a walk on the beach, which is covered in millions and millions of shells and pebbles. 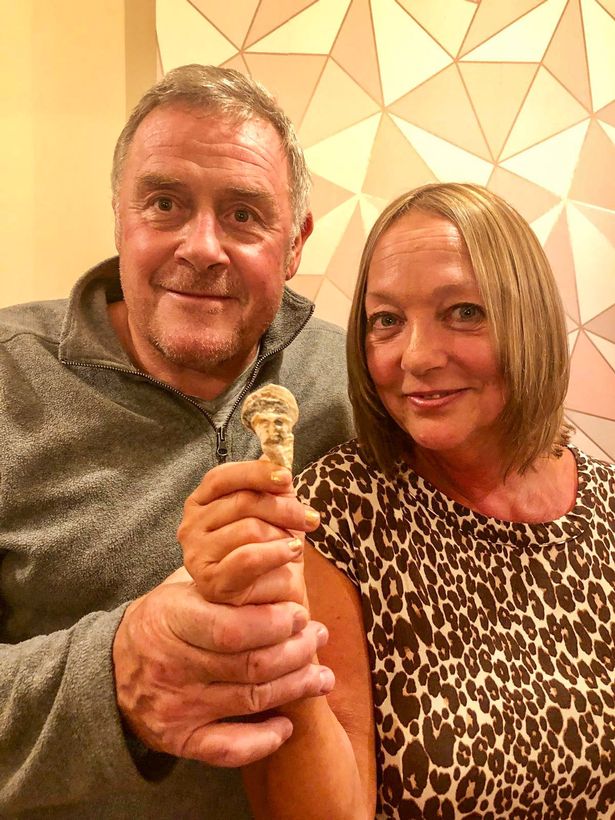 “I was drawn to this curious-looking shell, and went to pick it up. When I looked at it properly up close, I thought it looked like Jesus.

“I then saw a turban on the top, and realised who was staring up at me in the palm of my hand – Osama bin Laden.”

She added: “Funny that – as he was buried at sea too.”

Although most people believed the seashell resembled terrorist Bin Laden, others thought it looked like ex-Supreme Leader of Iran Ayatollah Khomeini.

Osama bin Laden was the founder of the militant Islamist organisation al-Qaeda and mastermind of numerous terrorist attacks, including the September 11, 2001 attacks on the World Trade Center in New York City.

Attacking journalists is an attack on Ghana’s soul – GJA warns

Attacking journalists is an attack on Ghana's soul - GJA warns