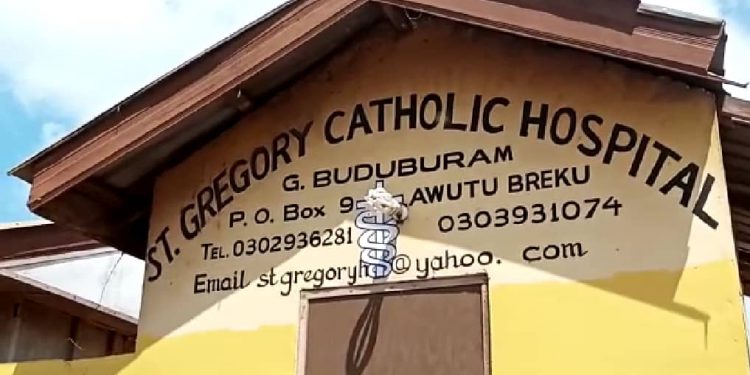 Over thirty students of the Gomoa Budumburam D/A Model “D” School Junior High School in the Central Region were on Friday hospitalized at the St Gregory Catholic hospital after suffering from severe abdominal pain and vomiting as a result of a dewormer administered to them by school authorities.

Confirming the incident to Citi News, Acting Medical Officer of the hospital Dr. Victus Kwame Lassey indicated that the students were rushed in with severe abdominal pain adding that no major casualty has been recorded.

“Apparently the school was giving the students Albendazole for the treatment of worms and sitosomiases but usually some drugs have side effects that is why some of the students had the reaction,” the Acting Medical Officer said.

“But once they are giving drugs to a huge number of people coupled with individual differences some of these things are bound to happen,” Dr. Lassey added.

He indicated that the hospital has treated and discharged some of the students, while others are still on admission.

“The after medication reaction is not a new thing and am sure we have all seen various inscriptions on some drugs pointing to its reaction after taking them so parents must not get too worried” the Acting Medical Officer explained.

Some students who spoke to Citi News said they were given four tablets to swallow but had severe pain and started vomiting afterwards.

“I started feeling dizzy and felt a sharp pain in my abdomen,” one student said.

“For me, they looked at my height and gave me the medicine, one of the teachers told me to come along with water to take the medicine,” another student added.

Some parents who couldn’t hide their anger told Citi News they would hold the school accountable if anything happens to their wards.

Obolo, one of the parents whose child was hospitalized expressed disappointment at the school authorities for giving the children medication without the supervision of a medical officer.

“I was at work when my neighbour informed me that my child was home and complaining of stomach pains so I rushed to the house only to find him in pain so I quickly rushed him to the hospital” she lamented.

” Honestly I don’t know what type of drug they gave to the children because some of them were saying it was malaria drug, others also said it was a dewormer.

It is, however, unclear where the drugs came from.