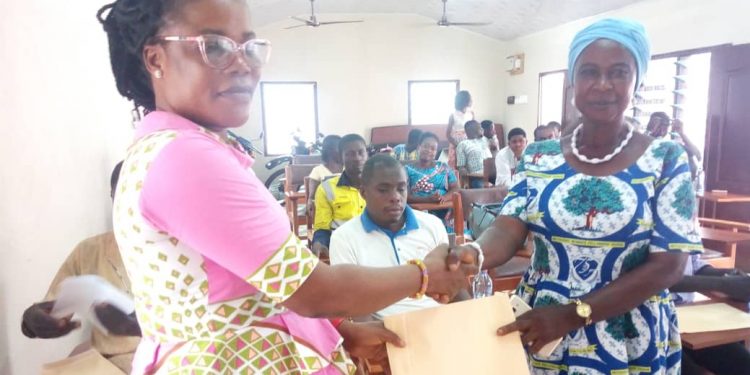 Eighty (80) students in the Obuasi East District of the Ashanti Region have been awarded a government scholarship at a cost of GH 63,200 to enable them pursue various academic programmes at the tertiary level.

Speaking at a ceremony, organized by the Obuasi East District Assembly to present the letters to the students, the District Chief Executive (DCE) for the Assembly, Faustina Amissah, stated that the government scholarship scheme has been there for a long time but the district level scholarship scheme falls in line with the strategic directive of President Nana Addo Dankwa Akufo-Addo to have the scholarship scheme decentralized to ensure that Ghanaians from all walks of life, irrespective of their backgrounds benefited from the scheme.

“The validity of the scholarship is subject to annual renewal and the scholarship is liable to termination in the event of misconduct, unsatisfactory progress in studies and failure to pass any prescribed examination,” she stated.

She further noted that it is the desire of the President to see all Ghanaian children have access to the best form of education.

Madam Amissah also encouraged the parents to ensure that they do not pay for what has already been taken care of by government, with a call on the students to study hard, return with the knowledge to help their communities.

Speaking on behalf of all the beneficiaries, Mr. John Mensah, a delighted parent expressed his appreciation to the President Nana Addo Dankwa Akuffo-Addo and the DCE for their timely intervention, describing the scholarship offered as a relief of the financial burden on parents.

He also promised to advise their wards to put up good behaviour in their academic journey.

The scholarship covers only tuition fees ranging from GH₵600 to GH₵3,000 depending on the institution of study and the course being pursued. 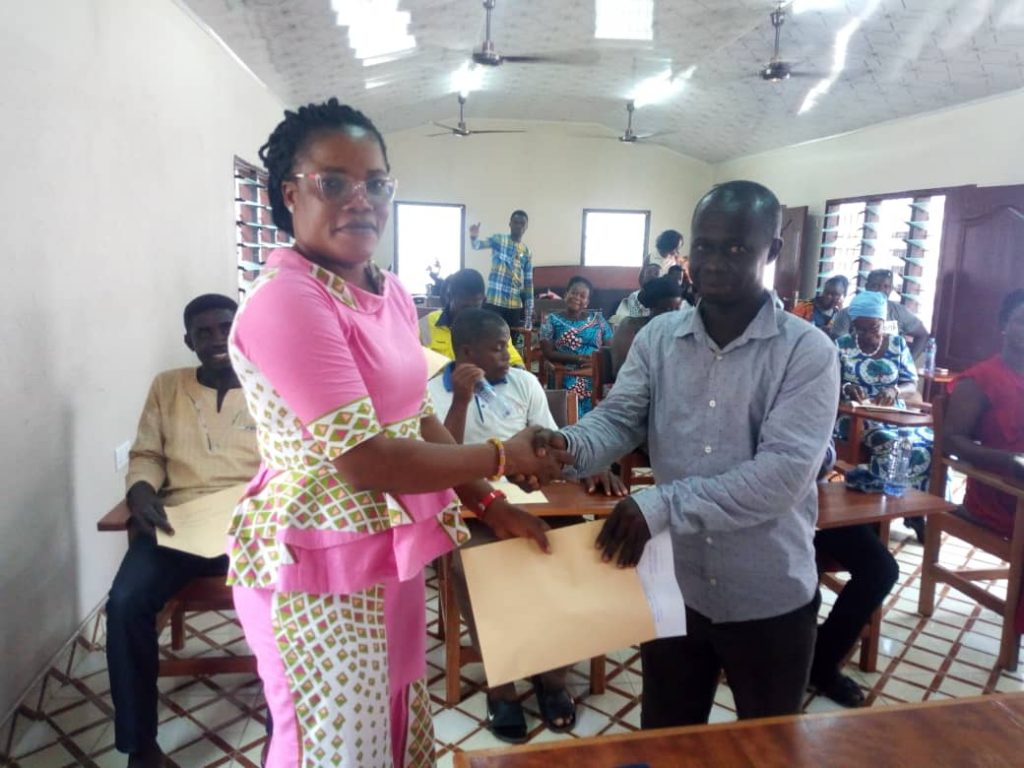