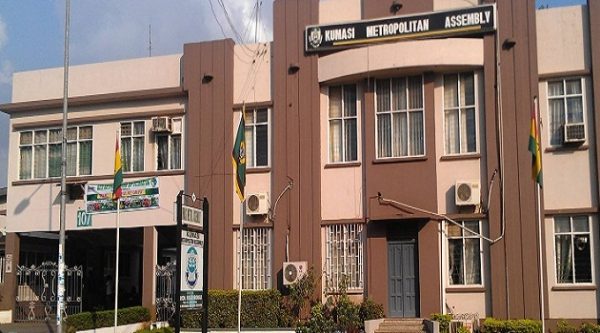 Authorities of the Kumasi Metropolitan Assembly, KMA have cautioned heads of basic and second cycle institutions within the metropolis to strictly comply with sanitation laws or risk closure.

The Assembly has threatened to initiate court actions against schools that do not adhere to its directive.

Speaking to Citi News after an engagement with some school authorities, the Metro Environmental Health Director, Isaac Bassanyin also directed school authorities within the metropolis to conduct fumigation exercises in their schools at least once every 6 months.

“What we are telling them is that there is a law which stipulates that every school should get a dustbin, toilet and their place of cooking should be devoid of infections. So we are here this morning to tell them that failure to do that, their schools will be sanctioned and sent to court for a closure.”

“We are appealing to all the heads because this is very necessary, there is a link between the health of the pupil and the school and if they don’t do that somebody might fall sick and out of that the school may be closed down so we are sending a strong warning to them that they should abide by the instructions given to them so that they can operate successfully.”

“As part of the education, we are saying that every school is to be fumigated against macro-organisms and micro-organisms. They can contact the office [KMA] to do it for them or they can do it on their own with the supervision of the office. It is quarterly and half-yearly, so if they are not able to do it in the quarter they must do it by the half-year.”

In recent times filth has become a major issue in the Ashanti Region.

A downpour in the Kumasi metropolis in October 2019 exposed city authorities’ inability to enforce sanitation by-laws and the continuous attitude by residents of dumping garbage into drains.

Choked drains were forced to bring out piles of garbage as most areas including the busy Dr. Mensah section of the Kumasi Market got flooded.