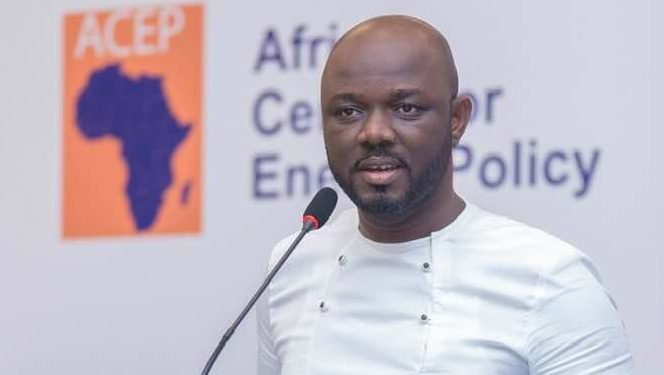 The African Center for Energy Policy (ACEP) is advocating for sanctions against contractors who execute oil-funded projects in a shoddy manner.

ACEP, which was joined by Oxfam America, to assess the Dawa Irrigation Project Site in the Ningo Prampram District which was rehabilitated in 2012, expressed disappointment at the poor quality of work done on the oil-funded project.

During a field trip conducted by Oxfam as part of its Extractive Industry Governance programme, the Executive Director of ACEP, Ben Boakye said:

“We have engineers who are paid with our money to monitor some of these projects and if they are not being efficient at monitoring and ensuring quality standards, there should be mechanisms to sanction them.”

“We have to now begin to sue some of these engineers and contractors to send a signal that they can’t continue to deliver poor quality jobs and get paid.”

The Public Interest and Accountability Committee (PIAC) has also had cause complain about the quality of such projects.

In September, PIAC finished findings on five ‘ghost and substandard projects’ and referred them to the Economic and Organised Crime Office (EOCO) for investigations.

PIAC is also partnered with the Office of the Special Prosecutor to investigate non-existent oil-funded projects in the country which budgets were approved for.

Farmers benefitting from the Dawa Irrigation Dam appealed to the government to, as a matter of urgency, reinforce the walls of the structure to save it from breaking.

“Now we are seeing that it is getting [deteriorated] so we are pleading for them to repair it for us so that when it is the dry season, we get the water to cultivate our crops,” one farmer said.

The irrigation site is about 55 hectares where farmers cultivate crops like okra, pepper, cucumber etc.

The GH¢570,903 project was under the petroleum revenue allocated for rehabilitation under the Ghana Irrigation Development Authority of the Ministry of Food and Agriculture.

The Public Interest and Accountability Committee (PIAC) had over the years complained about shoddy oil-funded projects.

It recently finished its findings on five ‘ghost and substandard projects’ and had referred them to the Economic and Organised Crime Office (EOCO) for necessary action.

Of the five oil revenue funded projects, PIAC gathered critical and convincing information from all the actors involved in the implementation.

Dr Steve Manteaw, the Chairman of PIAC, said this at the commissioning of the PIAC’s new office in September 2019.

PIAC is a non-political citizens-led additional oversight body that aids the ordinary citizen to receive regular information on the use of Ghana’s petroleum revenues.

He said, “for some of the projects, when you look at official government records and the implementing agency, it says the project has been implemented but on the ground, nothing has happened.”

“So we want answers to those questions such as where the money went and why the projects are none existent,” he said.