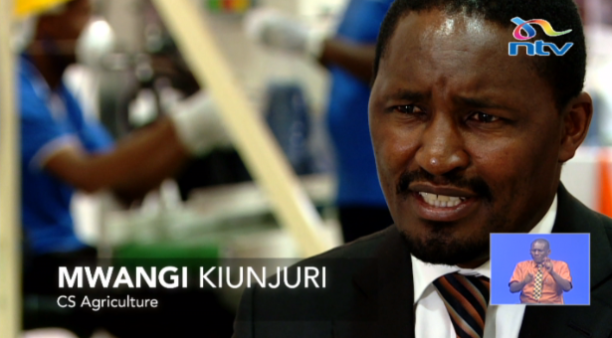 An investigation by a local TV station in Kenya revealing how lax policies have allowed food with high levels of a toxin called aflatoxin to be sold has sparked uproar over safety standards in the country.

The investigation by the privately owned NTV station tested 12 brands of wheat and maize flour.

Three were found to have aflatoxin contamination a few points above the recommended standard of 10 parts per billion, while seven samples still had detectable levels of aflatoxin. Two samples had no aflatoxin.

Aflatoxin, which is produced by a fungus in agricultural crops, is carcinogenic, meaning it can cause cancer.

Last week the Kenya Bureau of Standards (Kebs) suspended five brands of maize found to contain aflatoxin and warned the public against using them.

Doctors interviewed by NTV linked the prevalence of liver and cervical cancer to high levels of aflatoxin found in maize in the Rift Valley region.

Agriculture Minister Mwangi Kiunjuri, who was also interviewed for the TV investigation, confirmed the prevalence of aflatoxin contamination in food in the country.

He said he worried that animals reared for human consumption, like cows, could feed on the contaminated food products leading to the toxins being passed on to consumers.

In 2009, then Kebs Chief Executive Kioko Mangeli revealed that Kenyans had been eating contaminated imported maize since 2008, with the full knowledge of the government.

“I’m more than 100% sure that it affects people and that within the next 10 to 15 years we will also have serious cases of cancer based on this maize,” Mr Mangeli told a parliamentary committee at the time.

The hashtag #WhiteAlert is trending on Twitter with many Kenyans calling for the arrest of government officials charged with enforcing food safety standards.