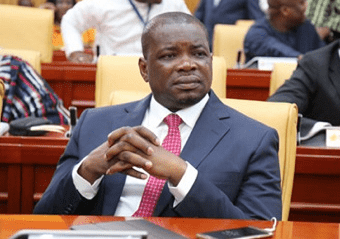 The Volta Caucus in Parliament has issued a 48-hour ultimatum to government to apologize to the Chiefs and indigenes of the Volta Region for omitting the region from the critical list of road projects to be worked on in 2020, from the budget statement.

According to Ranking Member on the Roads and Transport Committee, Governs Kwame Agbodza, it is unconstitutional for the region to be discriminated against in terms of development.

Addressing the press in Parliament, Mr. Kwame Agbodza who described the Finance Minister’s omission of the Volta Regional roads in the 2020 budget as a “cardinal sin” queried why the Finance Ministry has failed to, up till now, rectify the mistake.

“We condemn this unconstitutional conduct of Government and demand that within 48 hours the Chiefs and indigenes should apologise to and the region should be considered for its fair share of project.”

The Adaklu Constituency MP also disclosed that the Volta Region caucus has refused to accept the Senior Minister’s claims on the Citi Breakfast show earlier today about the omission being an “obvious mistake”.

Mr. Agbodza also accused government of deliberately leaving out the Volta Region due to the region’s voting pattern in the past elections years.

“We have noted attempts by the Government functionaries to explain why this cardinal sin perhaps the Senior Minister’s as this being an omission and mistake is untenable. When was the obvious mistake detected and how come no correction has been detected as we speak.”

“We in the Volta caucus refuse to accept the unconvincing excuse of this mistake. We are convinced that this was a grand scheme to discriminate against the Volta Region by denying our constituents their fare share of the national cake just because of their voting pattern.”

Following concerns over the absence of road projects for the Volta Region in the 2020 budget, Senior Minister, Yaw Osafo Maafo on Citi FM’s breakfast show today said there was a mistake in the document.

“It was obviously a mistake,” the Minister explained noting that he was also taken aback by the omission.

“When I also saw it, I asked myself, how could it be because there were 15 regions instead of 16 and I asked him [the sector minister] and he said we have a whole list for the Volta Region.”

Mr. Osafo Maafo also said that the Eastern Corridor road was due to receive attention in 2020.

A Deputy Finance Minister, Charles Adu Boahen, yesterday also said he was surprised about the omission of the Volta Region in the distribution of the road projects in the 2020 budget.

The Finance Minister in delivering the 2020 budget statement stressed on government’s focus on fixing roads across the country in 2020 and beyond.

“To get the road sector moving and contractors back to work, government will pay 80% of all contractors,” the Finance Minister said,

The government has also identified what it described as “critical roads” across each of the 16 regions in the country.