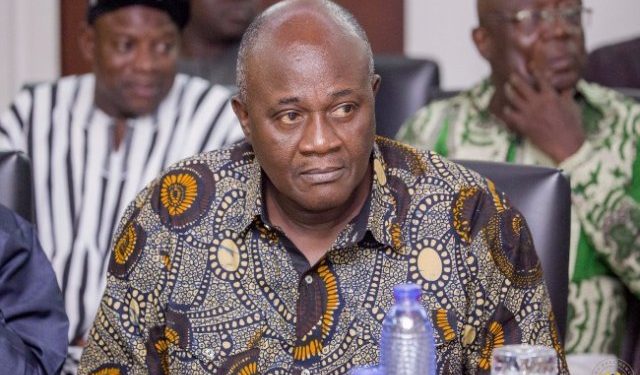 There is a divided opinion on the referendum with the two major political parties sharing divergent views – the opposition National Democratic Congress (NDC) arguing that government has not held even a single engagement with them on the upcoming exercise.

Traditional leaders are also not on the same page after Chairman of the Governance Committee of the National House of Chiefs, Ogyeahoho Yaw Gyebi II disclosed that the stance of the House for a NO vote did not represent the collective view of the chiefs.

But, speaking to journalists, the Minister said it will only be prudent if the referendum is totally withdrawn given what he terms as “ridiculous arguments” about the exercise.

“People are saying we should postpone it. But I am asking why it should be postponed? We should withdraw and forget about it. The whole issue is about a president who wants to deepen multi-party democracy at the district assembly level. It is happening in other countries so the ridiculous argument of dividing the country further doesn’t make sense. We are deepening the principle of multi-party democracy at the district assembly level and they say that will divide the country because there is a division at the top. People put out such baseless statements; gain currency and I am amazed.”

The House of Chiefs had insisted that its stance on the proposed referendum was thoroughly discussed by its Standing Committee and at a general meeting.

The NDC has strongly urged Ghanaians to vote against the proposed amendment of Article 55 (3), which seeks to allow political participation in local assembly elections.

The Minister for Local Government and Rural Development, Hajia Alima Mahama had also expressed surprise at the sudden shift of position by the NDC.

The Minister said this was something she found shocking, considering the fact that the party had agreed by consensus in Parliament that article 55 (3) should be amended to allow the election of Metropolitan and Municipal District Chief Executives (MMDCEs) on partisan bases.

The December 17 referendum is to decide on a possible amendment of Article 55 (3) of the 1992 Constitution to enable political parties to sponsor candidates for local level elections.

The outcome will have either of the following outcomes: If the electorate votes YES, the election of MMDCEs, Assembly and Unit Committee Members in the near future will be on a partisan basis.

If they vote NO, then the election of these candidates for the local level elections will be on a non-partisan basis as being practised now.