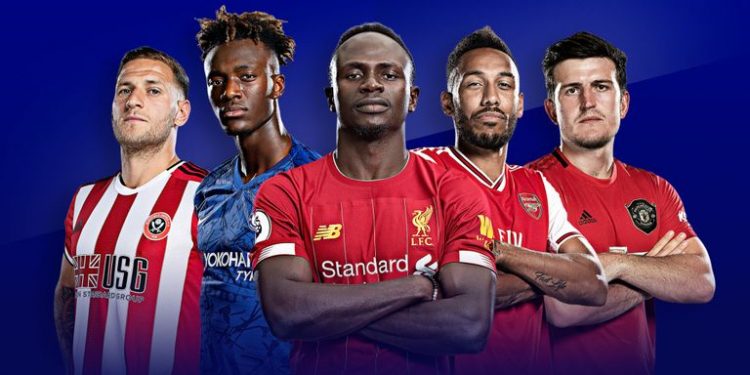 The Premier League returns this weekend with exciting fixtures all around and with today being Black Friday, the odds on some of the games on Betway are tantalizing.

All games are live on Citi 97.3 FM, the official radio broadcast partner of the Premier League in Ghana.

Here are the best picks for a selected group of games.

Surely, with 9 points behind title rivals Liverpool already, dropping points again at Tyneside will be catastrophic for Pep Guardiola’s men.

City have developed the habit of picking themselves up impressively following a defeat. The did that against Chelsea last weekend after they were beaten by Liverpool the week before.

Pick a handicap victory for City at 1.54 odds on Betway.

This London derby should be entertaining, that’s what Chelsea have guaranteed in abundance this season.

15 goals in the first half alone is testament to that. Frank Lampard’s men were unfortunate to lose to Man City last week, matching the champions for quality and beating them to possession for the first time in Guardiola’s reign.

West Ham have been poor, their last victory coming in September and manager Manuel Pellegrini under increased pressure at East London.

Though Chelsea will be without their talisman, Tammy Abraham through injury, I’m picking them to win this but given their tendency to concede goals, I’m also backing West Ham to score.

Pick Chelsea to win and both teams to score on Betway at 2.31 odds.

Liverpool are highflying at the moment, beating anything that comes their way, home or away, having dropped points in just one game so far this season.

Brighton on the other hand, have struggled on the road with just one win in six, but they have already had to travel to Man City, Chelsea and Man United. After this weekend, they then travel to Arsenal. Fair play to them.

Liverpool have struggled to keep cleansheets this season but I’m backing them to win and pick a clean sheet against the Seagulls.

Back Liverpool to win and Brighton not to score at 1.88 odds on Betway

The Jose Mourinho era has been surprisingly entertaining so far with 11 goals in his two games in charge – he won’t want that to continue! Defensive problems will take a while to sort out, and while he brings in that solidity you can still expect goals at both ends during Spurs games.

And that’s exactly what we should see on Saturday against a decent Bournemouth side who are more than capable of troubling this Spurs defense but who usually find Spurs too strong.

The Cherries are yet to find the back of the net in a Tottenham away game, but now’s the time to change that run and the way Spurs have been defending of late they’ll get enough chances to break that duck.

It looks like a Spurs win and both teams to score at first glance and there aren’t enough reasons to put you off going that way in the betting.

So here we go:

Chelsea vs West Ham (Chelsea win and both teams to score)

Liverpool vs Brighton (Liverpool win and to keep a cleansheet)