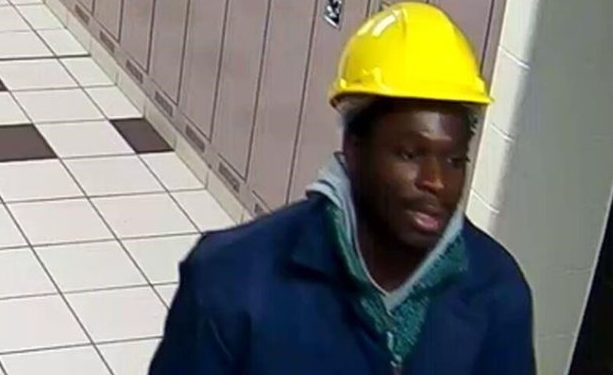 Toronto police have arrested a man they believe is behind a series ‘feces-dumping’ attacks on five people on two college campuses.

Police arrested the 23-year-old suspect Samuel Opoku, of Toronto, around 6pm on Tuesday evening after police circulated surveillance photos of him and pleaded for help from the public in identifying him.

The man is believed to have launched three bizarre attacks where he dumped a bucket of liquid fecal matter on five unsuspecting victims, who all happen to be Asian, all in a matter of four days.

‘We thank the community for their help and their support with this investigation,’ Constable Alex Li said to CP24. ‘It is quite disturbing, but our team has put all our resources together and thankfully we’ve made an arrest on an individual and that person is going to answer to the charges in court tomorrow.’

The latest attack was on Monday night where he allegedly targeted a female outside of a University of Toronto building.

The feces thrower first struck on Friday after entering the John P. Robarts Research Library on the University of Toronto campus around 5.20pm.

He allegedly walked over toward two people seated at a table and poured the bucket of liquefied fecal matter on those individuals.

The suspect struck again on Sunday after entering the Scott Library on the York University’s Keele campus around 5pm and he ‘deposited a substance, suspected of containing fecal matter’ on a woman and man.

Police released surveillance camera images of the suspect in the York incident on Monday evening where he’s pictured smiling and carrying a bucket with a handle.

Face to Face with the CEO of Ghana Tourism Authority, Akwasi Agyeman

Face to Face with the CEO of Ghana Tourism Authority, Akwasi Agyeman