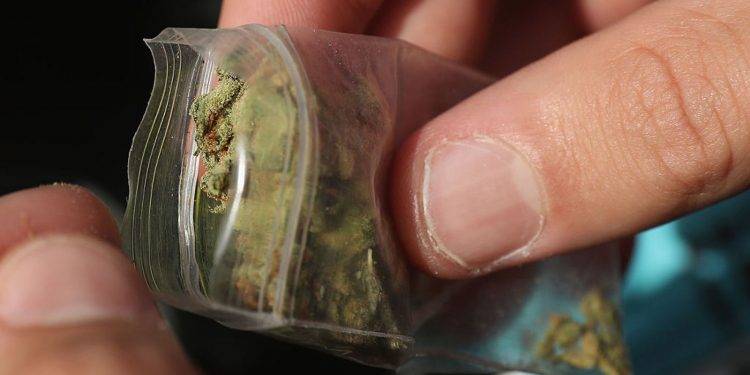 A man who attempted to smuggle cannabis into prison by hiding it in a balloon up his nose has retrieved the drugs more than 18 years later, after mistakenly believing he had swallowed the package.

His doctors reported on the “unique case” in a paper published in the British Medical Journal under the heading of “a nose out of joint”.

According to the lead author Dr. Murray Smith of Westmead Hospital in Australia, the patient was first given the cannabis inside a rubber balloon when his girlfriend visited him in prison.

The man inserted the package into his right nostril to hide it from the prison guards and smuggle it into the facility.

However he was unable to retrieve it once he slipped past them, and eventually mistakenly believed that he had accidentally swallowed it.

Over the next two decades, the balloon developed into a rhinolith, a stone in the nasal cavity formed as calcium and magnesium salts slowly built up around the rubber.

This caused the patient regular sinus infections and frequent complaints about nasal obstructions, but it wasn’t until these developed into painful headaches that he sought treatment.

Investigating the mysterious cause of the man’s headaches, his doctors performed a CT scan and discovered a “rubber capsule containing degenerate vegetable/plant matter” which was then surgically removed.

Three months after the surgery, the patient reported that all of his symptoms had disappeared.

Samsung, Electroland celebrate 50th Anniversary with ‘Buy and Get’ promo

Samsung, Electroland celebrate 50th Anniversary with 'Buy and Get' promo