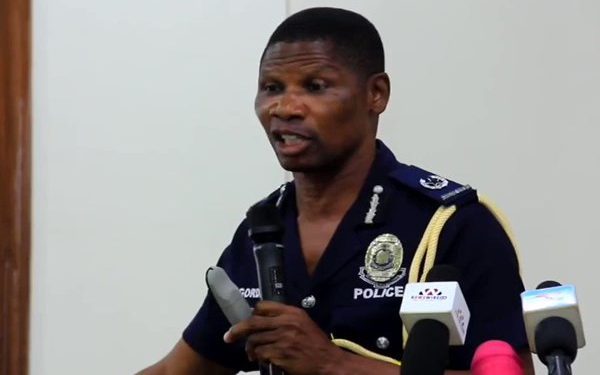 The former Director of the Transformation Office of the Ghana Police Service, ACP Dr. Benjamin Agordzor will be arraigned today at the Kaneshie District Court.

This comes after he was denied bail by the BNI for two nights over his alleged involvement in the suspected plot by some persons to destabilize the country.

He is the third top police officer to have been invited and questioned for his alleged involvement in the supposed plot.

ACP Agordzor’s lawyer, Martin Kpebu, told the media that his client was interrogated based on his participation and comment in a WhatsApp group created by the supposed leaders in the destabilization plot.

“It turned out that, the BNI are unwilling to grant him bail. They rather said they will arraign him at the Kaneshie District Court [this morning] so we go and apply for bail in that court. But this is the smack; we know that the District Court has no jurisdiction to try this matter. So it means that frankly speaking, we can’t get bail in that court. So we will take steps to go to the High Court to get him bail.”

Meanwhile, the family of the suspect and his lawyer say it appears he’s only a victim of witch-hunting by the state.

“The police service itself had complained and proposed to the constitutional review commission that they want to be independent. What is strange about this? They are not asking for the moon. Definitely, this is witch-hunting and not coup d’état.”

The BNI and National Security operations have confirmed that former Executive Secretary at the office of the IGP, Superintendent Peter Toobu Lanchene has also been invited for questioning.

More factories to be rolled out in 2020 – Kyerematen

More factories to be rolled out in 2020 - Kyerematen