Galamsey to blame for several mine related crashes – Lands Ministry 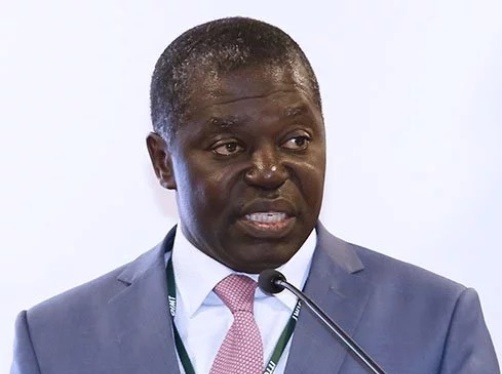 The Ministry of Lands and Natural resources has attributed the rise in mining-site accidents to the activities of illegal miners.

Deputy Lands and Natural Resources Minister, Benito Owusu Bio, in an interview on Eyewitness News, said Ghana was noted for safety until the rise in illegal mining brought several accidents.

“Until the accidents from our illegal mining sites started occurring, Ghana, especially our mining industries and our mining companies have a very good record in terms of safety. And I will say we pride ourselves in that, and we will always ensure that we cooperate with them and make sure that we keep to those strict rules. So Ghanaians should be rest assured, it is just unfortunate that this accident has occurred.”

The Yenyeya and Pabortaaba mining groups operating in the Upper East Region on Tuesday, November 19, 2019, confirmed the death of two of its workers through an accident on its site.

The two, Jonathan Tengbil and Solomon Toshongba were reportedly hit by some large boulders as they watered a working area yesterday.

In a press release, the company said the victims were rushed to the regional hospital in Bolgatanga where they were pronounced dead by medical personnel.

Responding to a question as to actions the Ministry intends to take on the matter, the Minister said his outfit had dispatched a team to conduct investigations at the sight and issue recommendations for an action to be taken.

“We got information about it yesterday and immediately the Minerals Commission tasked their inspectorate division to move straight to the Upper East Region so as to ascertain the situation at the mine. As we speak now we have just received some preliminary reports from them. Very soon we will have the full detailed report which will come with recommendations to help us find out if this accident could have been avoided”.

Meanwhile, the mining company has expressed readiness to comply with any directives from the Minerals Commission to ensure the improvement of safety in their mines.

Public Relations Officer of the mine, Maxwell Wooma, in an interview on Eyewitness News said they had conducted the necessary safety checks on the mine before allowing the personnel to work.

“The safety boss had already cleared the area and declared it habitable for them to work. It is unfortunate that while they were watering this area a rock fell on them from the top of that shaft. A lot of hazardous conditions have already been created in our mine as a result of intrusion by illegal miners, so we cannot rule out the possibility that while this shaft was left and some other faces of the mine were being developed on, there might have been some other activities that may have caused this.”

“We have reported the accident to the relevant authority, they will soon be with us to conduct their investigation, whatever they find out or whatever decisions they will take, we cannot preempt it. But we are prepared to implement whatever recommendations that they will bring to us to ensure that this is a safer working environment.”