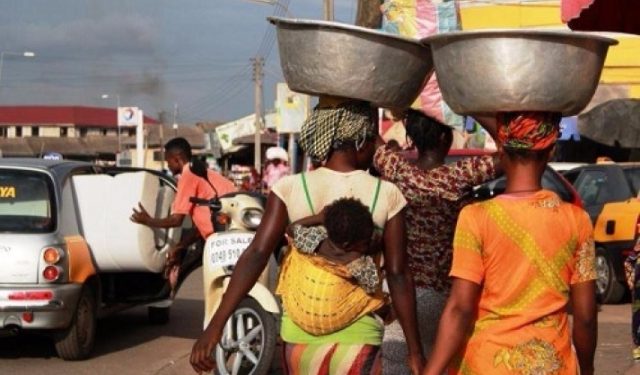 As part of plans to provide jobs and accommodation for head porters, popularly known as ‘kayayei’ in various parts of Accra, the government has disclosed plans of putting up a hostel facility for these women.

Presenting the 2020 budget statement in Parliament on Wednesday, the Finance Minister Ken Ofori-Atta said the construction of the hostel will begin in December 2019 at Agbogbloshie, a suburb of Accra.

“Mr. Speaker I am happy to announce that preparations are now complete and the construction of the first 600-bed kayayei hostel will commence in Agbogbloshie next month to provide accommodation and skills training to these vulnerable young women,” he noted.

This move hinted by the government to build a hostel facility for the kayayei comes as an implementation of a campaign promise made by President Akufo-Addo before his government was voted into power in 2016.

According to him, the intention to build the facility was to provide decent accommodation to the kayayei and save them from sleeping under perilous living conditions.

On the back of this, the then-President John Mahama described Akufo-Addo’s promise as insulting and asked him to find a better way of alleviating the hardships of the head potters.

He said: “Because you [Nana Addo] are desperate to win, you are promising free everything; I will give free healthcare to children under 18 years. It is being implemented already…He says he will give free hostels to Kayayei. That is the most insulting one. So our girls should remain there and continue to carry people’s goods. If you have a sickness, you must go to the cause of the sickness; you don’t treat the symptom.”

He then promised that if he is retained as President after the 2016 elections, his administration under his watch will train about 10,000 kayayei for employment.

President Akufo-Addo earlier in 2019 directed the National Entrepreneurship and Innovation Programme (NEIP) to give kayayei in the country an amount of GH₵2 million.

According to the Chief Executive of NEIP, John Kumah, the said amount was to serve as seed capital for the head porters to be able to start their own businesses.

He said that his outfit in collaboration with the Business Development Ministry was working to help transform the lives of head porters across the country.