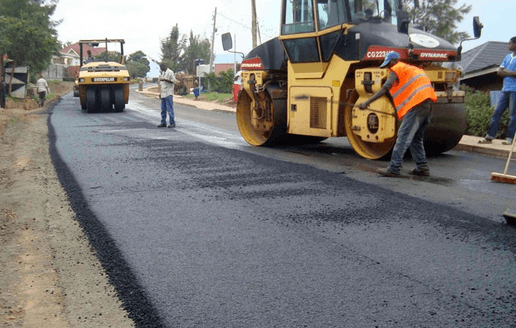 The Chairman of the Ghana Chamber of Construction Industry, Emmanuel Martey, has urged the government of Ghana to make provisions for the payment of contractors who have been awarded contracts to build or fix particular roads in the country.

According to him, this is to prevent the continuous situation where road contractors do not receive their monies during or after road projects, hence abandoning the project midway or being left stranded after its completion.

The government in efforts to address the poor nature of roads in major parts of the country has declared 2020, as the “year of roads”.

While presenting the 2020 Budget in Parliament on Wednesday, the Finance Minister Ken Ofori Atta said the government will largely focus and prioritise road projects to improve infrastructure in that sector and bring an end to the cries of Ghanaians for better roads.

It was also promised that all debts owed road contractors will be paid off.

“Mr. Speaker, this is why we are going to focus more on fixing our roads across the country in 2020 and beyond. To get the road sector moving and contractors back to work, the government will pay 80% of all contractors,” Ken Ofori-Atta said.

But Speaking to Citi News on the back of this, Mr. Martey advised the government to stop the practice of not paying road contractors after they have fulfilled their part of the contract.

“Coming from where we are now in the past we would urge that actual provisions should be made for the payment of the things listed in the budget so that we would avoid the situation where the roads will be constructed and then we don’t have money to pay for. That is where we are coming from.”

“So we have always been advising the government that if you set yourself to do Road A, then plans must be set aside to be able to execute and pay for the project when it is finalized,” he said.

Though he expressed readiness in solving the poor road situation on the part of the contractors, he mentioned that the government’s plans can only be achieved if they show commitment to what they say they will do.

He noted: “Anything under the sun is possible once there is commitment and will. It is said that if the politician wants to do anything, he is able to do it. If we are committed and we see that as a priority and allocate a lot of resources to that, it can be done. As for the contractors, we are ready. Once we are commissioned to do a project and there is budgetary provision for it, we are ready to work on them.”

The government had earlier asked all road contractors to return to site and ensure the successful completion of all their abandoned road projects.

This came after the Ministry of Roads and Highways acquired some GH₵2.2 billion by to pay all debts owed road contractors.

In a statement released by the Ministry and signed by the sector Minister, Kwasi Amoako Attah, GH¢1 billion of the money was to be used to pay contractors funded through the consolidated fund, while the GH¢1.2 billion will be paid into the Road Fund to settle other debts.

This year has had the deplorable state of roads in various parts of the country as a major issue which has led to many protests and even some violent demonstrations by residents of several areas.

The most recent demonstration is one that took place at Samreboi in the Western North Region a few days ago.

Traditional leaders and residents of embarked on a massive protest to register their displeasure over the bad nature of roads from Samreboi to Prestea Nkwanta.

The demonstrators created a blockade at the Aboi junction on the road from Samreboi to Asankragwa to express their disgust with the poor state of the 74-kilometre road which runs through the Mumuni and Prestea junctions.

They also burned tyres and wielded placards with varied inscriptions to drum home their demands.

Meanwhile, President Nana Akufo-Addo has said his government is committed to addressing the problem of bad roads in the country.