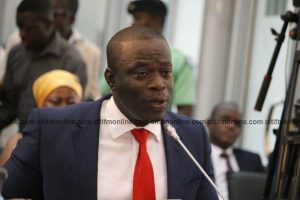 Private Employment Agencies that recruit to the Gulf Region have called on the Ministry of Employment and Labour Relations to give out a detailed roadmap and timelines for the lifting the ban on recruitment to such countries.

The Agencies earlier complained that a blanket ban on recruitment to the Gulf zone was taking a toll on their business.

The supervising Ministry had told Citi News that efforts were being made to sanitize the processes to curtail harrowing experiences people go through in the Gulf when recruited and posted to that region.

A member of the licensed Private Employment Agencies, Nana Kwasi Awuku, however, insists the Agencies only want a clear roadmap on the matter.

But that was way back in 2017 but since then what we have been hearing from the ministry is the fact that they are trying to sanitize which we understand but the only problem that we have at the moment is that the focus was always on the domestic, now it appears that all other trades and professionals are affected. We have given enough time, it’s a two and a half years now, the thing is that information coming to us suggests that the inter-agency committee that was set up to advise the minister made a recommendation to the minister way back in September 2017. We have not heard anything since then, and it’s been two years now. So we welcome the approach, we welcome the minister for trying to sanitize the system. All we plead is, can he give us a date so we know what we are working towards?”.

Following reports of maltreatment meted out to some Ghanaian workers in the Gulf States, Government in 2017 placed a ban on such recruitment activities as part of efforts to sanitize the sector as reports of Ghanaian workers suffering abuse in these countries increased.

Employment and recruitment agencies have recently complained about severe losses due to the ban though government has initiated processes to lift the ban on the export of labour to countries in the Gulf Region.

However, Deputy Minister for Employment and Labour Relations, Bright Wereko-Brobbey assured them that a migration policy document will soon be sent to Cabinet for approval to enable the suspension of the ban.

17th December referendum not for election of MMDCEs - NCCE