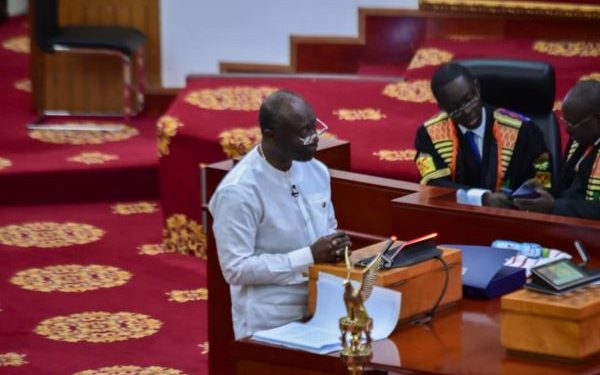 The Hoteliers Association of Ghana is unhappy that the 2020 budget failed to rate the general performance of the Year of Return.

“…The Year of Return which we trumpeted so much this year, at least at this point that the budget is being presented for next year, we should have had some information about the performance of the Ministry [of Tourism] in terms of the numbers that came in and the projected amount of money that has been injected into the system because of the Year of Return,” President of the Hoteliers Association, Dr. Edward Ackah Nyameke said in a Citi News interview.

In the 2020 budget statement presented to Parliament last week, the Finance Minister, Ken Ofori-Atta, noted that the Year of Return had increased tourism in the country but failed to give details.

The government in the budget statement also listed a number of benefits the country derived from the Year of Return in terms of some agreements signed with other countries including Barbados.

The Finance Minister said the following while presenting the 2020 budget statement:

“We launched the ‘Year of Return’ to mark the 400th anniversary of the first slaves taken from Africa to the Americas. It has resulted in increased tourism.”

“H.E. Nana Addo Dankwa Akufo-Addo, President of the Republic took the opportunity of his visit to the Caribbean to invite people of African descent to participate in activities planned for the “Year of Return” marking the 400th anniversary of the arrival of the first enslaved Africans to the Americas in 1619. The outcome of the visit also included a request by Barbados for the supply of over 375 Ghanaian nurses to make up for the shortage of nurses in the hospitals and healthcare centres in Barbados, as well as the signing of Air Services Agreement with Guyana, St. Vincent, the Grenadines and Barbados.”

“Mr. Speaker, Ghana also signed a number of MoUs during the President’s official travels, among others, with car manufacturing giants such as Toyota, Nissan, Sino Truck and Volkswagen and a host of multinational companies (building factories) in Ghana. Additionally, the Ministry signed visa waiver agreements with Malta, Jamaica, Angola, Guyana and Suriname which when ratified will exempt officials from both countries carrying Diplomatic, Service and Official passports from applying for visa when entering each other’s country.”

But the Hoteliers Association of Ghana is not enthused as its president, Dr. Edward Ackah Nyameke insisted, among other things, that the revenue generated from the Year of Return ought to have been captured in the budget.

“This doesn’t excite us too much. It doesn’t tell us that in the year 2020 we’ll be receiving this X number of tourists in the country because we have the events and meetings going on that will attract this X number of people,” Dr. Nyamekye said.

The Year of Return Ghana 2019 is a marketing campaign targeting Africans in the diaspora to mark 400 years since the first slaves arrived in Jamestown, Virginia.

It was launched by President Akufo-Addo in September 2018 in Washington D.C.

Some diasporans who have come to Ghana in celebration of the Year of Return include actors Samuel Jackson and Danny Glover, musician Deborah Cox, Mutabaruka who performed at the launch of the Africa Culture and Wellness Festival, the Association of Black Woman Attorneys from New York, and comedian Steve Harvey and his wife who have still not returned back to the United States of America.

The Minister of Tourism, Arts and Culture Babara Oteng Gyasi had earlier expressed optimism that the interests and investment the “The Year of Return” has generated will spill over into the year 2020.

“The Year of Return is just the foundation and we are leveraging and building on it going forward and we are going to derive immense benefit from it,” she noted.