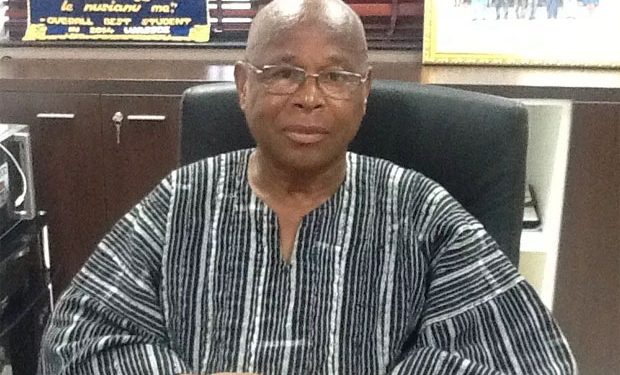 The Member of Parliament for Ho Central, Benjamin Kpodo, has said the controversy around the Western Togoland movement demands National Security attention.

Speaking to Citi News, he cautioned that the issue must not be treated as a localised problem.

“From my end and quite a number of my colleagues, we think it is a national issue so the national apparatus for dealing with such security problems should take over. It should not be regionalised.”

“Should we call MPs of those respective regions to go and deal with the issue? No. This is a national issue so I think reference should not be made to the Volta Region… It even goes beyond only National Security. The political authorities in Ghana should take it up and handle the issue.”

The group declared the Volta Region through to parts of the Upper East region as the independent ‘Western Togoland State’.

The leader of the group, 80-year old Charles Komi Kudzordzi, popularly known as Papavi Hobedetor, made the independence declaration at a public gathering in Ho on Saturday, November 16.

He is yet to be arrested by security officials.

Five members of the Western Togoland movement have been remanded on charges of treason felony after being arraigned at the Ho District court on Wednesday.

It was also alleged that group leaders were training some youth to form the core of police and military activities in the supposed new country after the declaration of independence.