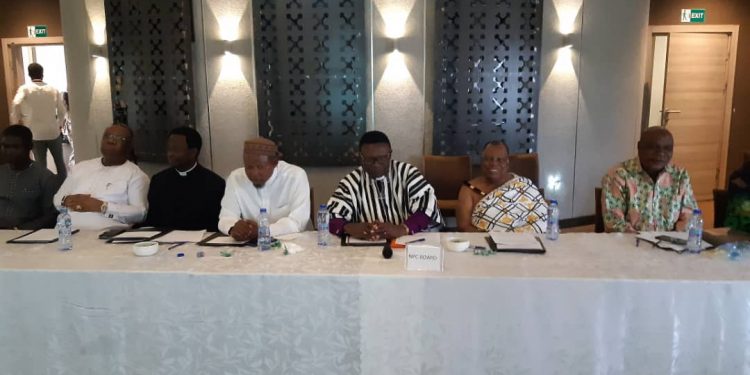 Some clergy members at the vigilantism dialogue

The National Democratic Congress (NDC) did not show up for discussions on the draft roadmap to address political vigilantism.

The NDC, one of the main stakeholders in the discussions, was absent due to circumstances beyond its control, according to the National Peace Council. 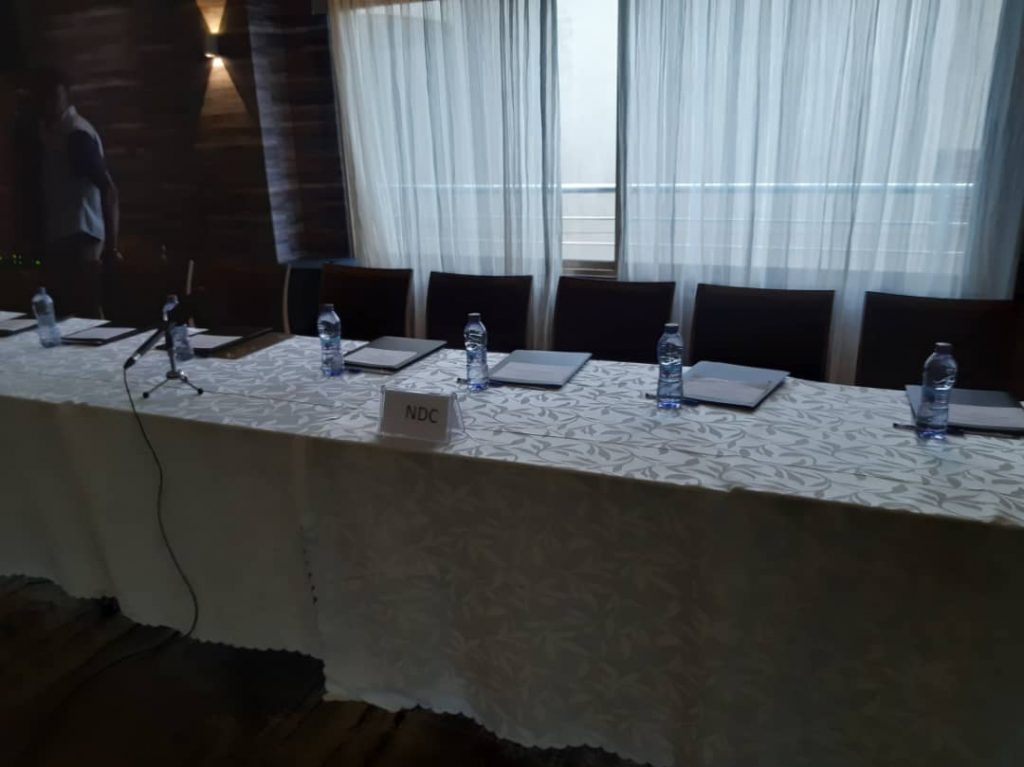 The council’s chair, Professor Emmanuel Asante, however, added that the NDC has received a copy of the draft roadmap.

“They [the NDC] are fully aware that this document is being discussed. The outcome will be conveyed to them and a date will be set for the public signing after we have endorsed it.”

The National Peace Council called on the New Patriotic Party (NPP) and the NDC to honestly endorse and adopt the Draft Roadmap and Code of Conduct on political vigilantism.

By the end of the deliberations, the NPP had accepted the roadmap in principle.

This outcome is expected to be conveyed to the NDC. 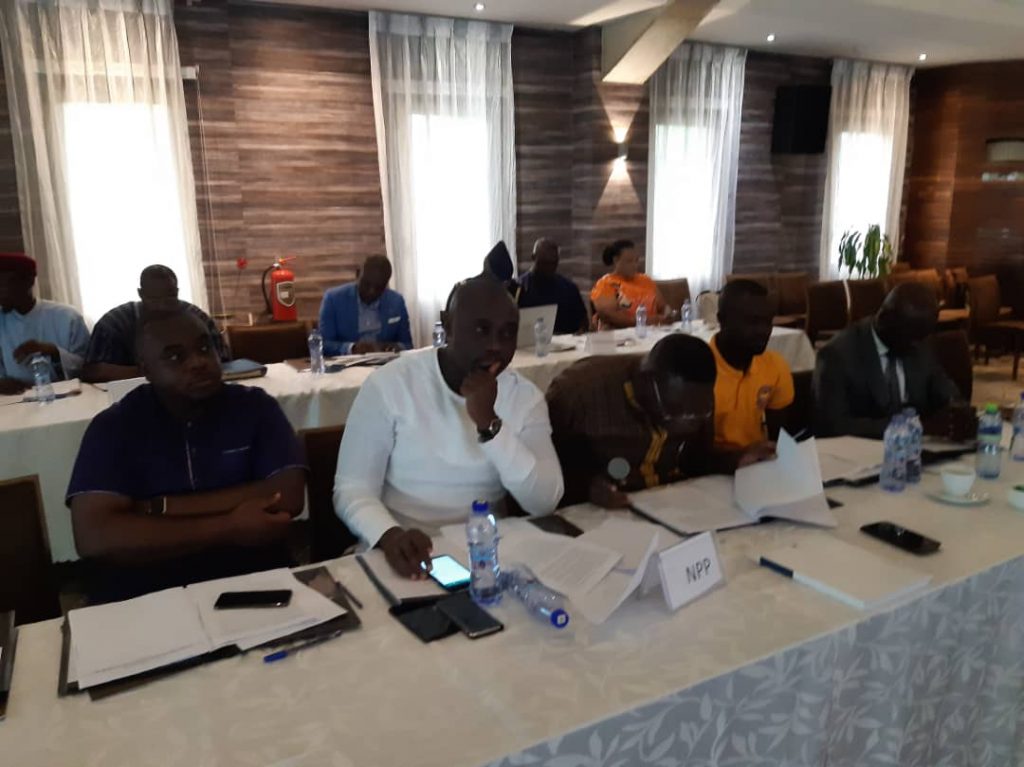 The document has been developed by a Technical Committee as part of ongoing dialogue aimed at ending political vigilantism.

Speaking at the commencement of today’s dialogue, Prof Asante said the document will assist existing legislations and other frameworks on ending the vigilantism.

The dialogue was instituted by the National Peace Council following the events that violence that erupted at the Ayawaso West Wuogon Constituency by-election.

Though there were initial bumps between the NDC and the NPP, both parties have said they are committed to ending political vigilantism.

In line with tackling vigilantism, President Nana Akufo-Addo gave his assent to the Vigilantism and Related Offences Act, 2019 in September, which bans acts of vigilantism in the country.

Per the law: “a person who directly or indirectly instigates or solicits the activity of a vigilante, facilitates or encourages vigilantism, or conceals a vigilante to avoid lawful arrest, commits an offence, and is liable, on conviction, to a term of imprisonment of not less than 10 years and not more than 15 years.”