NDC to observe nationwide weeding day in honour of Mahama 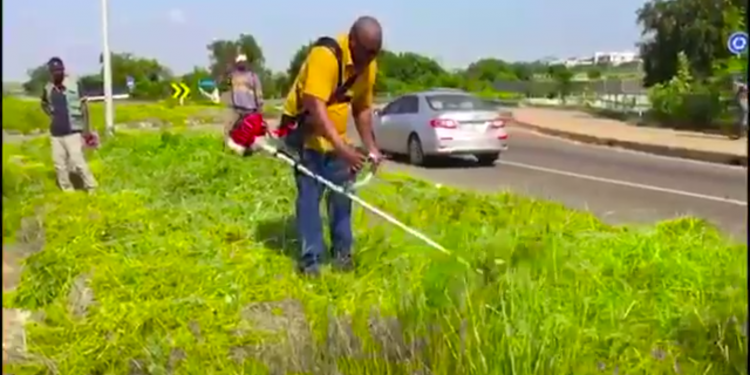 The opposition National Democratic Congress (NDC) says it will on this Saturday [November 16, 2019] embark on a nationwide weeding and clean-up exercise to honour its flagbearer, John Dramani Mahama.

This comes barely a week after John Mahama cleared some weeds in the capital – an action the party says is worthy of emulation and also a clear indication that the governing New Patriotic Party (NPP) has failed in the country’s sanitation drive.

In a memo written to all its constituency organizers, the NDC said this exercise is aimed at addressing the sanitation conditions in every part of the country.

“This is to bring to the attention of all Constituency Organizers that the party shall observe a nationwide weeding and clean -up exercise on Saturday, 16th November 2019 in all Regional and District capitals in honour of the flagbearer of the NDC, H.E John Dramani Mahama.”

According to the party, the act of Mr. Mahama resummoned the spirit of the National Sanitation Day which was introduced by him.

“This exemplary leadership, the party believes must be replicated across the country in order to rid the country of filth that has engulfed us under the watch of Akufo-Addo and his failed Sanitation Minister.  The rank and file of the NDC are therefore entreated to take note and help make this exercise a success.”

Former President John Dramani Mahama on Saturday led a section of his security detail to clear overgrown weeds in the median of the Mahama Road.

The overgrown weeds obstruct the view of motorists, especially towards the roundabout.

All policies must ease the plight of Ghanaians – Minority