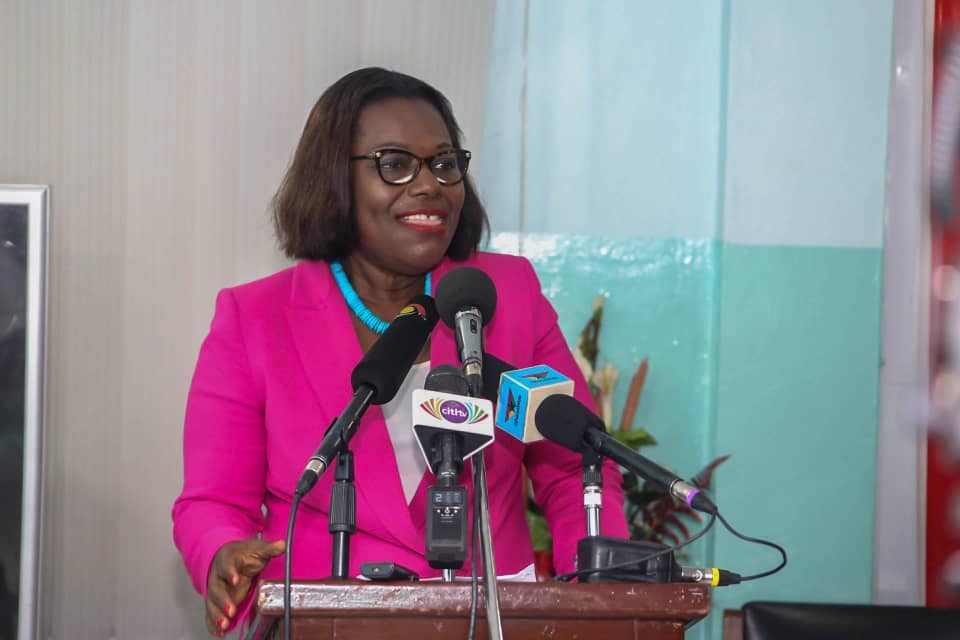 A former Minister of Gender, Children and Social Protection, Nana Oye Lithur is advocating for the use Right to Information Law to seek information from Senior Minister, Yaw Osafo Maafo on the controversial Kroll and Associates deal.

The Auditor-General, Daniel Yaw Domelovo had accused the Senior Minister and the Finance Ministry of paying over US$ 1 million to Kroll and Associates for what the audit review describes as evidence of no work done.

The Senior Minister had rejected the claims.

To get to the bottom of the issue, Nana Oye Lithur says the Right Information Law must be used.

“We as citizens and the public do not know exactly what went on up till now. So we can use the Right to Information (RTI) Act when it becomes operational in twelve months time to request for official information from the Senior Minister. The information which will be requested specifially will demand for a written response from him on his position [to find out] …to what extent is he involved. We need to find out if the contract was executed and whether monies were paid. Was he the one who authorized for money to be paid to Kroll and associates in terms of his mandate as Senior Minister?”

The Auditor General had indicted the Ministry of Finance and the Senior Minister accusing them of contracting Kroll Associates in 2017 to recover assets from identified wrongdoers; investigate allegations of wrongdoing among others, paid the company an amount of US$1 million (equivalent of GH¢4,890,000), yet there was no evidence of work done.

The Auditor General had earlier threatened to surcharge the Senior Minister if he fails to provide evidence of actual work done by a private firm, Kroll and Associates.

But Osafo-Maafo in a letter addressed to the Auditor General explained that the company actually worked and there was ample evidence of the work done by the firm to merit government’s payment.

The Senior Minister also insisted that approval for the request for single-source procurement of professional services was obtained contrary to claims by the Auditor General that they failed to seek approval from the Public Procurement Authority.

Mr. Osafo Maafo in his response also stated that Kroll is still conducting investigations into several other cases for the Government of Ghana.

The National Democratic Congress (NDC) is demanding the arrest and prosecution of Yaw Osafo Maafo over the deal.

The party insists that the current controversy surrounding the Auditor-General, Daniel Domelevo, are attempts by the government “to have him removed” to prevent scrutiny of the deal.

It feels the investigation of the Auditor-General is also “because of his uncompromising stance in the fight against corruption and stressed that “President Akufo-Addo must demonstrate that no one is above the laws of Ghana including Mr. Yaw Osafo Maafo.”

“Rather than hounding Mr. Domelevo, we are calling on President Akufo Addo to immediately order the arrest and prosecution of Mr. Yaw Osafo Maafo for the breaches of the Public Procurement Act. We demand an immediate cessation of the hostile victimization of Mr. Domelevo by the Akufo-Addo government.”