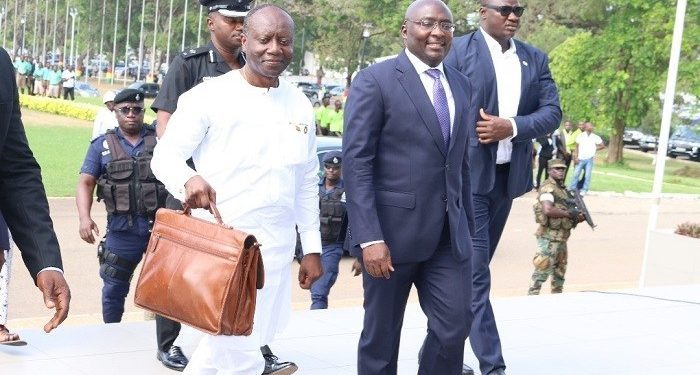 The First Deputy Minority Chief Whip, Ahmed Ibrahim, has warned that the Minority may stay away from the 2020 budget presentation and its approval processes if the government fails to release the outstanding portions of the District Assemblies Common Fund  (DACF) for this year.

According to the Minority, only funds for the first quarter as at now have been released to the Metropolitan, Municipal and District Assemblies (MMDAs).

This they say has stalled development projects and programmes across the country.

Speaking to Citi News, Ahmed Ibrahim called on the government to release the funds before the budget is read.

The presentation of the 2020 budget has been tentatively scheduled for November 14, 2019.

Government decided to cap funds allocated to the DACF, a move the Supreme Court had described as unconstitutional.

In a unanimous judgment, a seven-member panel of the court held that the inclusion of the DACF as part of the statutory funds that would be capped per the Earmarked Funds Capping and Realignment Act, 2017(Act 947) violated Article 252 Clause 2 of the 1992 Constitution.

The Act provides that the earmarked funds for each financial year should be equivalent to 25 per cent of revenue.

Making a case for the Act, the Minister of Finance, Mr Ken Ofori-Atta told Parliament that the capping arrangement had become necessary to remove the rigidities in public expenditure.

He said the government was left with virtually nothing after taking out interest payments, compensation of employees and earmarked funds from revenues.