South Africa ‘among the most unequal countries in the world’ 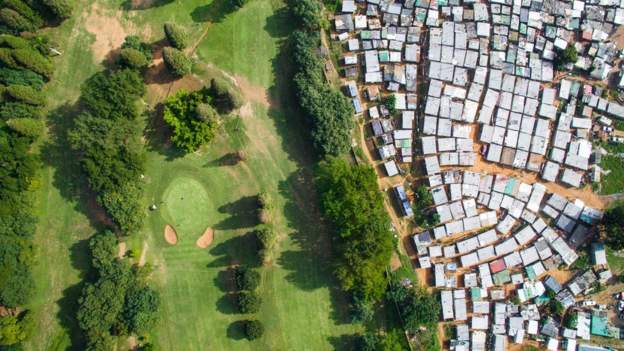 Black South Africans earn on average three times less than their white counterparts, a report into inequality in South Africa has found. 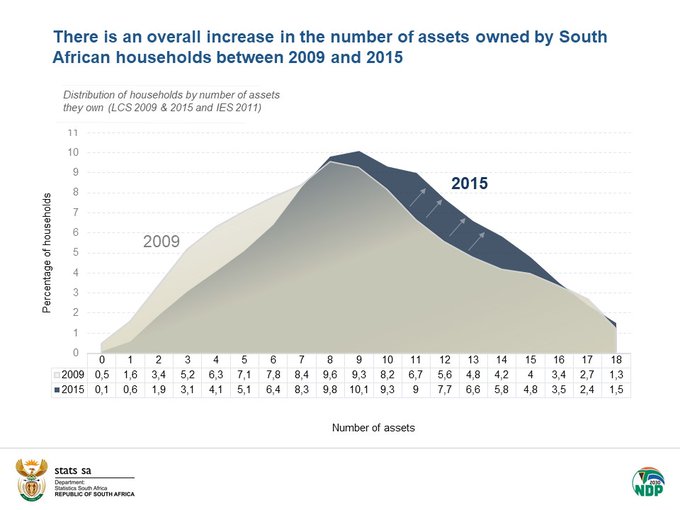 Black African- and coloured-headed households were the only two groups classified as chronically poor. 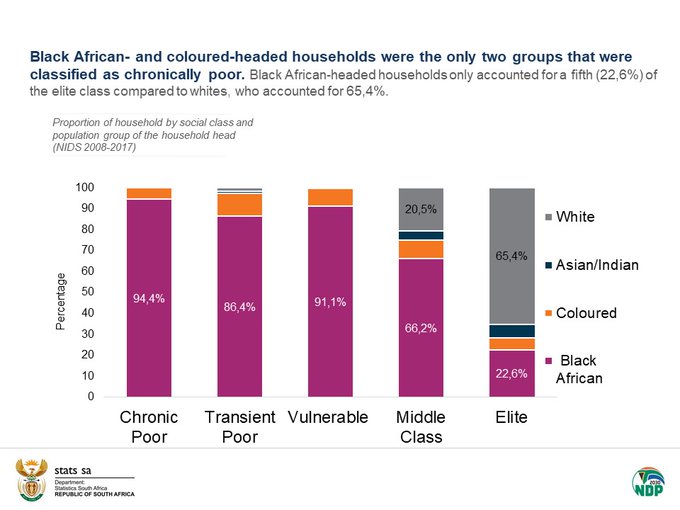 It also showed that South Africa has one of the highest levels of inequality in the world: 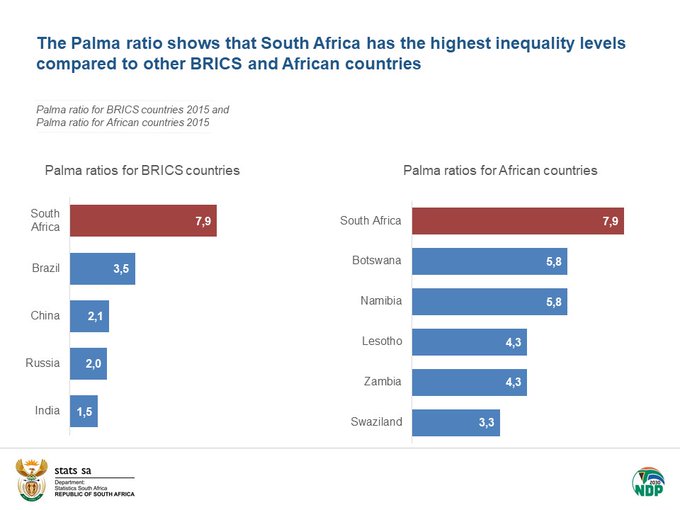 It’s the country’s first comprehensive look at the trends around what is often a thorny issue.

One of the main reasons for the huge economic disparities between races is a legacy of apartheid – a system that ensured that the white minority population had access to the best the country could offer.

Aerial images by drone photographer Johnny Miller revealed in 2018 the dramatic divide between rich and poor in cities in South Africa, including this golf course next to high-density housing in Durban: