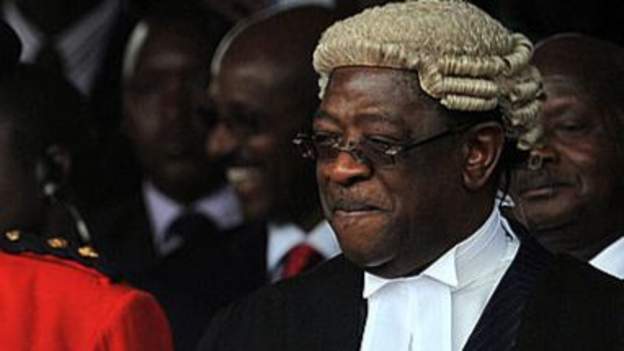 The US State Department has barred Amos Wako, Kenya’s former attorney general, from entering the US because of his “involvement in significant corruption”.

Mr Wako’s wife and son have also been barred.

“Today’s action sends a strong signal that the United States is a valuable partner in Kenya’s fight against corruption,” said a statement from the US State Department.

Mr Wako has yet to react to the US ban – the second one targeting him.

In 2009, the US banned him after accusing him of blocking political reforms in the country following the 2007 post-election violence.

At the time Mr Wako denied the allegations and threatened to sue the US.

The BBC sought comment from the US embassy in Nairobi about the link between Monday’s announcement and the 2009 travel ban, but an embassy official said: “Stick to the text of the released statement.”

He is currently a senator as well as a member of the Building Bridges Initiative – a 14-member team put together by President Uhuru Kenyatta and opposition leader Raila Odinga aimed at addressing issues that could spark political violence in Kenya.