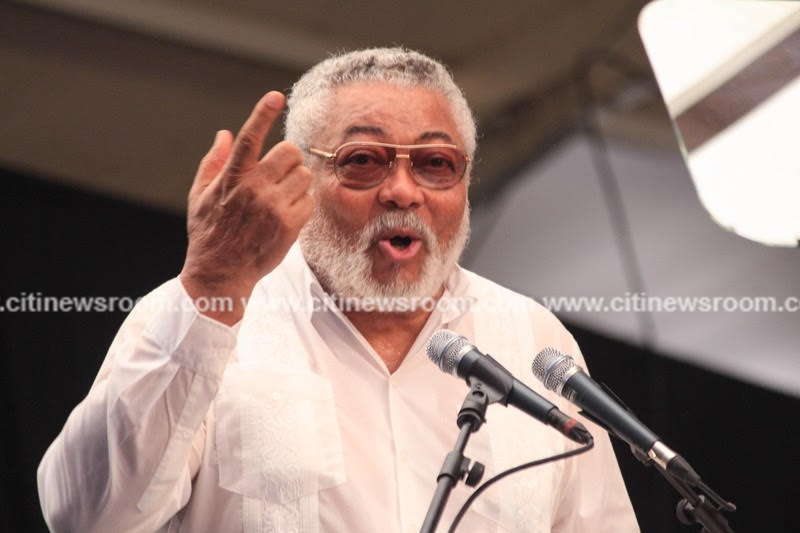 In his view, the Ghana Law School cannot be absolved from blame following the number of students who failed the exam.

Mr Rawlings said outcomes like these are detrimental to the future of the country.

“93% failure and you think you can get away with blaming the students? You don’t blame the establishment or institution? Small demo that they did, what are the reasons to back that demonstration? Why would you fire rubber bullets at them? We are acting like we don’t use our minds. No matter how bad these things can be, by destroying the merits, you’re killing the fire of idealism in the youth. You’re destroying your future,” he said.

Months ago, the Ghana School of Law recorded yet another case of mass examination failure only months after a similar one was witnessed which saw more than half of the candidates for the Bar exams failing.

Pressure had been mounted on the General Legal Council following the mass failure with many calling for drastic reforms.

But the Chief Justice, Sophia Akuffo had said the existing systems and structures for the training of lawyers in the country will not be changed despite public outcry.

She stressed that the current system that many deem as strict and unfair, is meant to ensure that lawyers who are trained in the country are of global standards.

Sophia Akuffo made this known while speaking at the passing out ceremony of 305 new lawyers in Accra in October 2019.

“The General Legal Council (GLC) continues in its quest to assure the people of this great republic the excellence in professional legal education and production of quality lawyers that they so well and dearly deserve. The position of the General Legal Council (GLC) remains that admission to the Ghana School of Law for professional legal education requires that successful candidates obtain a minimum rank of 50% in an entrance exam administered by the Independent Examination Committee,” she said.