4 destructive behaviours that could tear you and your spouse apart 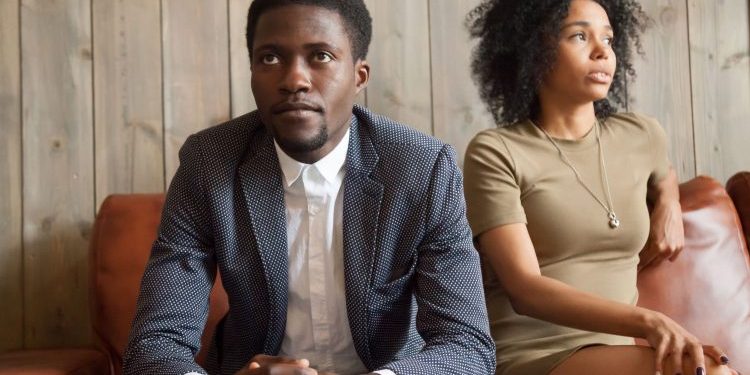 Destructive behaviours can tear a marriage apart – but it doesn’t have to be that way for yours Jokingly criticising your partner, being sarcastic or even something as ‘innocent’ as eyeball-rolling may not be as harmless as you thought.

Jo’burg-based couples counsellor and relationship therapist Michael Kallenbach explains how to stop these behaviours from driving you and your spouse apart.

1. Lack of communication
In all his years of practice, Michael has found that many couples don’t know how to communicate effectively, which can seriously undermine their relationship. “It’s important to tell your spouse what you’re thinking and how you’re feeling. It’s equally crucial to do it at an appropriate time,” says Michael.

Instead of bringing an issue up during the morning rush, rather wait till the end of the day, when the children are asleep or doing their homework and you’ve both settled down. Then have an honest chat, without assigning blame: instead, explain how whatever happened made you feel. Bottling things up can cause even more conflict in the long run.

Don’t make the mistake of only talking about the serious stuff. Make a daily effort to spend time chatting about your day, how you felt about the outcome of a meeting, how your presentation went, what you spotted in a shop window, etc. Ensure you also ask your spouse how their day went – and listen while they’re telling you, giving them feedback. Sharing experiences in this way strengthens your bond.

2. Infidelity
The danger of this goes without saying. “One of the most obvious ‘sins’ someone can commit is having an affair. Of course, people’s reasons for infidelity vary and, as a therapist, it’s vital and only fair to also consider the role the ‘victim’ of the betrayal might have played in driving their spouse to do this,” says Michael. The infidelity may have been the result of a major change in your lives, like becoming first-time parents, or one of you getting retrenched or losing a loved one. While grieving, you may isolate yourself, which could make your spouse feel pushed away and cause them to seek attention elsewhere.

Care for and nurture your relationship, even when there are changes and new dynamics like a baby. Find supportive ways of dealing with the various nuances affecting your marriage. Ask your spouse to help take care of the baby, so they don’t feel left out.

3. Taking each other for granted
It’s often the small things in a relationship that matter most and make the biggest impact. Never take your partner for granted: make sure you thank them often, tell and show them that you love them and acknowledge what they do for you, whether it’s washing your car or repairing your hairdryer. “Nobody gets it right all the time. We all make mistakes now and then, but recovering from them and showing our vulnerabilities is a positive step,” says Michael.

Do the little things in a relationship that you know will make your spouse happy, like cooking their favourite meal, serving them breakfast in bed or fetching their dry-cleaning once in a while.

4. Apocalypse now
Psychology professor Dr John Gottman, of the University of Washington, is known for his work on marital stability and divorce prediction. He’s analysed interactions between couples for over 40 years. From this research, he found four communication styles which can predict whether a couple will eventually part ways. He calls them the “Four Horsemen of the Apocalypse” and they’re common behaviours many people are guilty of contempt, criticism, defensiveness and stonewalling.

Contempt
Making your partner feel unworthy or inadequate in verbal or non-verbal ways is probably the deadliest of the four behaviours. These are usually habits you’ve picked up over the years which you think are innocuous, but are actually very hurtful to your partner. Examples are rolling your eyeballs during arguments, humiliating your partner in public by rebuking or ridiculing them, or summarily dismissing their opinion. Your partner may feel emotionally abused and their confidence may take a knock.

Think about how you’d feel if the tables were turned and your partner spoke to you that way. An eyeball-roll or sarcastic tone may be very tempting at times, but maintaining a culture of respect and kindness, especially during a serious conversation, is crucial for a lasting marriage.

Criticism
This can present itself in many forms and in different situations. Starting sentences with phrases like ‘You never…’ or ‘You always…’ implies a flaw in your spouse’s character or personality, leaving them feeling hurt and rejected, and wondering whether they can ever please you. When someone feels attacked, they naturally become defensive or shut themselves off emotionally.

It’s important that you learn to compartmentalise your emotions and address the specific issue at hand, instead of dredging up old subjects and incidents that have nothing to do with the current situation.

Defensiveness
Defensiveness can be your way of dealing with a perceived attack, or a means of avoiding taking responsibility for your mistakes. When you refuse to be accountable for your actions, what you’re doing is playing victim and looking to cast the blame elsewhere. For example, if the electricity is switched off because you forgot to pay the bill, instead of apologising for the oversight and correcting it, you start complaining about how many tasks you’ve had to do and how your partner ‘never’ helps you with these chores. This always creates contention because you leave your partner feeling angry and frustrated.

If your partner says they’re feeling neglected because you aren’t spending enough time together, listen to where they’re coming from before retorting with: ‘Well, you’ve also been very busy at work.’ Instead, agree that you should both set aside time to spend together. We all make mistakes. Own up to them, apologise meaningfully and move on.

Stonewalling
Stonewalling is emotional withdrawal from your partner. It may include the silent treatment, passive-aggressive behaviour and shutting them out in other ways, like brushing them off when they try to start a conversation, being cold and distant, or muttering a monosyllabic answer to questions. “Sweeping issues under the carpet is a sign that things aren’t okay. The situation can escalate, because matters that aren’t discussed can lead to further conflict and, eventually, separation,” warns Michael.

People usually withdraw when they’re feeling emotionally overwhelmed, so the best remedy is to learn to identify the signs. Always let your partner know when you need time to process what’s been said in a conversation and agree to take a break from it until you’ve both calmed down, instead of avoiding the issue altogether or deflecting it onto another, unrelated one.

Dodging the divorce bullet
It’s normal and healthy for couples to be at loggerheads sometimes. While conflict can’t be avoided, you can prevent it from tearing you apart by being mindful of your arguing style. The gift of conflict is that it’s an opportunity to understand yourself and your partner better, and then grow from it.

“Although it’s an unpleasant experience, arguing is actually a good way to find out how your partner feels about something and get to know their boundaries,” says Michael.

Understand, accept and be cognisant of each other’s different backgrounds: It’s only natural that you’ll have occasional disagreements in the way you both think and behave. Appreciate the things that make you different and find a way to use each other’s values to strengthen – rather than weaken – your relationship.

Don’t change who you are: While compromise is necessary for relationships to work, it should never force you to lose your own identity. You need to meet each other halfway.