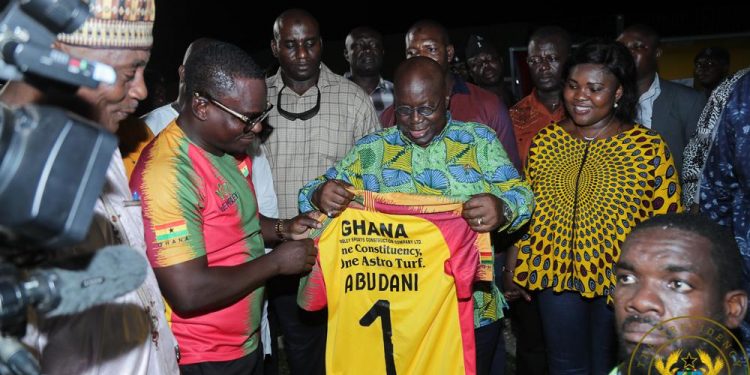 President Akufo-Addo, on Monday, 2nd December 2019, as part of his 3-day tour of the Greater Accra Region, inspected the new Madina Zongo Astroturf.

The turf, whose construction commenced when the Akufo-Addo-led New Patriotic Party government assumed office, was built to create a conducive environment for the training and development of sporting talent in Zongo communities. 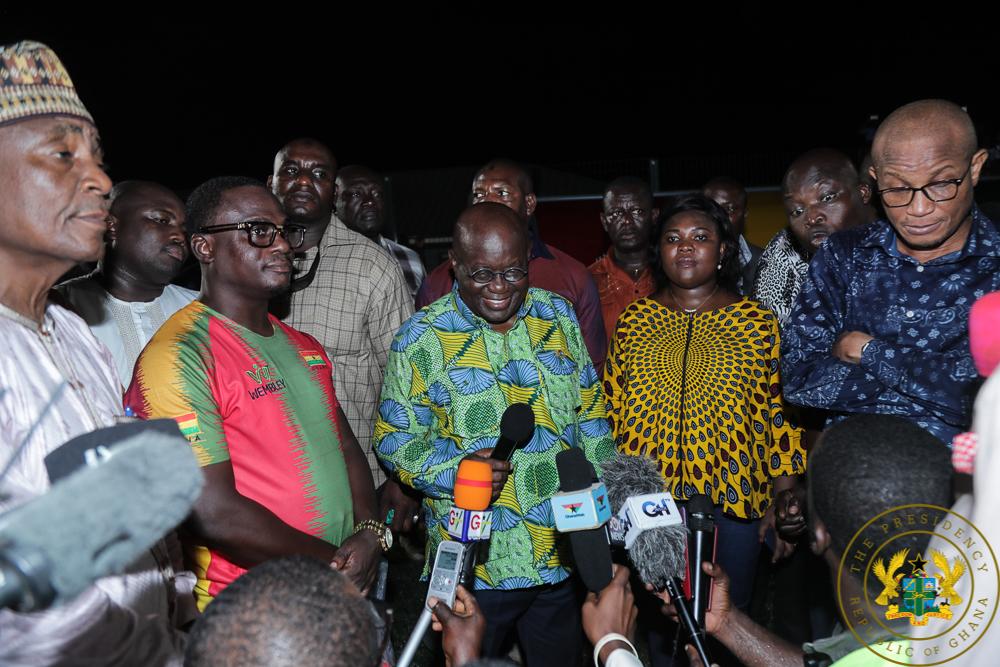 Even before its commissioning by the President, on the 15th and 16th of November, the national soccer team, the Black Stars, trained on the Madina AstroTurf prior to enplaning for Sao Tome and Principe for their 2021 Africa Cup of Nation qualifying match. 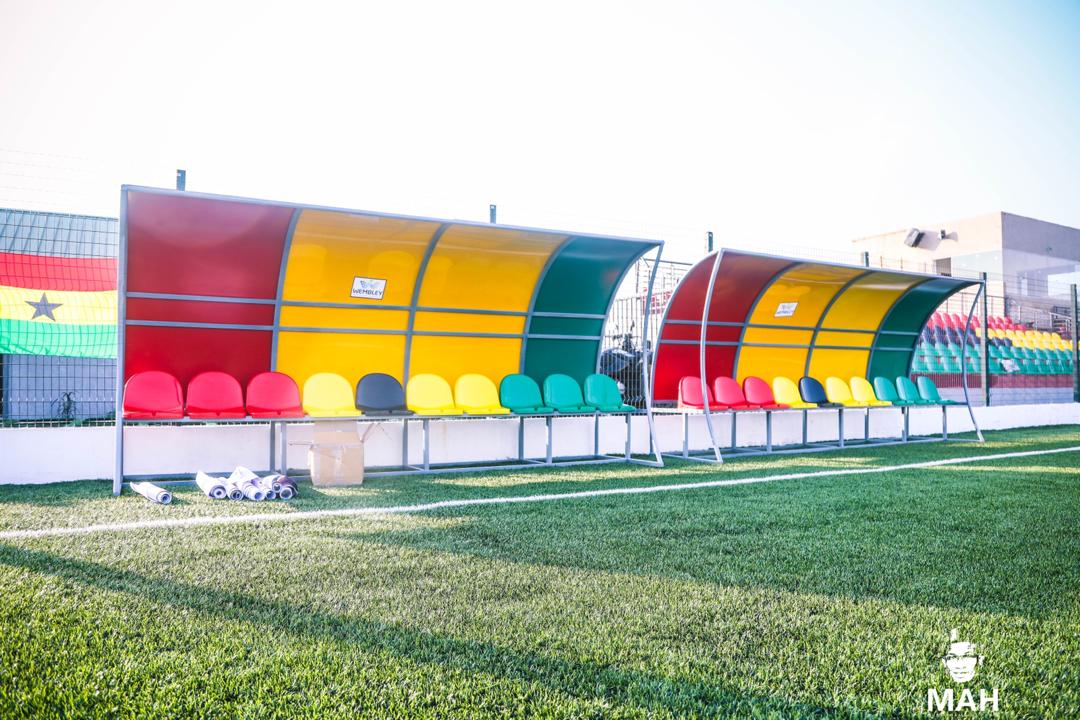 Already, five Astro turfs, with spectator stands and dressing rooms, have been constructed across the country. In addition, five recreational parks were completed in 2019 for use at Bolgatanga, Salaga, Yeji, Tafo-Kumasi, and Akim Oda. These parks were provided with green turfs, inner perimeter fencing, reserve player seats and mechanized boreholes for grass maintenance. 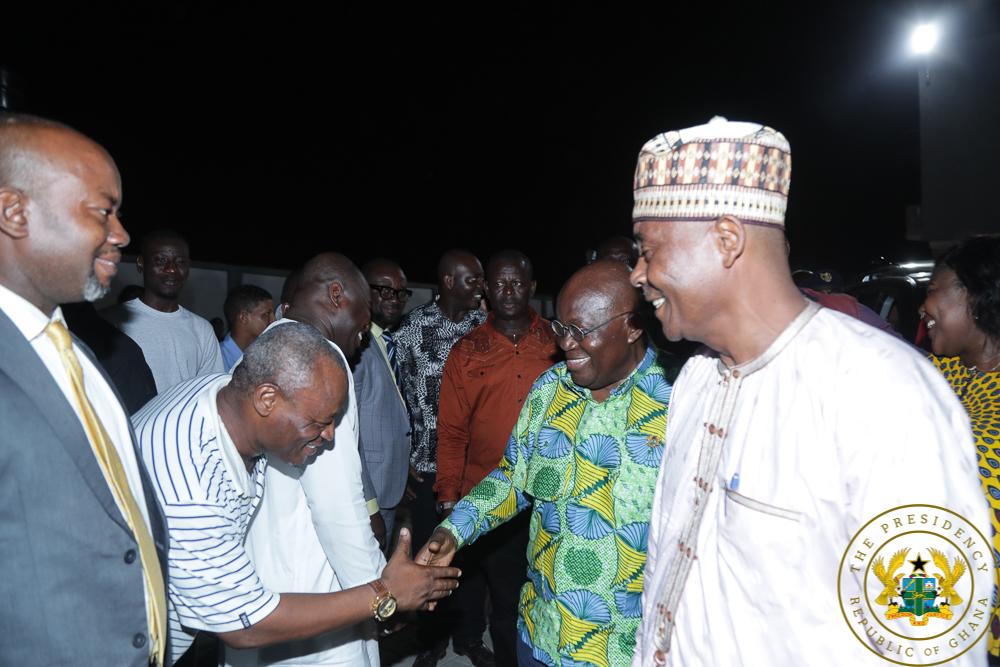 The Minister for Inner City and Zongo Development, Sheikh Dr. Mustapha Abdul-Hamid, stated that his Ministry is currently executing 62 projects across the 16 regions of the country, which include the construction and rehabilitation of schools, access roads, drainage systems, water systems, street lights and the provision of furniture for schools. 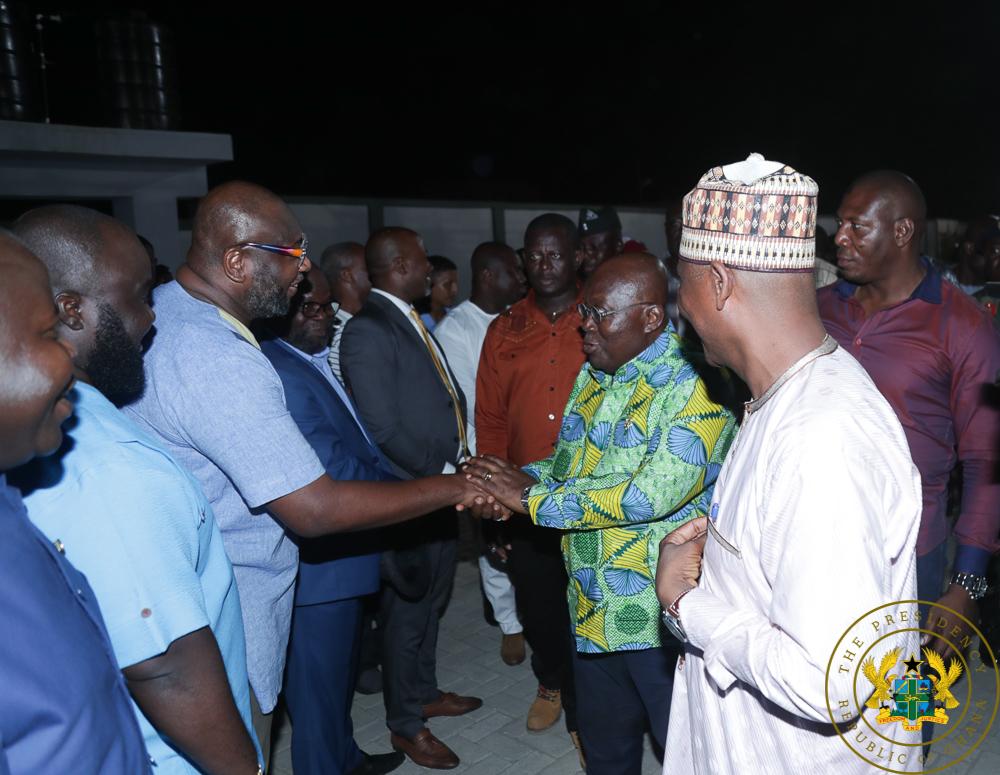 He noted that, under the Zongo Cuisine Promotion Project, over 500 women have been trained in branding, food packaging, financial literacy, and business registration and documentation.

Additionally, Sheikh Dr. Mustapha Hamid indicated that to end open defecation and improve upon sanitation within inner-city communities across the country his Ministry has constructed 250 in-house toilets under the Inner-City Household Toilet Project. The beneficiary-households are in Bukom, Sempe, Chorkor, Chemu-ɛnaa, Mudor, Adedenkpo, Osu Alata, Osu Anorhor and Adabraka, and added that this initiative will serve over 5,000 individuals. 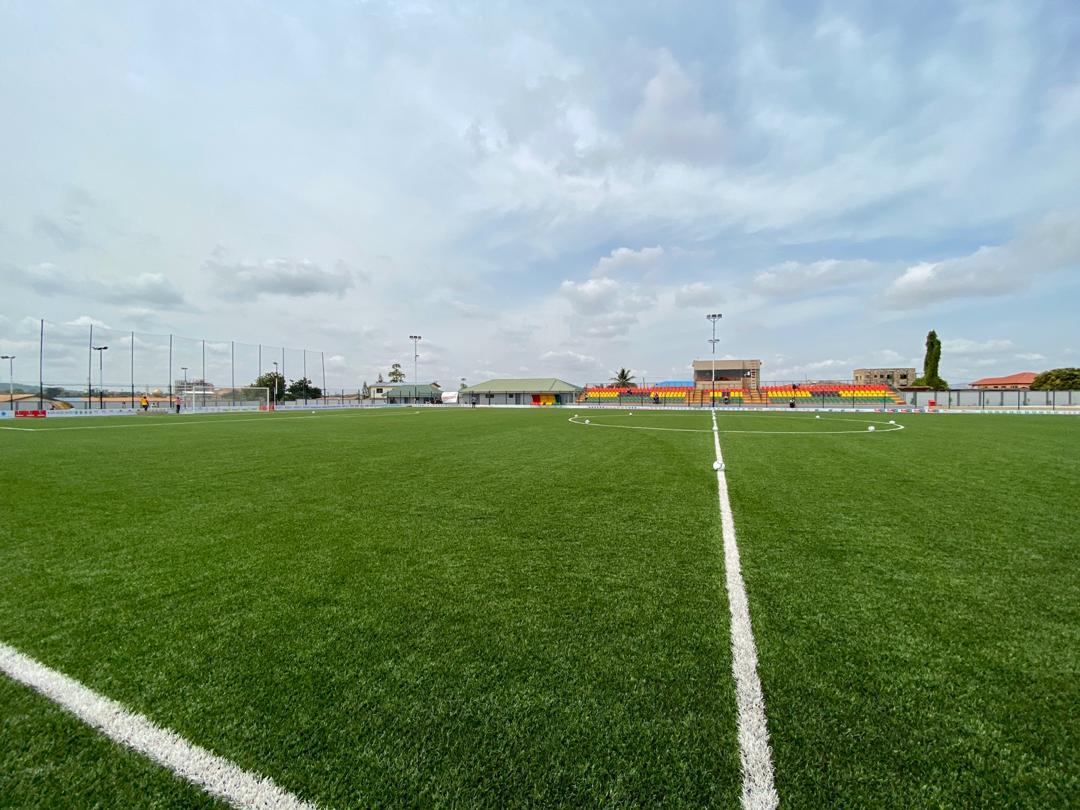 The housing projects, which are being solely financed by the State Housing Company, include Phase 1 of Marlow Court. This comprises 32-unit apartments and six (6) four-bedroom houses. The project is 90% complete, and is expected to be completed in December 2019.

The President also inspected Phase 2 of the Marlow Court, which is made up of 64-unit apartments, eight (8) 4-bedroom houses, and thirty-two (32) 3-bedroom houses, which are expected to be completed in December 2021.