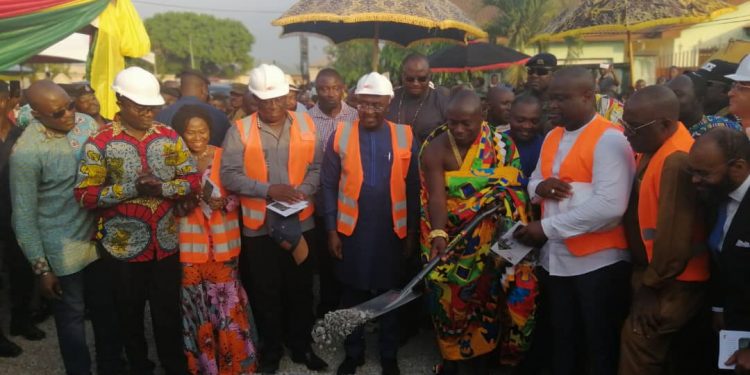 Vice President, Dr. Mahamudu Bawumia has cut sod for the commencement of work on the rehabilitation and construction of the Kumasi Inner Ring Road and Adjacent Streets Project.

Five municipalities and the Kumasi Metropolitan Assembly (KMA) are beneficiaries of the 100-kilometre roads under the project at a cost of 55 million Euros.

The project which will be undertaken by a UK Construction Firm, Contracta is to augment an earlier commissioned project on the facelift of the Kumasi town roads which is progressing steadily.

It is expected to be completed by the end of 2020.

The project is also to ensure a cost-effective and sustainable transport system, reduce congestion and travel time on roads within the nine sub-metropolitan areas and reduce vehicle operating costs.

The beneficiary areas have all been allocated some kilometers of roads and work is expected to begin in earnest. 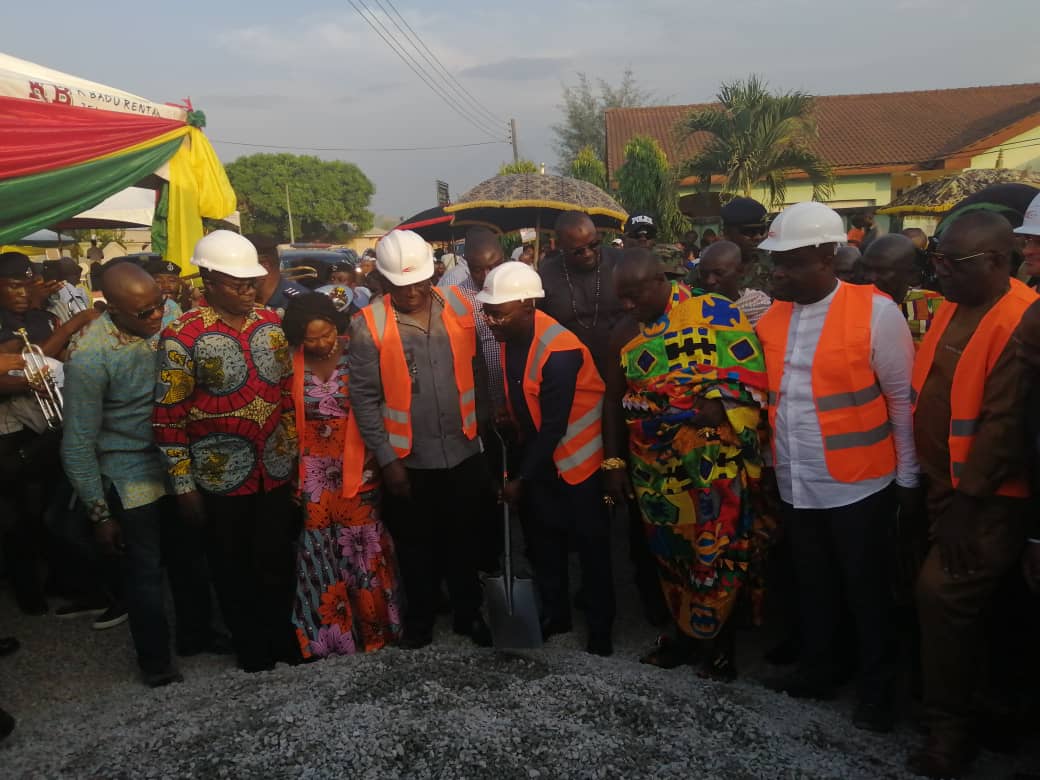 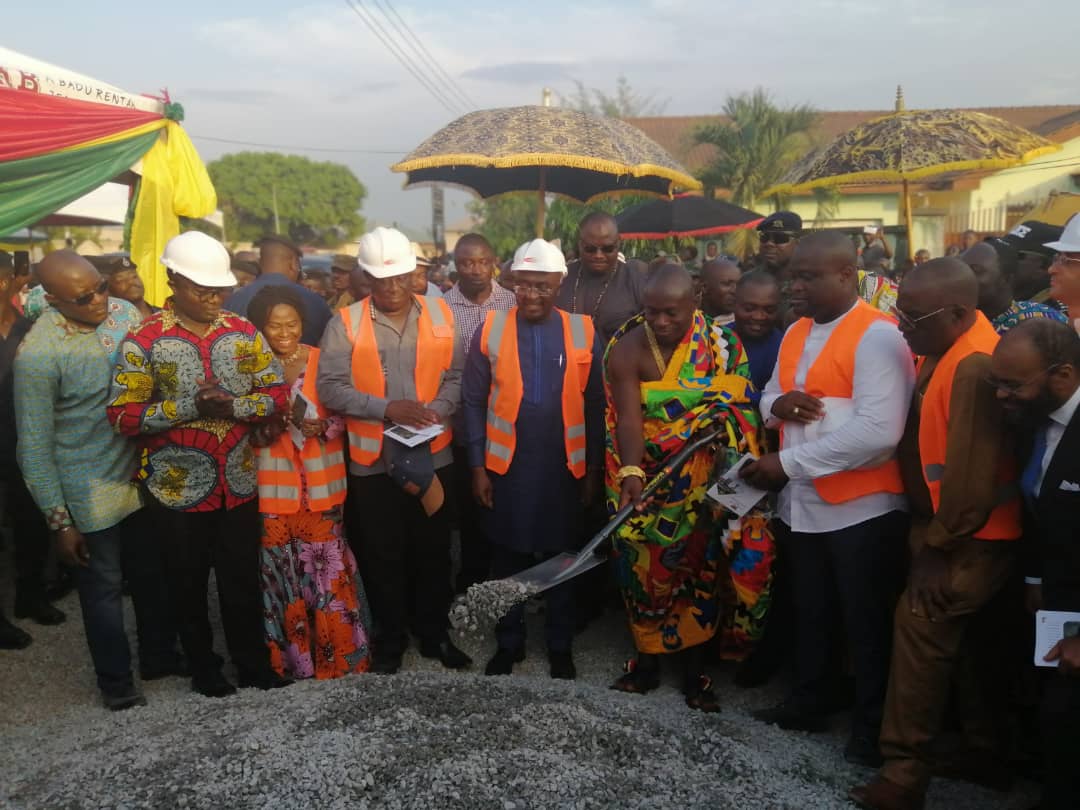 Speaking at the sod-cutting ceremony, the Vice President said the Akufo-Addo led administration is committed to addressing the concerns about poor road networks that continue to be a major concern across the country.

He said the government has already upgraded and asphalted about 70 kilometers stretch of roads in areas in the Ashanti Region and will cover about 200 kilometers by the end of 2020.

Dr. Bawumia told the crowd that government was not in to construct ‘Green Book’ roads as he pointed to projects that were cataloged by the National Democratic Congress (NDC) as unprecedented infrastructural development.

“Before we assumed power, the NDC government claimed they had done unprecedented in terms of infrastructure, but when you go anywhere, people are crying about roads. So the roads we saw in the Green Book that the NDC claimed it had constructed, where are those roads? Or where have those roads flown to?” he quizzed

He indicated that the President’s declaration of 2020 as the year of roads meant that the government was listening to the concerns of Ghanaians and will ensure all those issues were addressed by the end of 2020.

He further said that funds meant for the project were secured and that there will no be issues of financial delays.

Days of shoddy roads over

Roads and Highway Minister, Kwasi Amoako-Attah said the era of shoddy work in the construction of roads is over and will not be tolerated under the current government.

“I want to assure that all roads that are been constructed and will not have a longer life-span which means there is no value for money for Ghanaians, that era is gone forever”, he emphasized

He revealed that the Ministry will in January next year roll out a policy to include road maintenance agreements in the contract document that will be given to contractors.

By this, the Ministry will ensure that contractors who fail to properly construct roads will be compelled to maintain the road continuously until the period for its life-span is reached.

The Minister expressed worry over instances where workers of construction companies connive with community members in the illegal sale of materials meant for road projects.

He described the act and shameful and unpatriotic and warned persons engaging in such acts to desist from it.

Mr. Amoako-Attah appealed to religious and traditional leaders not to intervene to beg for mercy for such miscreants when the law catches up with them.

He also called on indigenes of beneficiary communities where the projects will be done to cooperate with the contractors and also adhere to safety measures during the projects.

Bride dies after falling into well in Nigeria