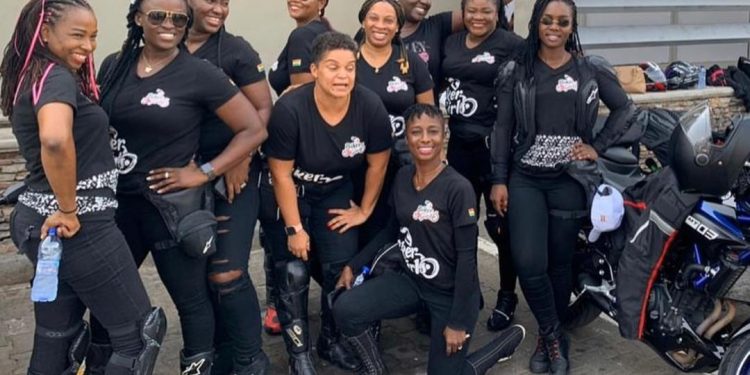 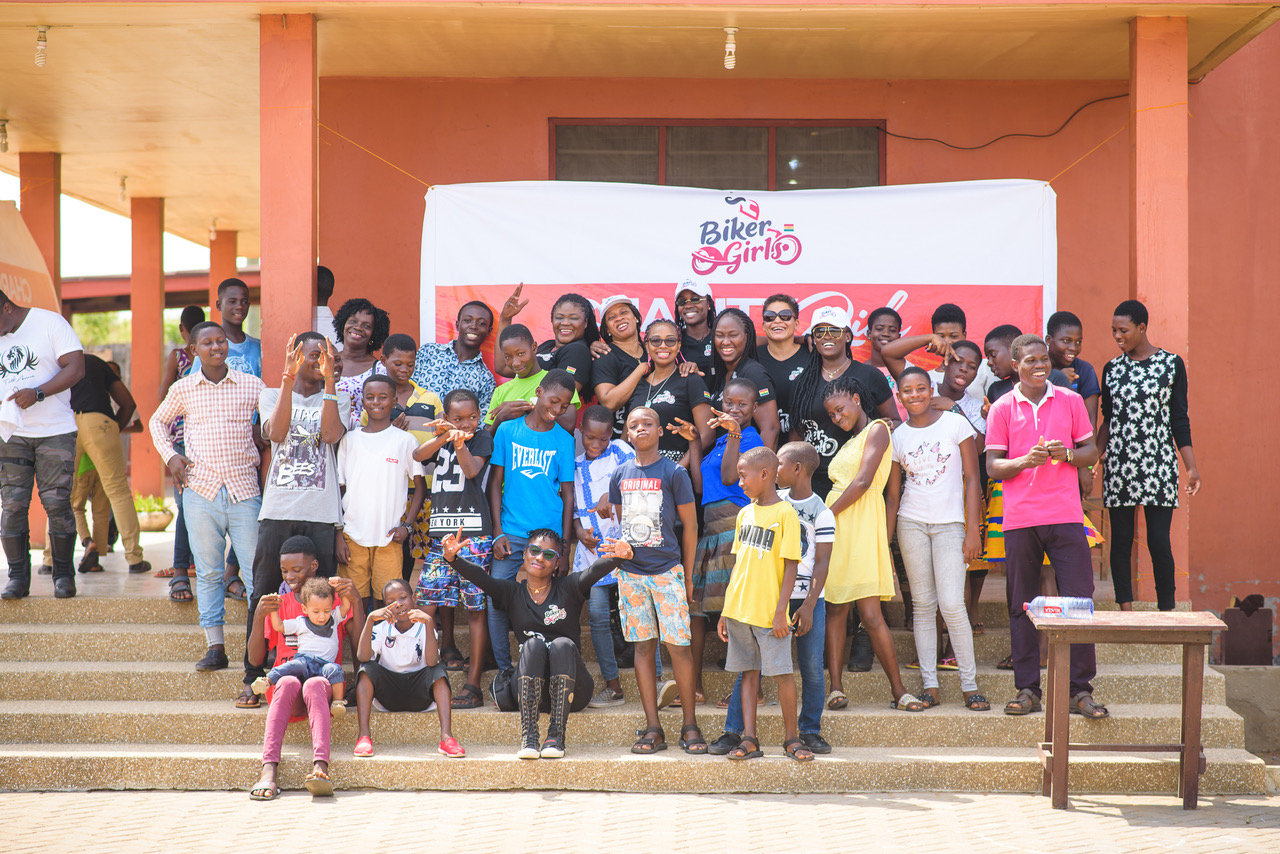 Some kids at Kinder Paradise posing with Biker Girls Gh
Kinder Paradise which is located in Prampram is home to trafficked kids, street kids and orphans. The kids who were thrilled by the presence of the female bikers had lots of fun, with a lot to eat and drink. 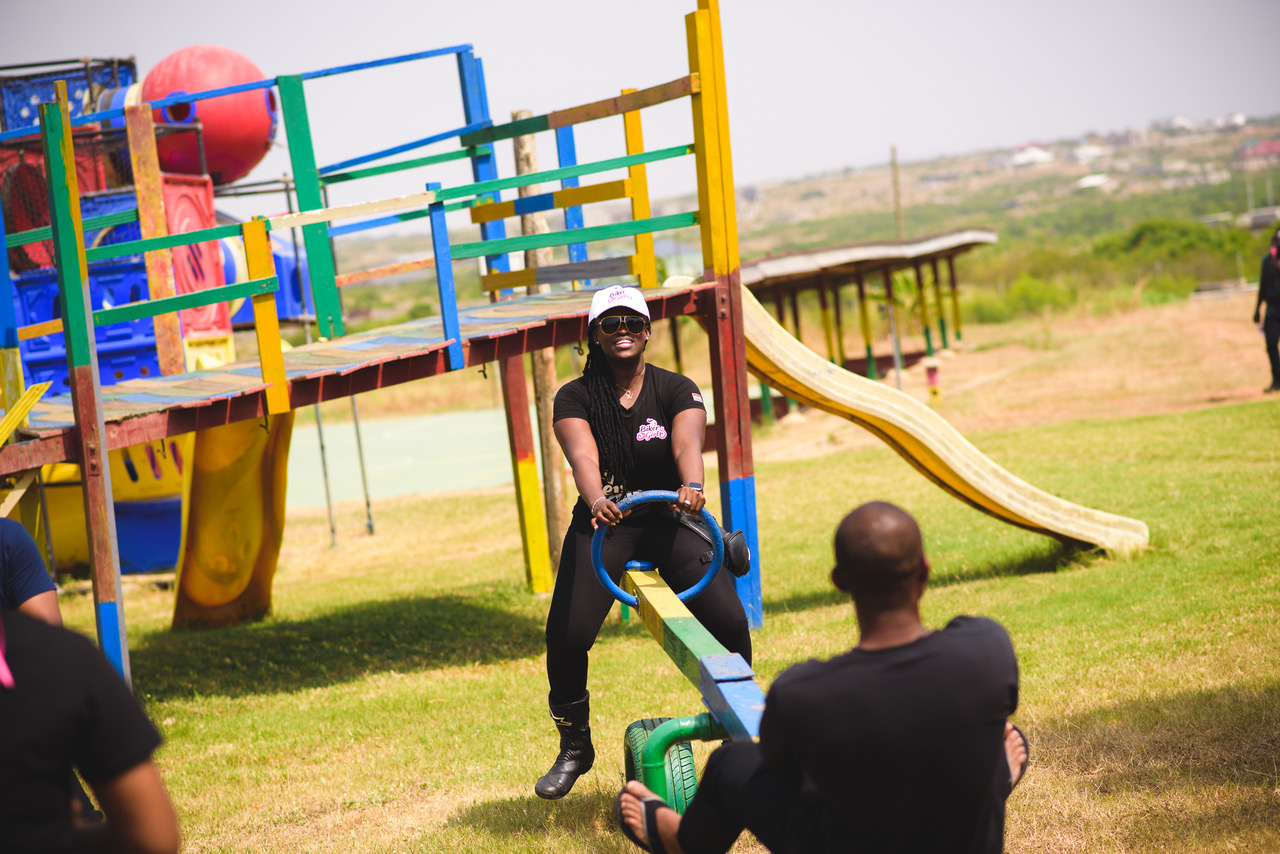 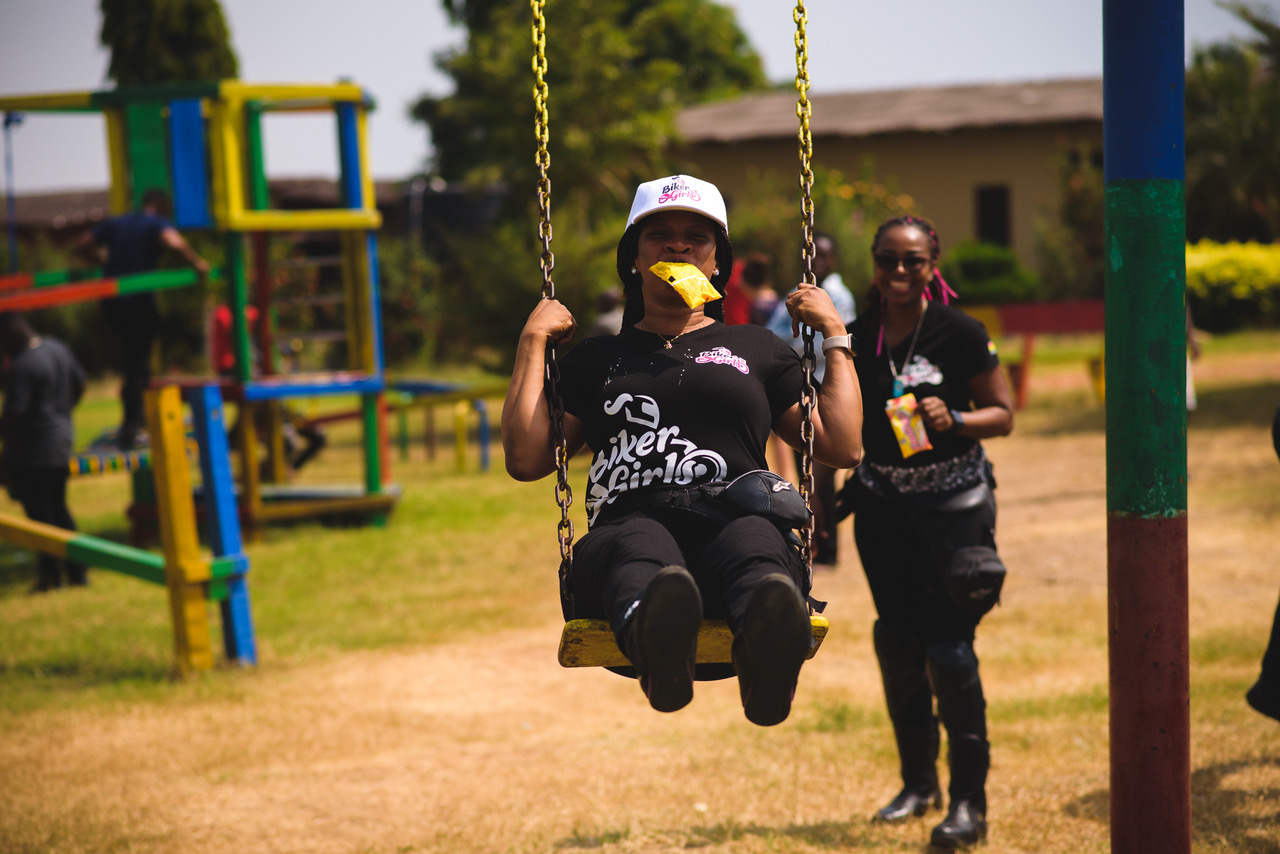 Besides the fun and games, some members of Biker Girls Gh took turn in a mentorship session to inspire the kids. 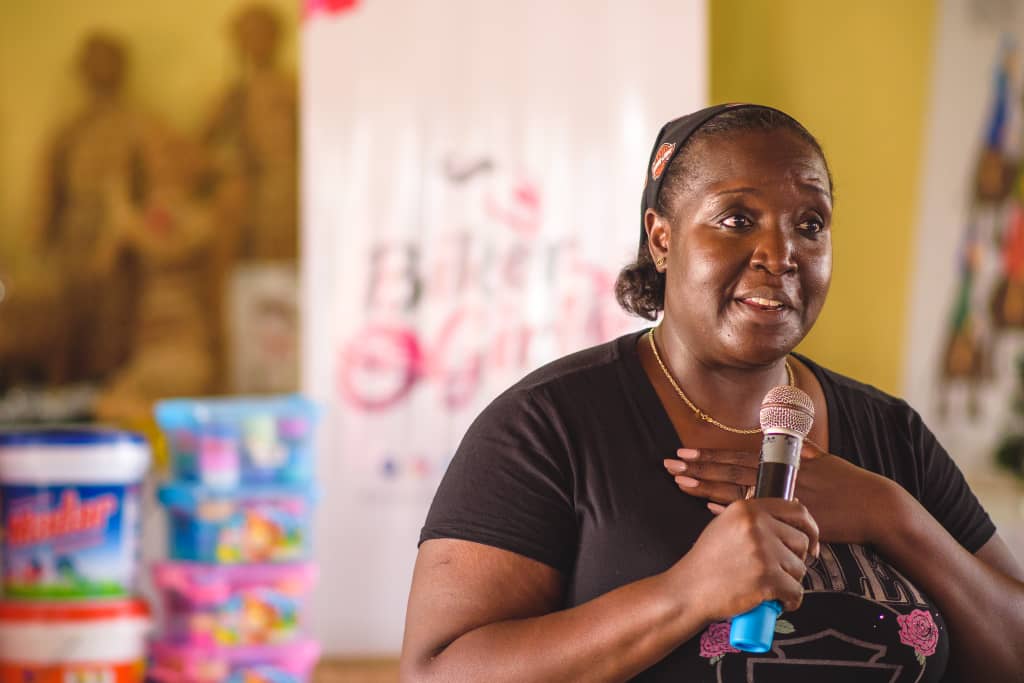 Yaa Okudzeto, Electrical Engineer and Biker Girl speaking during a mentorship session.
For Charity Boateng, a resident of Kinder Paradise, the mentorship sessions “really encouraged” her to be whoever she wants to be. 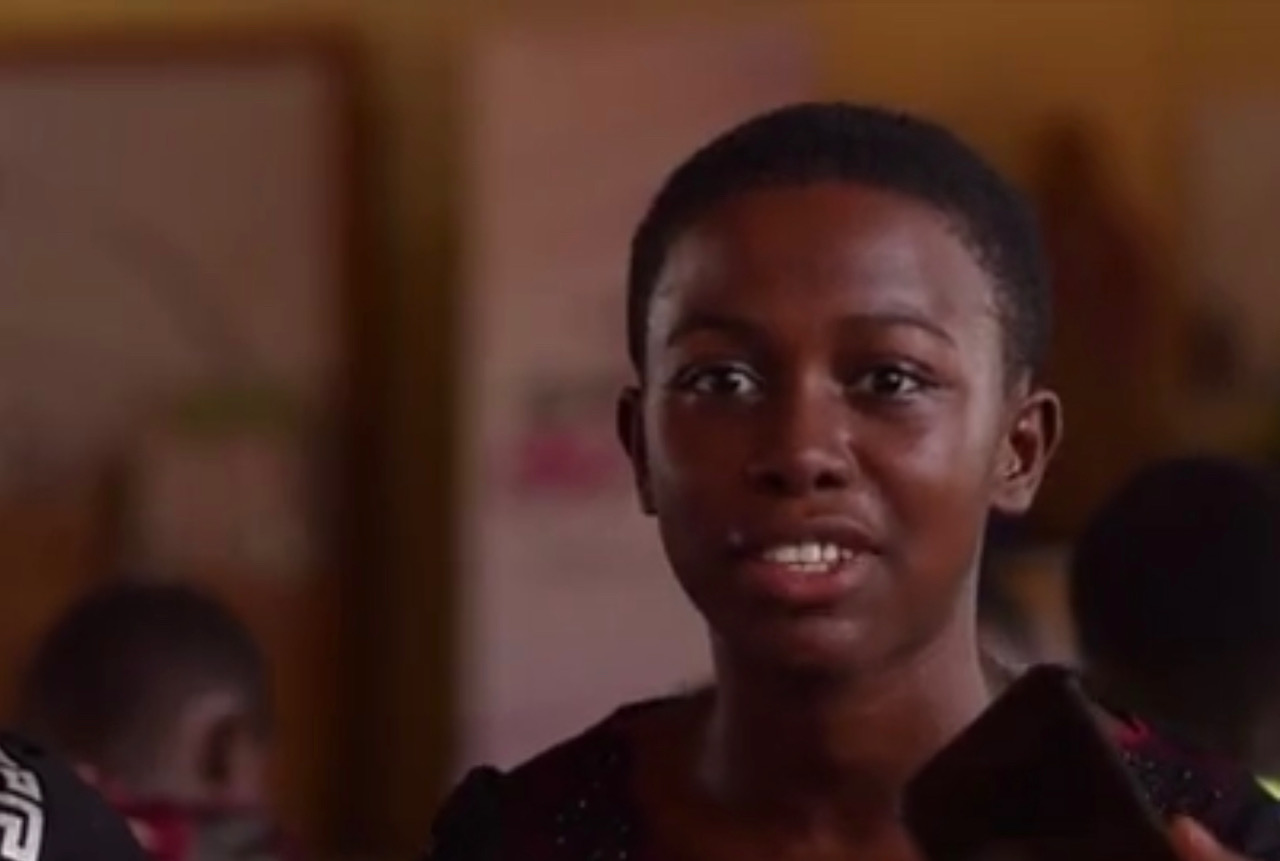 Charity Boateng, Resident of Kinder Paradise
The projects, including Saturday’s gesture was undertaken under the auspices of Biker Hearts Foundation, a subsidiary of Biker Girls Gh.
The membership of Biker Girls Gh cuts across women with different careers in various disciplines including chefs, martial artists, broadcast journalists, bankers, police officers and so on. 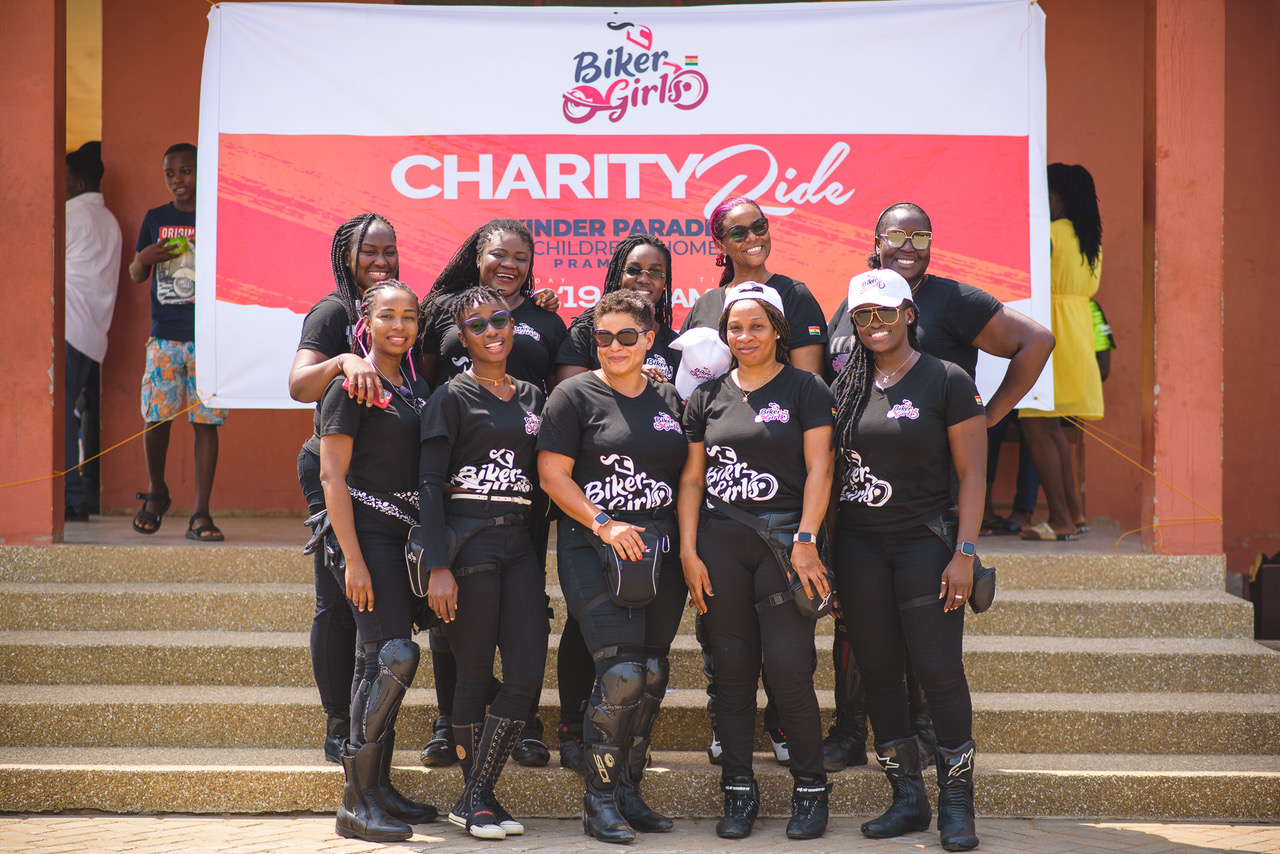 Some members of Biker Girls Gh
Celebrated media personality, Jessica Opare Saforo who is the founder of Biker Girls Gh said the charity ride to Kinder Paradise was critical because “during the festive season, a lot of these kids are marginalised and for us at Biker Girls Gh, we didn’t want Christmas to pass without putting a smile on these kids faces. For which reason we found ourselves here. To celebrate with them but most importantly, to inspire them.” 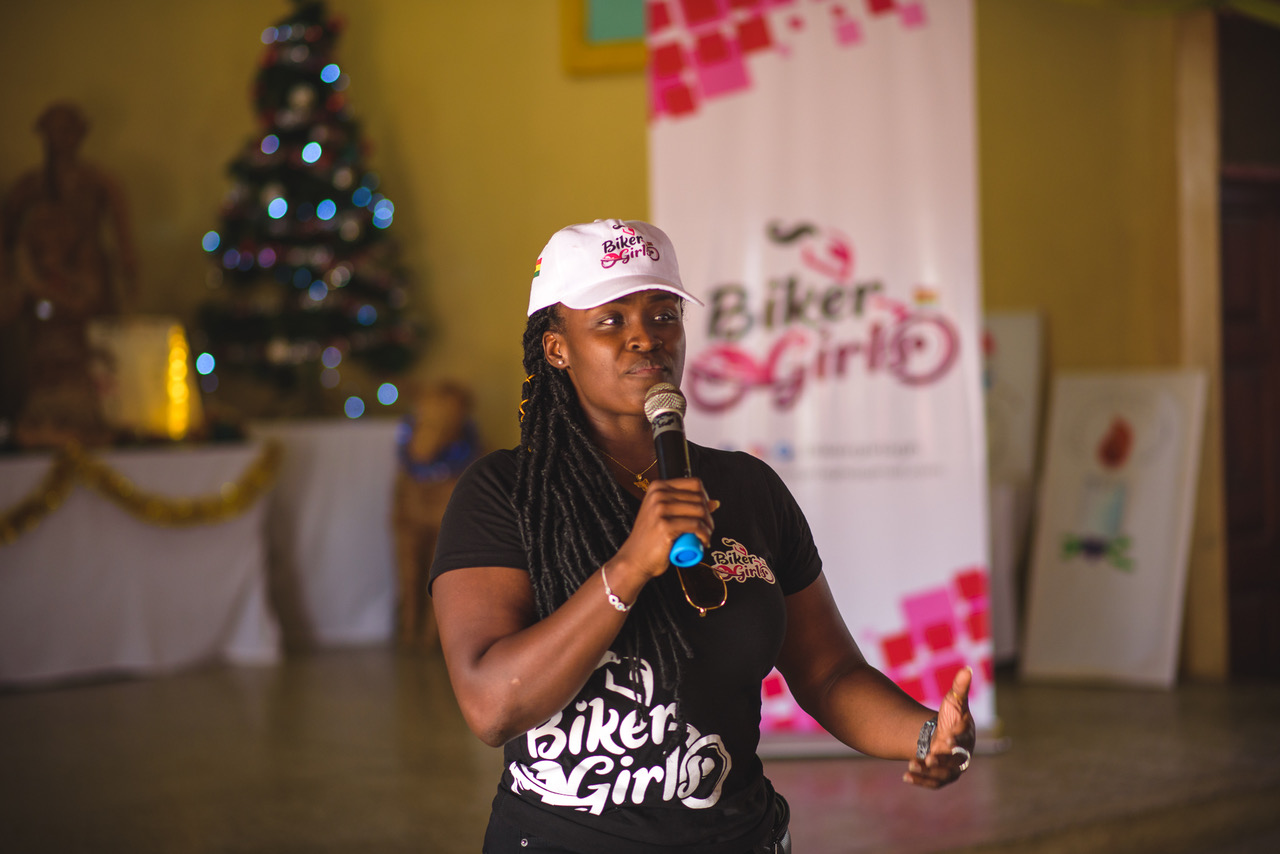 Jessica Opare Saforo, Founder of Biker Girls Gh
Residents of Kinder Paradise were not left with only full bellies, beaming smiles and renewed hope to forge ahead in life, the Biker Girls made a massive donation to the home. Ranging from toiletries, confectionery, books and almost every other item necessary to keep a home running. 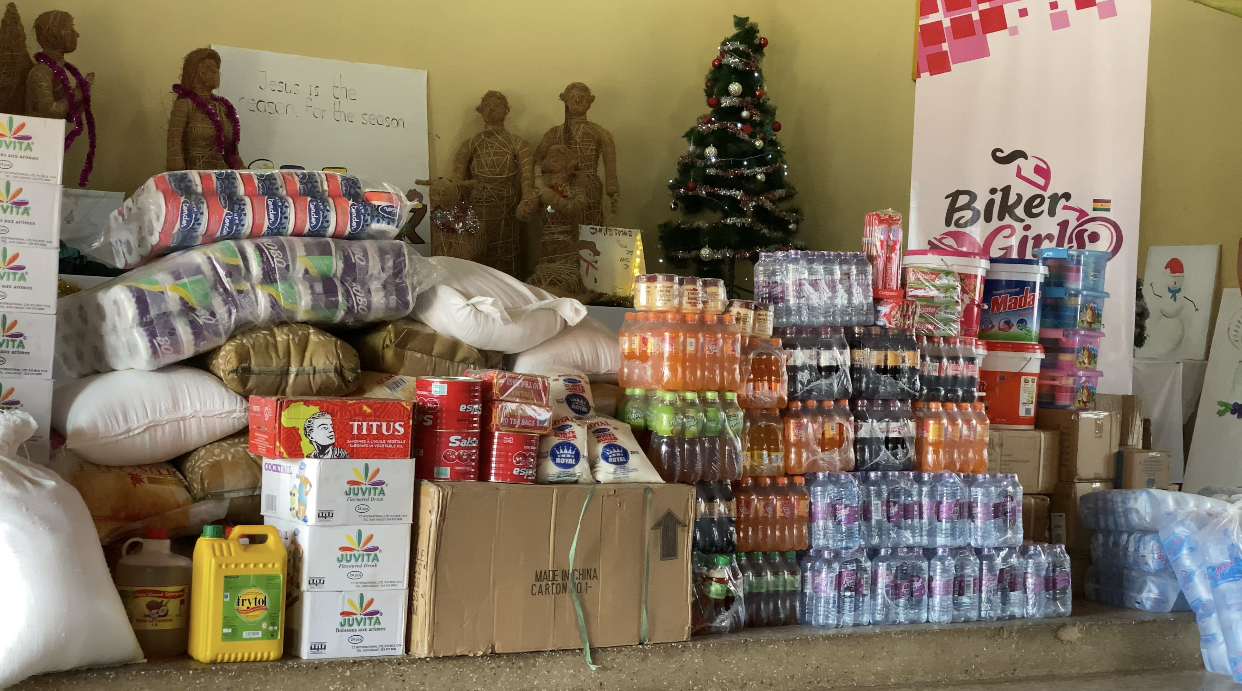 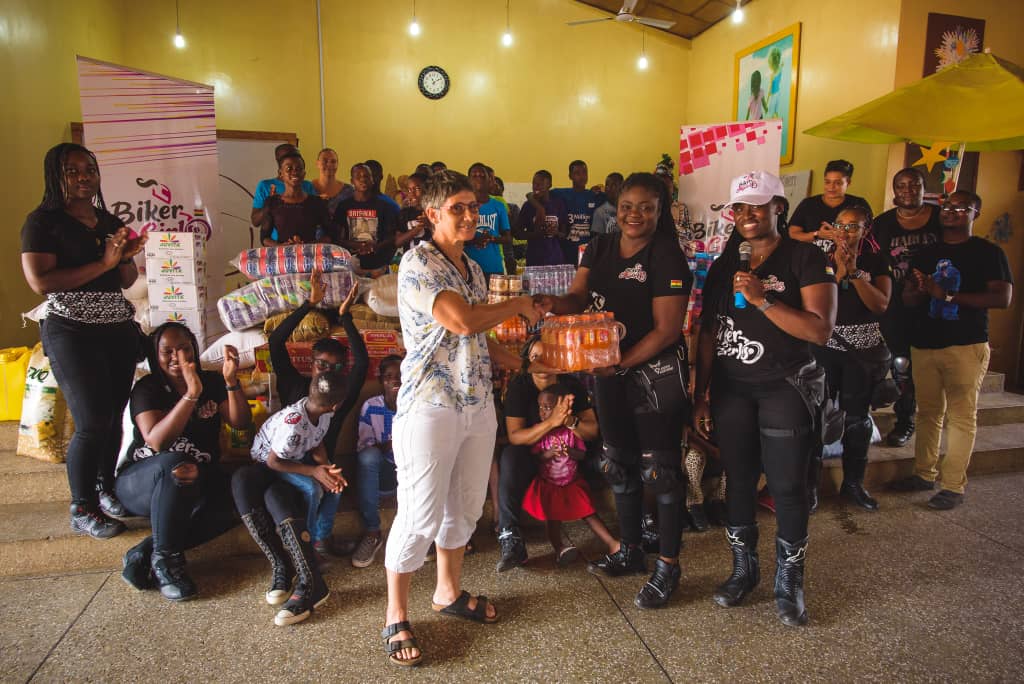 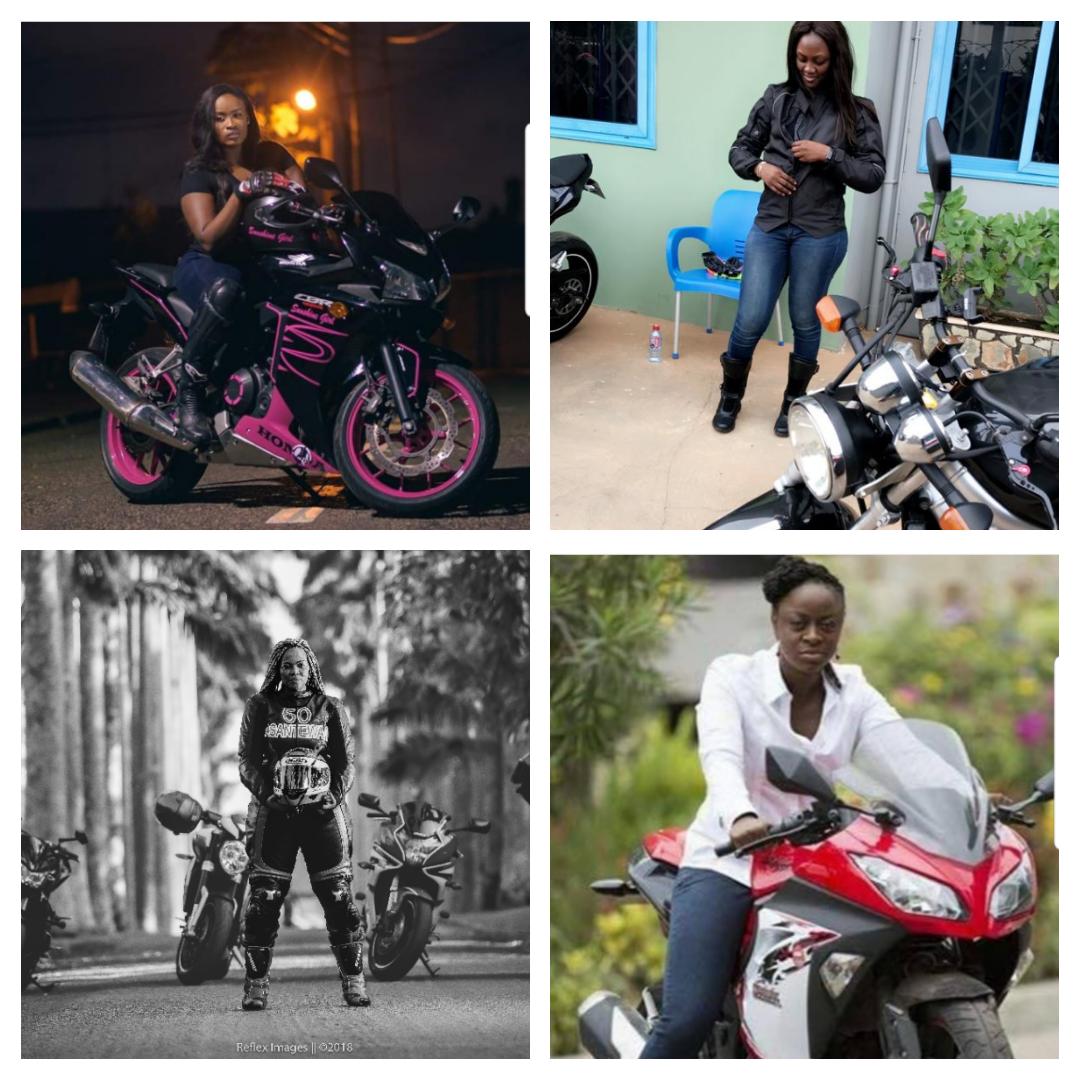 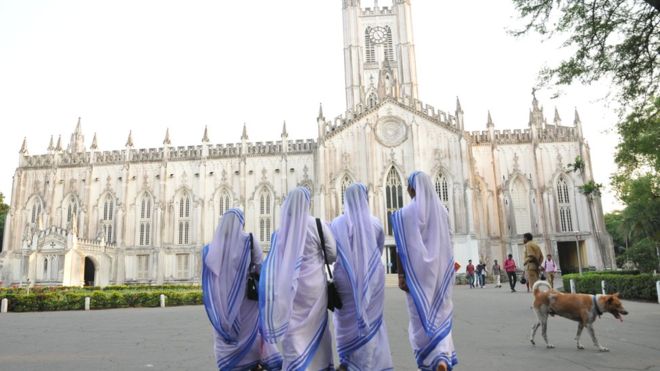