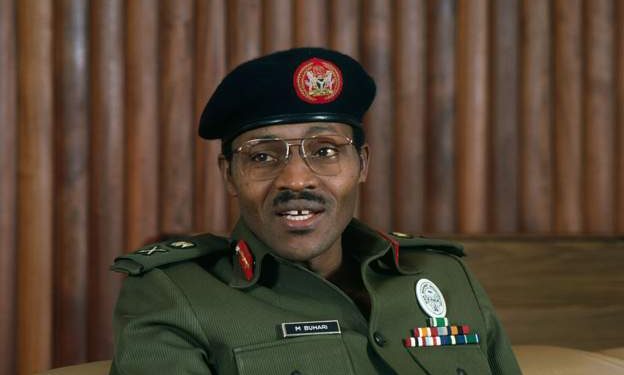 Nigeria’s Punch newspaper says it will henceforth prefix President Muhammadu Buhari’s name with “Major General”, his rank when he led a coup in the 1980s, because he is acting like a “military dictator”.

The paper also said it would refer to his administration as a “regime”, until members of his government purged “themselves of their insufferable contempt for the rule of law”.

In a scathing editorial, published both online and its print version, the newspaper said the government’s “actions and assaults on the courts, disobedience of court orders and arbitrary detention of citizens reflect its true character of the martial culture”.

Last Friday’s dramatic arrest in court of Omoyele Sowore, the publisher of online newspaper Sahara Reporters – a day after his bail was upheld by a high court – was cited by the paper in a long list of alleged “violations of rights”.

If you decide to call him Major General, he wasn’t dashed the rank, he earned it. So, you are not completely out of order. The fact that you can do so is even another testimony to press freedom in Nigeria.

The president was also accused of failing to release the leader of a banned Shia Muslim group, Ibrahim el-Zakzakky, and his wife, and the country’s former security adviser Sambo Dasuki – all have been granted bail by different courts but remain in detention.

Mr Buhari is serving his second term in office as a civilian president – having won elections in 2015 and 2019.

One of his spokesperson, Femi Adesina, has taken to Twitter to make light of the editorial, saying the president had earned that rank while serving in the military.

Presidential aide Lauretta Onochie echoed such sentiments, saying the president was a general.

“It’s just like those who think they are abusing me by calling me an old woman. I’m an old woman,” she said.

But the editorial has struck a nerve at Aso Rock, as the official presidential complex is known.

Another presidential spokesperson, Garba Shehu, denied the allegations of human rights violations and described the newspaper’s decision to label Mr Buhari a “dictator” as politically motivated.

After his election in 2015, Mr Buhari announced that he was dropping the title of “general” to reflect his new role as an elected president.

Many Nigerians saw it as a bid to whitewash his image as he faced criticism for his 20-month stint as a military leader – a time marked by a brutal clampdown on press freedom and human rights abuses.

The Punch is one of Nigeria’s oldest and most respected newspapers and has been known for its hard-hitting editorials.

Many are watching to see what effect its stance will have on other Nigerian news outlets, especially newspapers, which have been known to bond together when challenging the authorities.