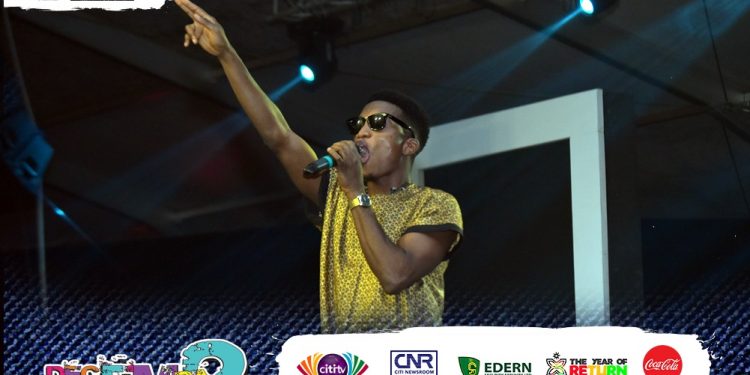 Citi FM and Citi TV made history on Tuesday, December 24, 2019 with the official Christmas party, Decemba to Rememba (#D2R2019) as it gave patrons an unforgettable experience through entertainment.

This is the first time it was held at a bigger venue, Fantasy Dome at Trade Fair in Accra, and also aired on DSTV. 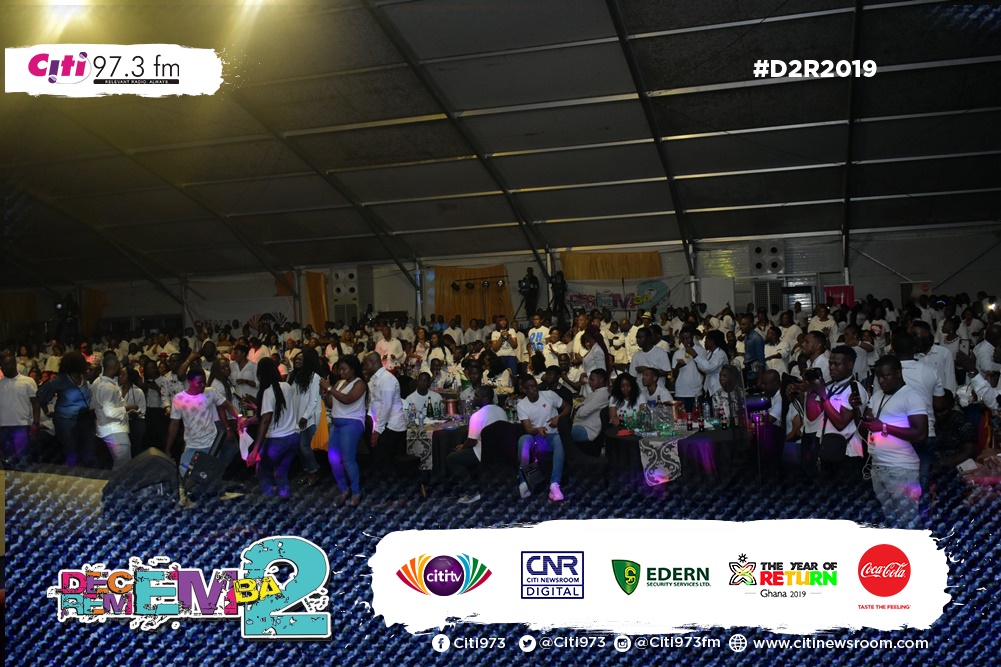 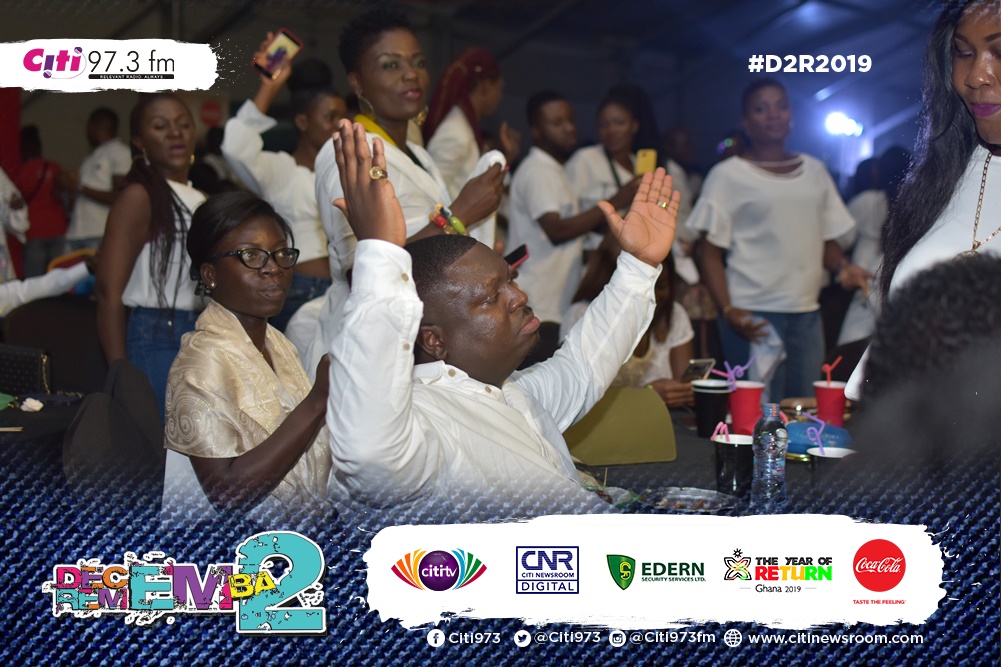 In September Genevieve Antwi-Nuamah, known in showbiz as Araba, was adjudged winner of the Season 4 of Citi TV’s Voice Factory.

She beat off competition from Ayjay Sam, Cleck Boyson and Idara (who placed second, third and fourth positions respectively) to win the ultimate prize of GH¢10, 000. 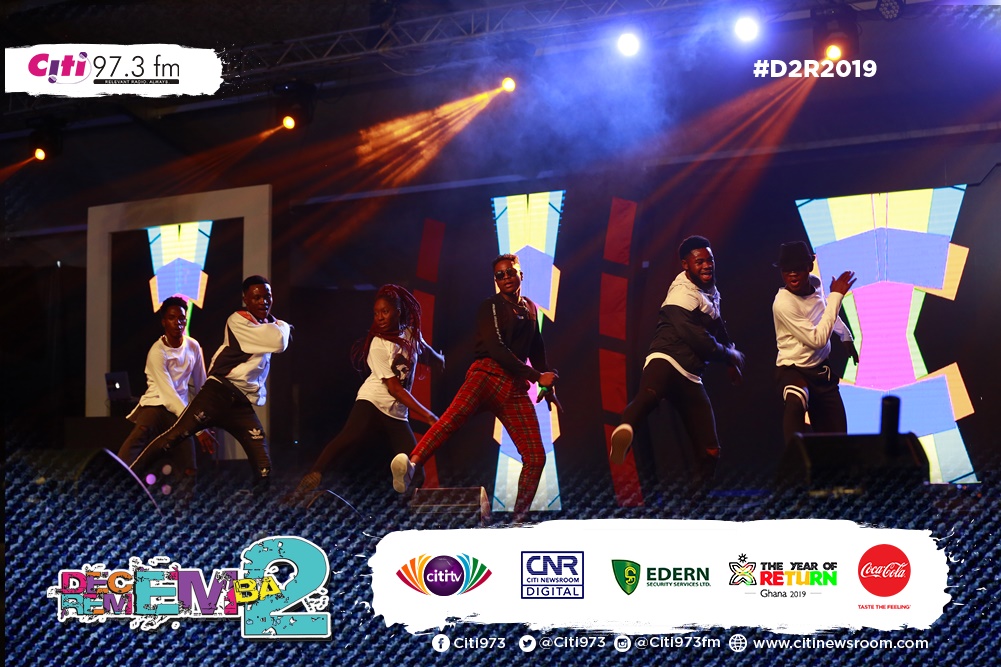 Their performance was followed by Highly Spiritual artiste Krymi who also did songs from his repertoire including the recent ‘Dwe’ which features his lable mate, Mr Drew and Sarkodie.

Camidoh followed with his performance keeping the auditorium alive with his energy.

Adina, the only female musician on the bill of Citi FM’s Decemba 2 Rememba concert was in her element during her performance at the show this year. 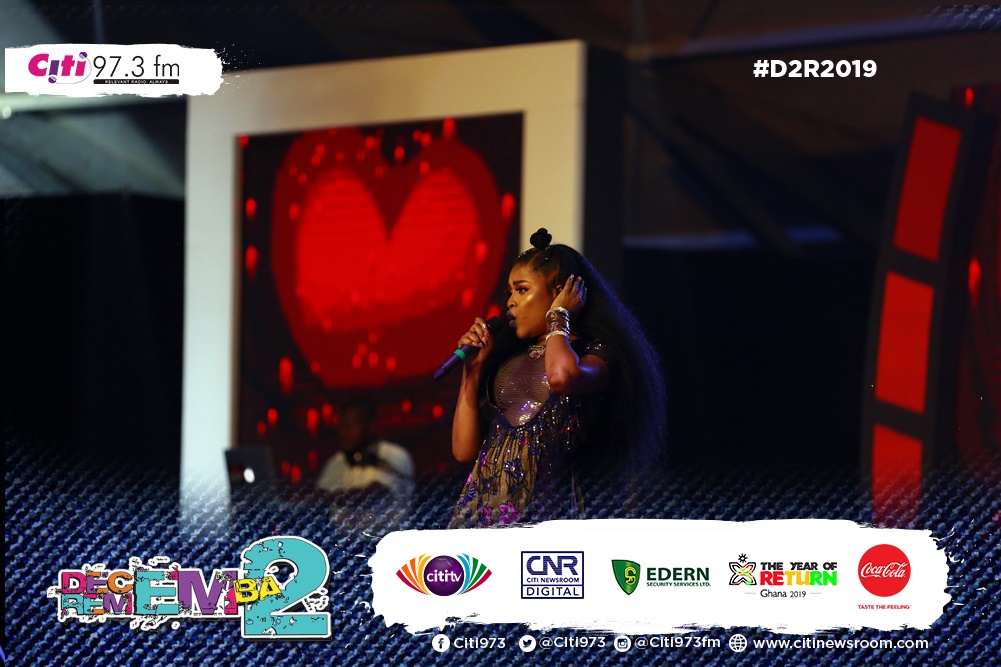 The ‘Sika’ hit maker performed songs like ‘Fakye’, ‘Too Late’, ‘Makoma’, ‘Killing Me Softly’, among others.

The ectastic audience could not help but dance to her bangers.

One artiste that has endeared himself to music lovers with his craft within a short period is Tulenkey. 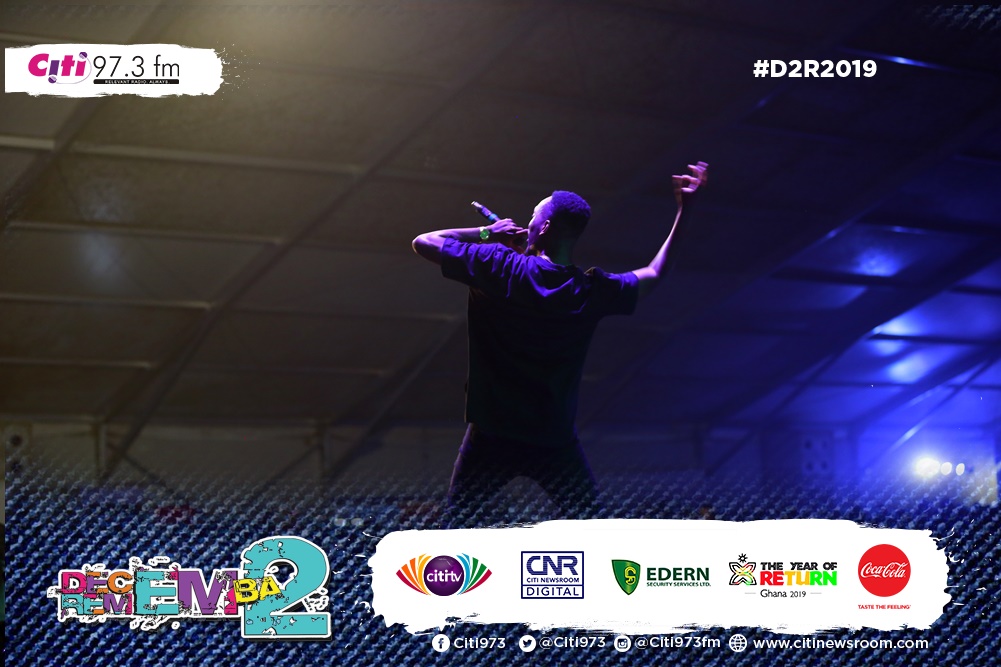 He has been able to win the hearts of music fans with songs they can easily relate. It is therefore not surprising that he could wow the audience at he concert last night.

Comedian OB Amponsah, mounted the stage to entertain the audience with his rib-cracking jokes. His entry with Emelia Brobbey’s infamous song ‘Fa Me Ko’ set the tone for his presentation. 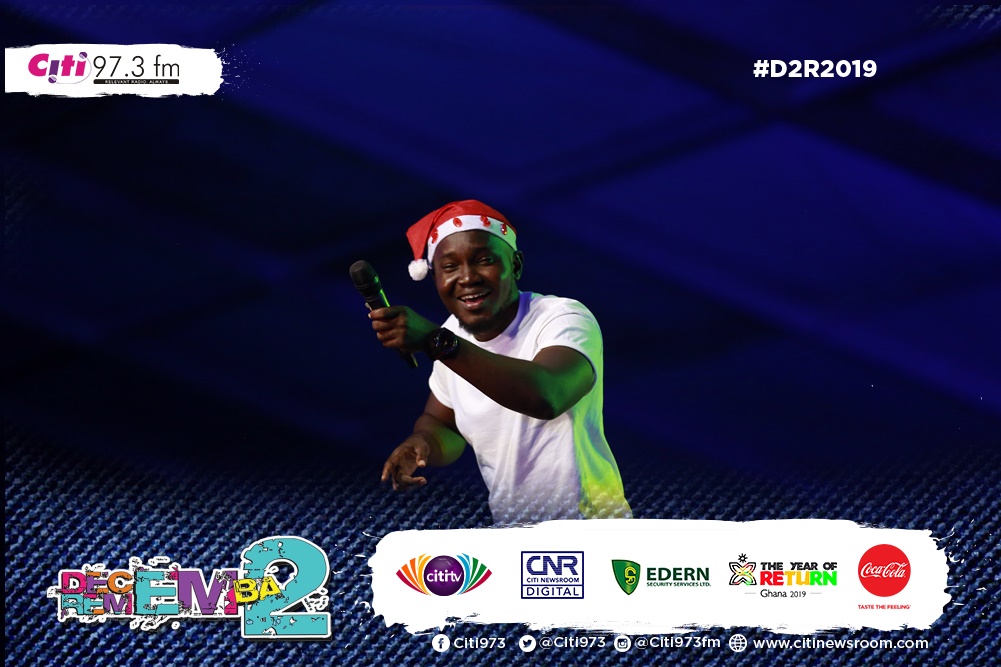 He was able to win the hearts of the patrons as he dropped one funny joke after the other.

A few months ago, OB Amponsah earned a lot of spurs for himself after sending patrons of Lords of the Ribs comedy show in Nigeria into a frenzy. 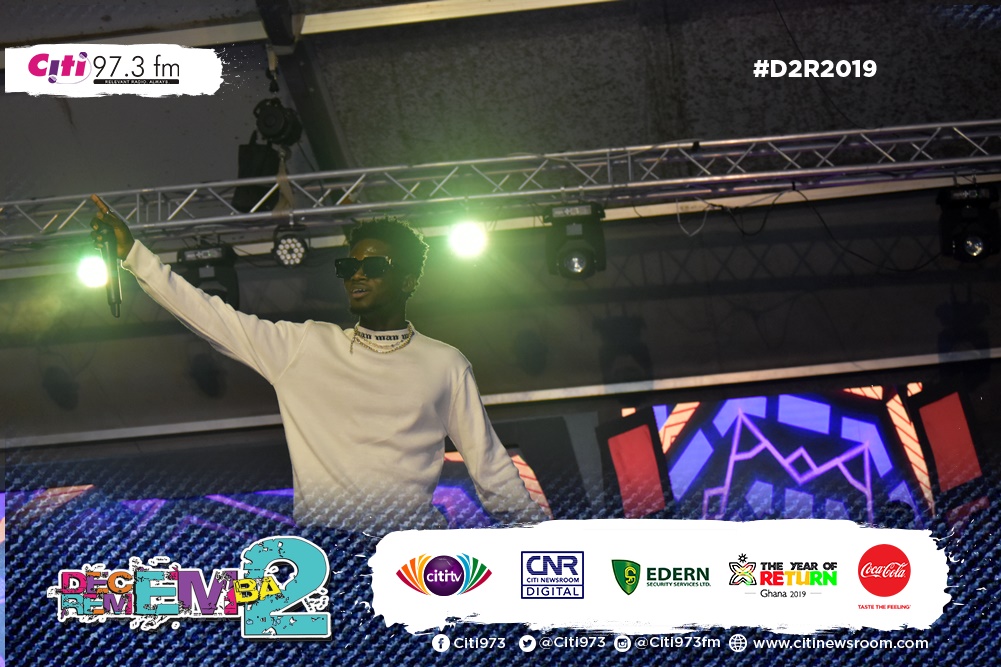 This was followed by another awesome perform that had President Nana Akufo-Addo in stitches at the 2019 Club 100 Awards. 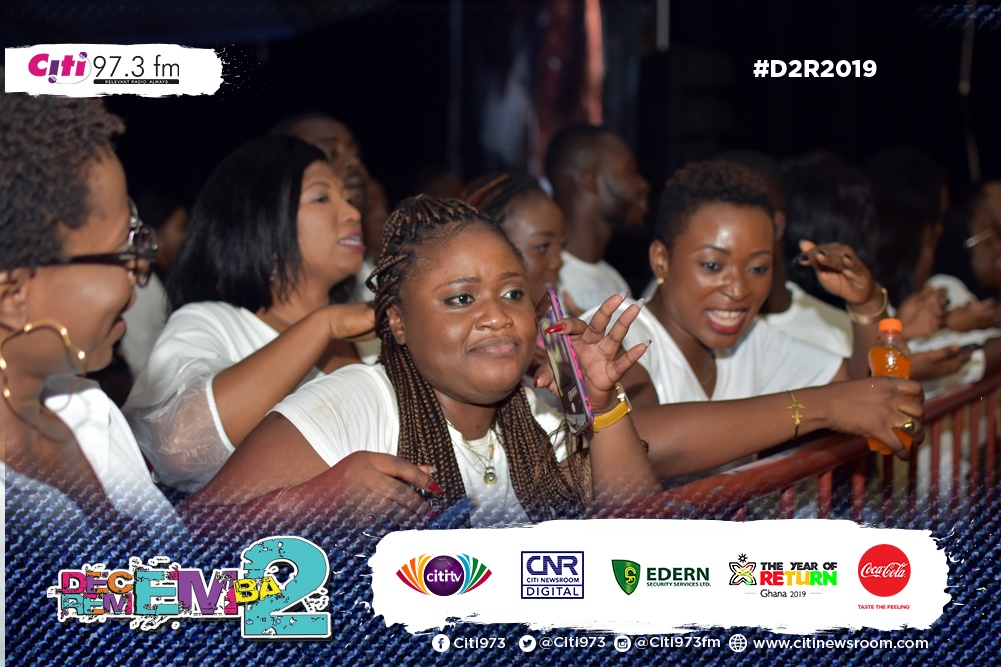 There were also amazing performances from Fameye, Kelvynboy, KiDi and Dope Nation.

Perhaps the most surprising moment on the show was the appearance by comic actor Mmebusem who came on to do a skit on the essence of giving and sharing especially during this festive period. 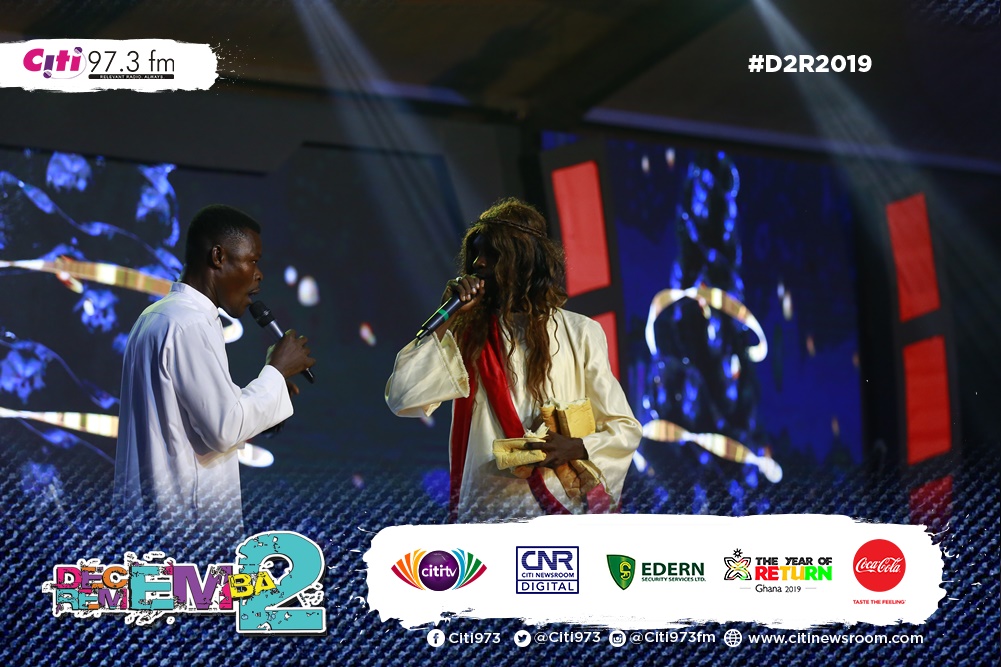 Kuami Eugene proved on the night that he is really a rock-star! He rocked! He kept patrons on their feet throughout his performance. One could feel the totality of his craft as he dazzled on stage with his awesome dance moves, vocal ability and agility. 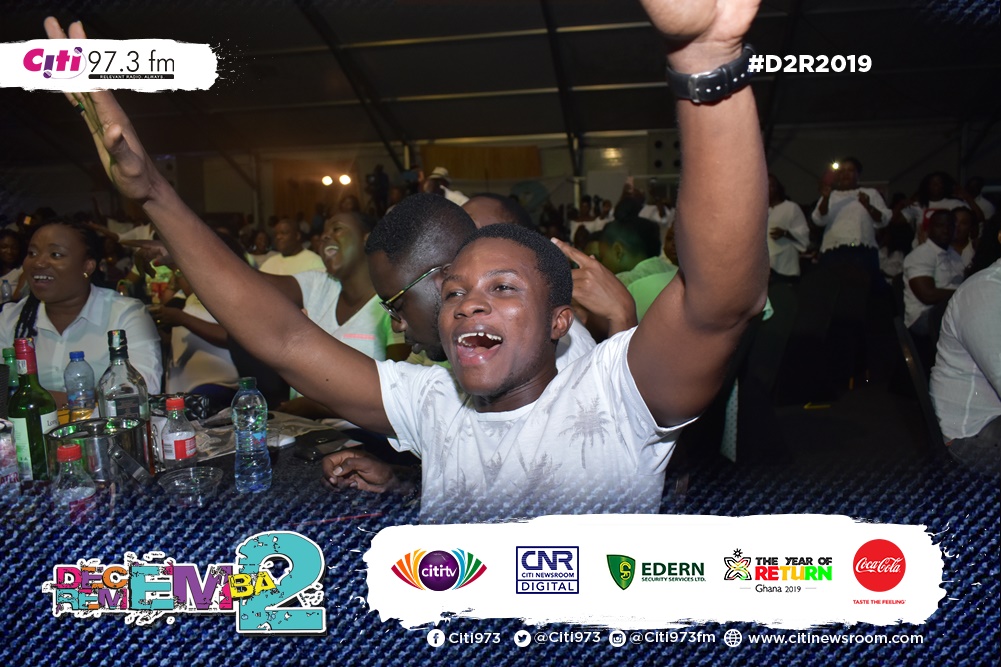 Typical of his quest for perfection, Okyeame Kwame put up an epic performance at the 2019 Decemba 2 Rememba Concert. 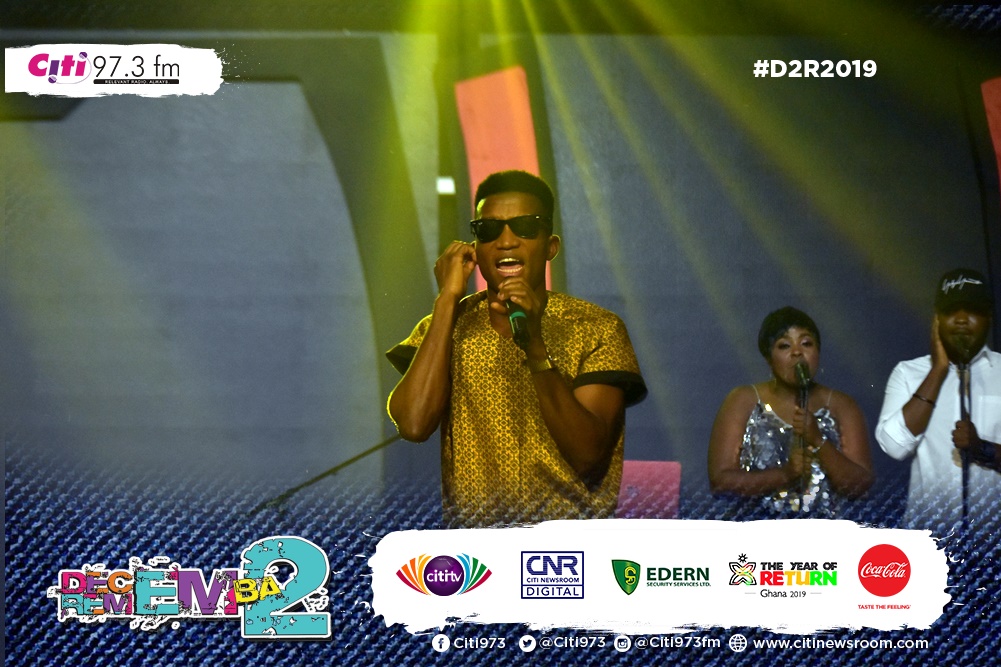 Clad in his locally designed outfit, he performed a repertoire of his songs, with the support of the Afro Harmony band.

Okyeame did songs like Woso, Faithful, M’asan Aba, Kokooko and One Gallon. 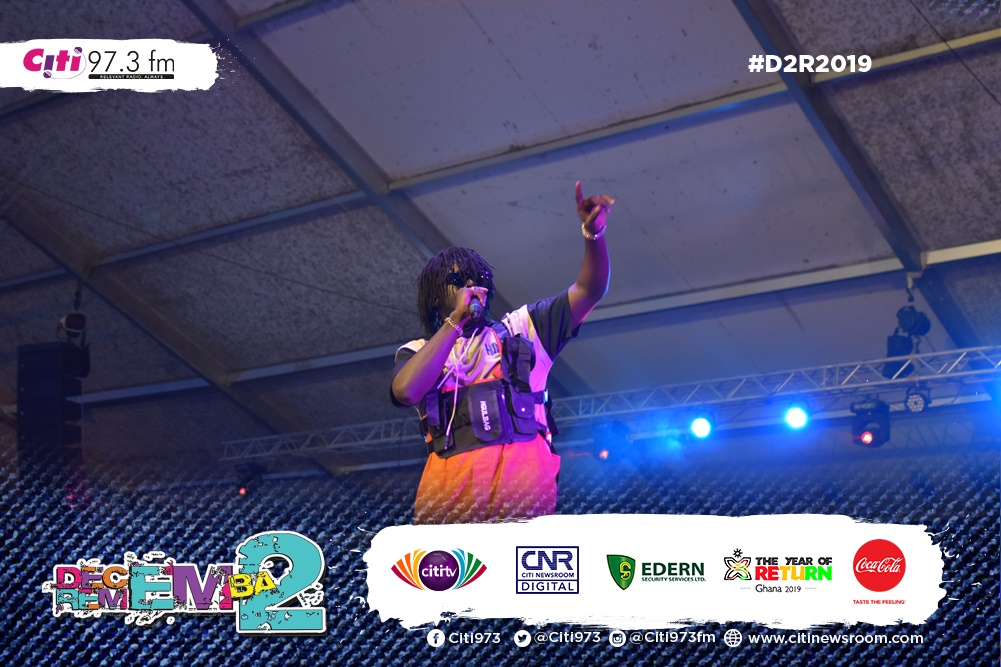 He also invited on stage the former President of the Musicians Union of Ghana (MUSIGA), Bice ‘Obour’ Osei Kuffour to perform ‘Killing the Game’ with him. 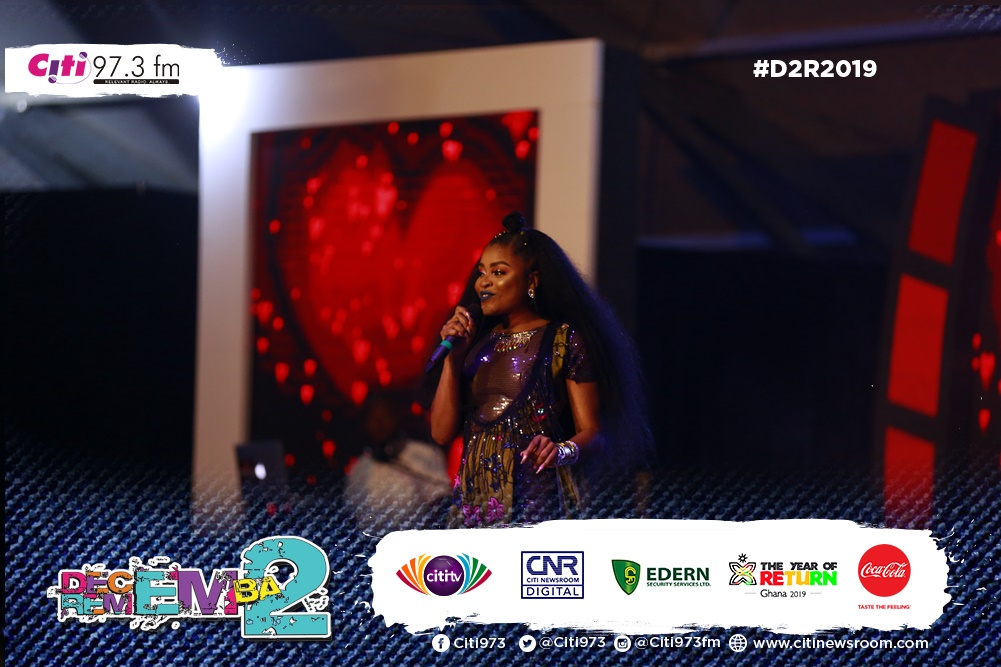 From Takoradi, came the Fante Rap God, Kofi Kinaata. Having had hit songs over the years and particularly with his ‘Things Fall Apart’ this year, it was not surprising he was given an effusive reception from the audience.

He also proved his mettle, entertaining the revelers to their relish. Kofi was on stage with the usual masquerders that characterise typical Christmas in Takoradi. 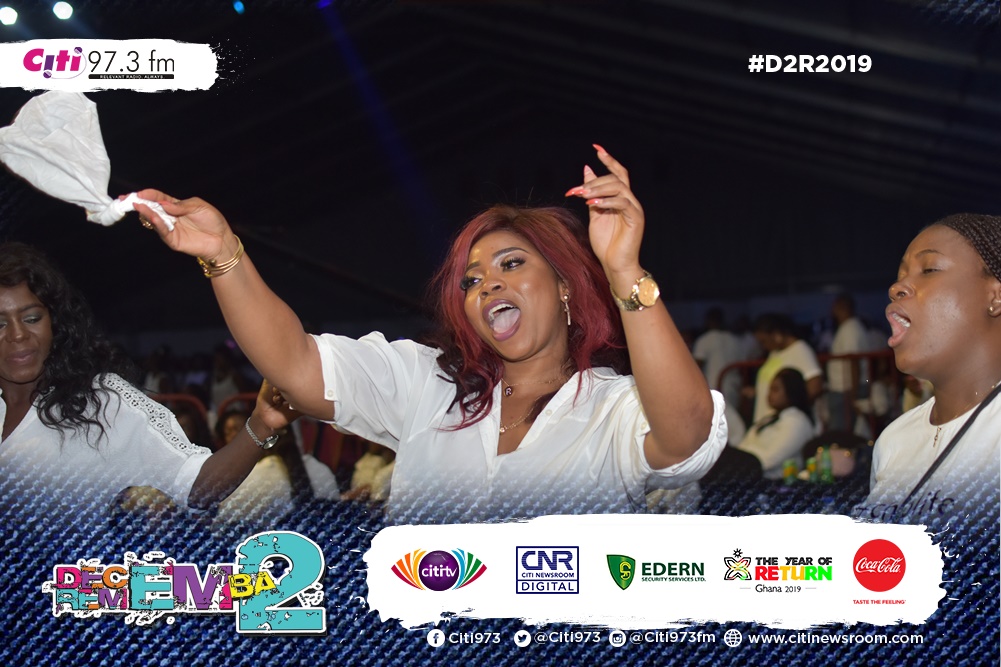 Praye were the last to perform. Even without the Choirmaster (who was absent) the other two were able to give their fans their best. 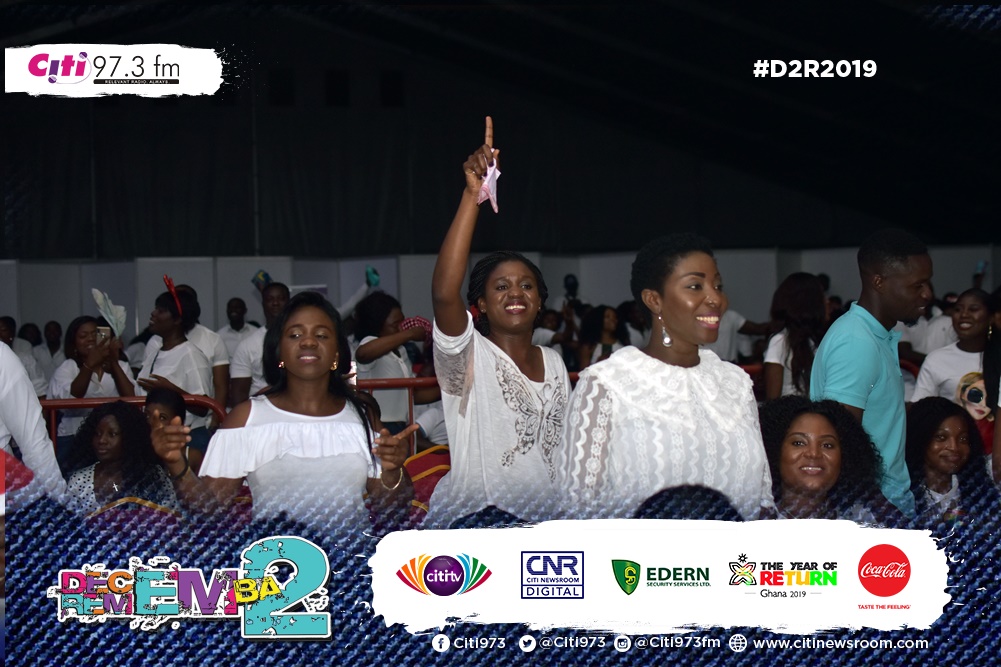 As part of their act, they even brought on stage veteran hiplife artiste T-Blaze and internet model Pamela Odame.

The biggest moments on the night were the DJ sessions with DJ Mingle and DJ Jayjay.

These two Citi FM DJs kept the groove alive with their eclectic selection of songs. 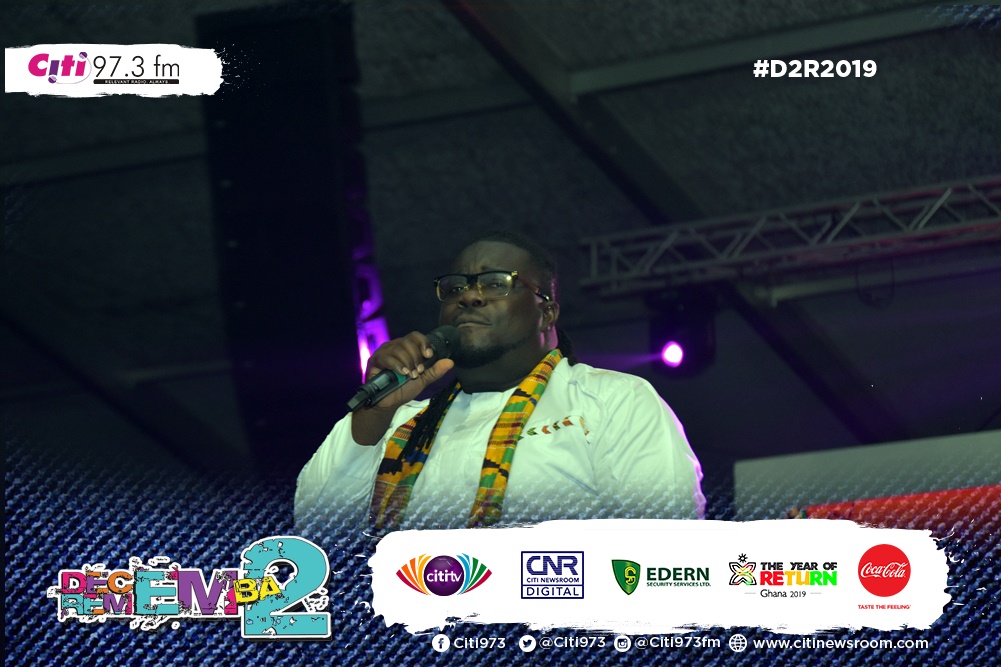 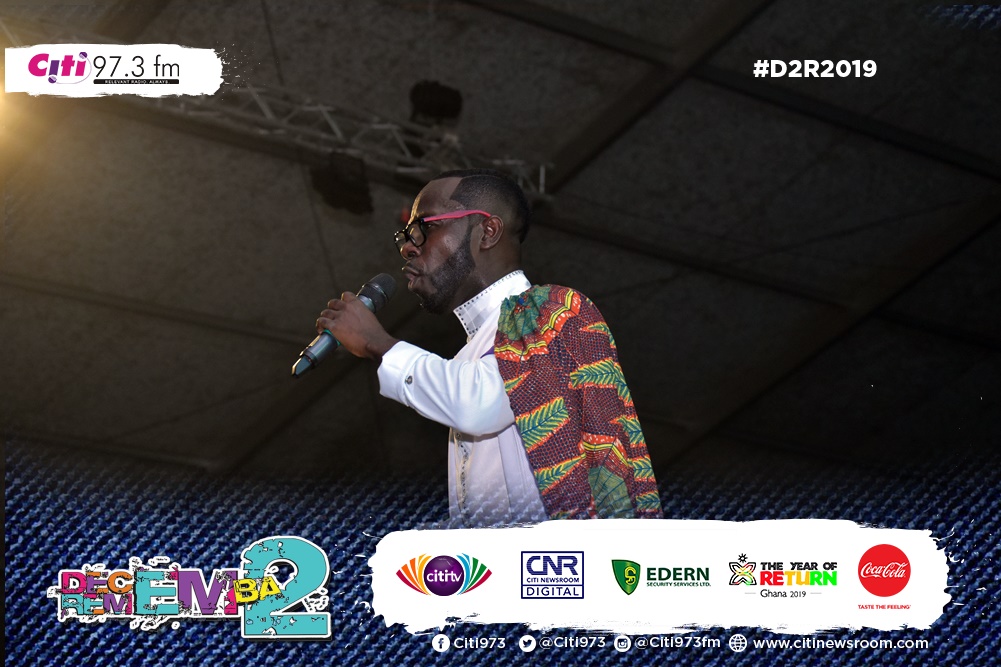 #D2R2019 was put together by Citi FM with support from Citi TV and The Year of Return.

It was sponsored by Coca Cola, taste the feeling, and had Edern Security as the official security partner. 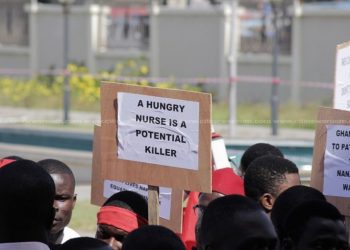 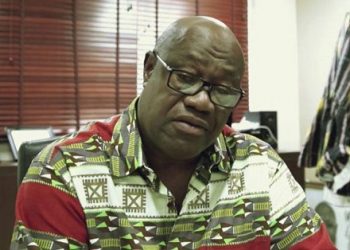 I’m disturbed by the news of Rawlings’ passing – Fritz Baffour 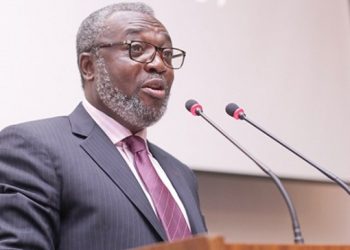 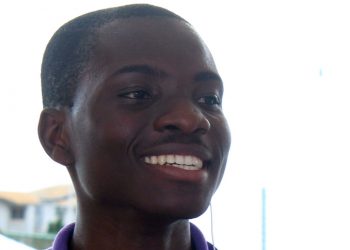