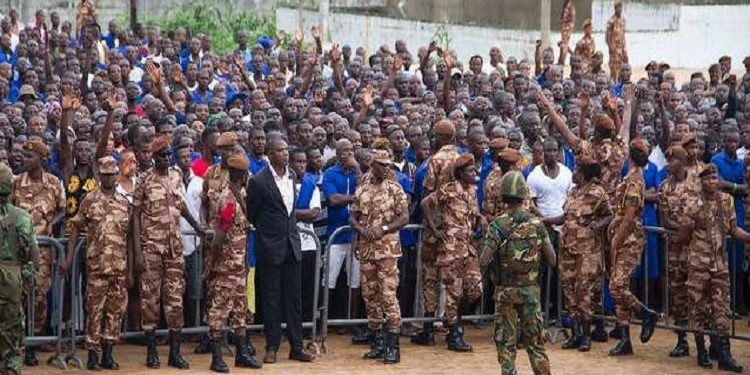 Prisons officers at a stakeholder engagement organised recently urged the Electoral Commission to provide adequate logistics to enable them to carry out their monitoring and supervisory roles more effectively towards ensuring free and fair elections.

They said there had been occasions when security personnel deployed to monitor and supervise elections were left to their fate at the end of polls, with some being saddled with the additional task of protecting ballot boxes beyond the scheduled time.

They, therefore, urged the Commission to make transport and other logistics readily available to convey the electoral materials for accountability purposes.

They expressed their concerns at a sensitisation programme, on the December 17 District Assembly Elections (DLE), organised by the La Dadekotopon Municipal Directorate of the National Commission for Civic Education (NCCE), for prisons officers, at their headquarters at Cantonments, Accra.

The programme, organised with the support of the La Dadekotopon Municipal Assembly(LaDMA), forms part of the NCCE’s efforts at sensitising citizens on the importance of casting their votes in the election of assembly and unit committee members.

Chief Superintendent Joseph Miyella, Staff Officer to the Commanding Officer, Ghana Prisons Service, emphasised that: “Sometimes, after the elections, there are no vehicles to send us back. We will be there, sometimes till midnight, before we can return the boxes.

“So we want the EC to put in place adequate logistics so that as soon as we are done with the elections, officers can be conveyed back to their stations to account for the boxes under their supervision to report to their duty posts on times?”

He assured Ghanaians of the readiness and commitment of the security agencies to ensuring a smooth, free and fair election on December 17.

“We don’t interfere in any elections, and we will continue to remain neutral….,” he said.

Mrs Gloria Amarki Kudo, the Municipal Director of NCCE, said the sensitisation programme had been necessitated because the nation had over the years witnessed low turnouts in DLE, held every four years.

This was, therefore, an effort at whipping up citizen’s interests to attain more than a 40 per cent turnout.

Mrs Kudo explained: “The only time we had a high turnout was in 2015 and we cannot retain the low turnout situation because the country is developing and so we, the citizens, must embrace our civic responsibilities by voting to strengthen our democratic governance,” she said.

Mr David Kwame Domeh, a Civic Education Officer at the laDMA NCCE, urged the officers who would be deployed on the day of the general election to take advantage of the EC’s special voting to exercise their franchise.

He said the Commission, in collaboration with the EC and the security agencies, would set up a call center at the Airport Police Command to facilitate communication towards addressing challenges.