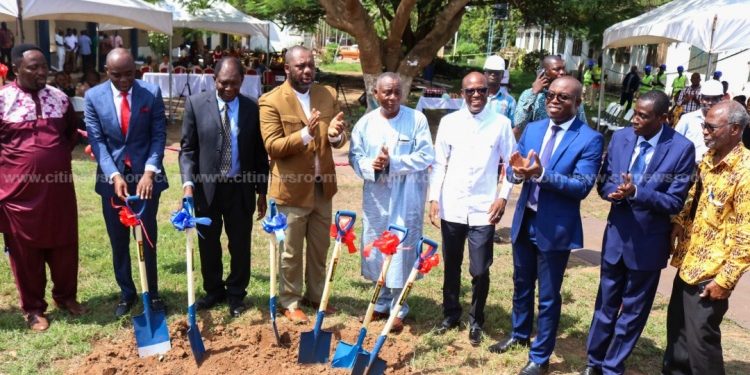 Ahead of plans to expand infrastructure for the admission and accommodation of more students under government’s flagship programme free Senior High School into tertiary institutions, the Minister of Education, Dr. Matthew Opoku Prempeh has cut sod for the construction of a 10-floor multipurpose twin tower and two student hostels for the University of Professional Studies, Accra (UPSA). 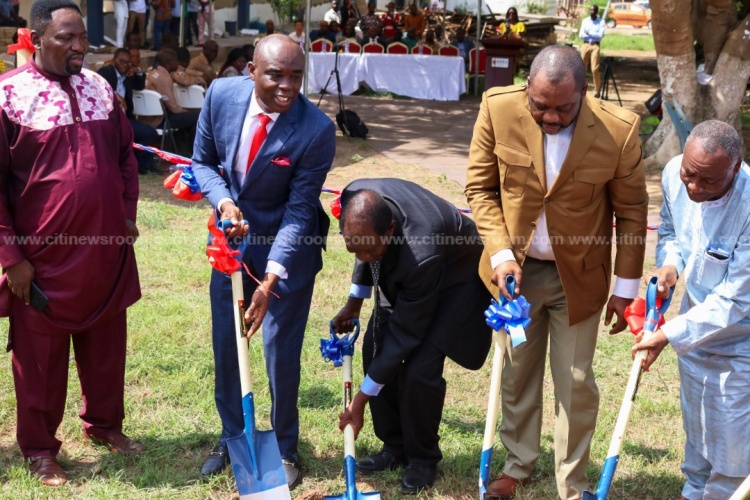 The twin tower, estimated to cost GH₵133 million, including offices, lecture blocks, commercial centres, and auditorium, is expected to be completed in 30 months.

The GH₵90 million hotel facilities, expected to house thousands of students to increase the university accommodation as well as admission, would be completed in 15 months.

Speaking at the ceremony last week, Dr. Prempeh said, the initiatives were part of government’s efforts to increase university enrollment and accommodation, following the introduction of the free Senior High School (SHS) programme.

“In order to have more infrastructure to enroll more students, this government has at least put in measures and is supporting universities like UPSA to go to the market and borrow money and we are confident it will be used wisely to develop infrastructural projects and that is what the president insists that the Education Ministry supports. With good business proposals, the Ministry of Education will continue to support any university or tertiary institution that wants to do infrastructural development that is hampered by funds immediately”.

Dr. Prempeh said the free SHS was an initiative the government had committed to ensuring that the more than 100,000 children who qualified for secondary education annually went to school.

“The wastage of human capital due to the inability of some parents to raise money for their wards in secondary education would never happen again in this country. If we think education is expensive, we have tried ignorance, so if nothing at all, the oil money would be used to finance the free SHS programme,” he said. 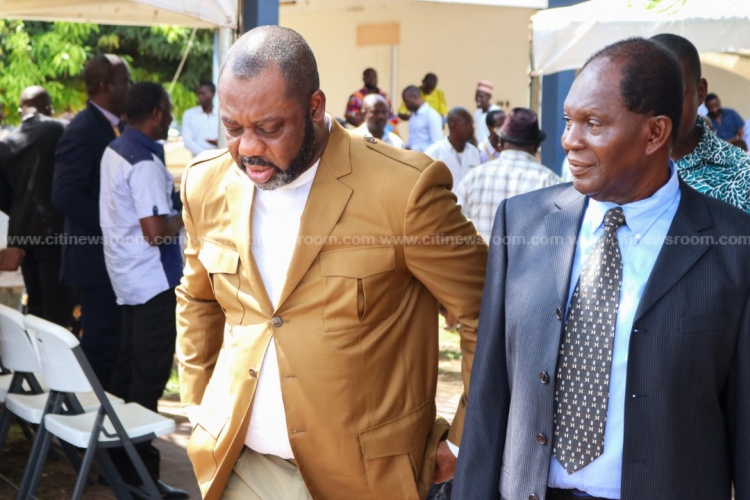 Dr. Prempeh reiterated the government’s refusal to concerns that parents who could afford to pay their wards fees should be allowed to pay, stressing that the programme was free.

The Vice-Chancellor of the University, Professor Abednego Okoe Amartey, thanked the minister for the swift intervention towards the commencement of the project.

He said the project when completed would enhance academic activities and pledged the university’s commitment to ensuring good maintenance culture.