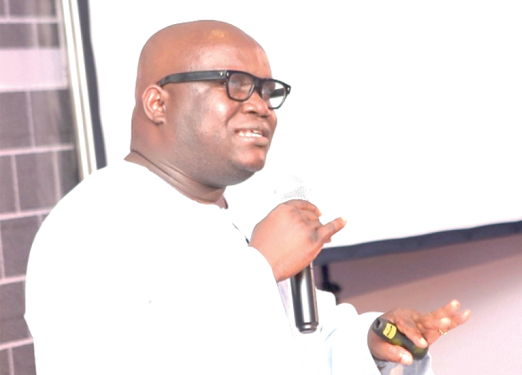 The Media Coalition against Illegal Mining is calling for strict enforcement of the amended Minerals Commission Act that proffers stringent sanctions against perpetrators of illegal mining.

The comments follow the resurgence of the menace in the Eastern Region, especially in the Kwahu West Municipality being perpetuated by foreigners with the help of locals.

In a Citi News interview, convener for the coalition, Kenneth Ashigbey said, it is critical to intensify the anti-galamsey fight else all efforts will come to nought.

“I think it is about time we start holding the leaders in these communities responsible. We need to re-focus our attention on who is bringing these foreigners into this country to come and do this thing, Who are the people who are behind them and who are those giving off their lands to them to desecrate our heritage?”

“It just tells all of us as media that the work that we rightly started, if we take our legs off the pedal or take our eyes off the ball at this time then it will let everything we have done perish. Are these people being prosecuted or we are still following the Aisha Huang thing where we will just deport them and get them to come back again. Let’s make sure that these people are being prosecuted and the punishment that is being given to them should be able to commensurate the damage done to the environment”.

Mr. Ashigbey further noted that comments by the MCE for Kwahu West Municipality that the Assembly lacks the capacity to tackle the menace are inexcusable.

“My disappointment is for the fact that the Municipal Chief Executive who is the head of the Municipal Security Council and the head of the mining committee of the municipality cannot be telling us that he cannot do anything about this. It is either that somebody is preventing him from doing something or he is incompetent to do it, in both cases then he shouldn’t be at where he is.

“I think beyond just calling for support he should be actively doing something about these people because the number of foreigners that have come into the jurisdiction are so many and so if foreigners have come into his jurisdiction.  I am sure he has the immigration as part of his security council so he should be able to get the immigration to go and ask these people what permits they have sitting in these communities” he added.

Government waged a war on small-scale illegal mining, known locally as galamsey, in 2017 following pressure from the media.

All forms of small-scale mining were subsequently banned and a taskforce known as Operation Vanguard was also formed to fight the galamsey menace.

But there are fears some farmers and landowners in parts of the Eastern Region have connived with foreigners from Burkina Faso, Mali, Guinea, Niger to mine illegally.

Give us viable seeds, subsidy on time – Peasant farmers to gov’t

1,190 vehicles being supplied, 962 structures being built for SHSs – Akufo-Addo

1,190 vehicles being supplied, 962 structures being built for SHSs - Akufo-Addo