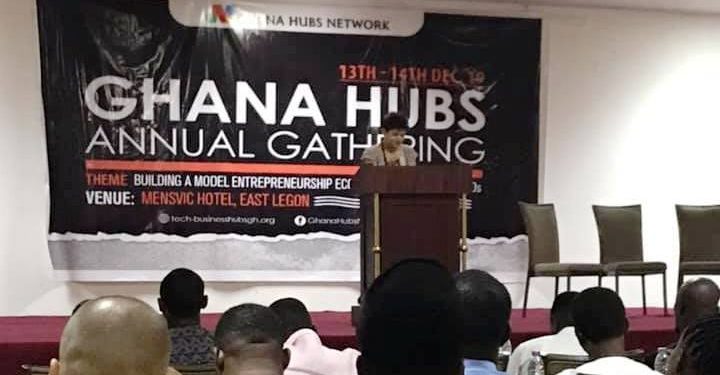 Head of Operations at the Accra Digital Centre, David Ofori, has advocated for technology hubs and other stakeholders in the entrepreneurship ecosystem to join forces and build a well-defined data driven startup ecosystem across Ghana in the various categories of the different sectors.

He explained that such a move will help them in having a tailor-made advocacy in pushing for policies to be designed and implemented.

Speaking at the 2019 Ghana Hubs Network Annual General Meeting, Mr. Ofori bemoaned the improper categorization of startups in the country.

He said that in other countries startups were properly categorized and thus, made it easier for them to push for their

“As ESOs, I would like to advocate that we join forces and build a clearly defined data driven startup ecosystem across Ghana in the various categories of the different sectors because it is important that we build a categorization of the start ups and that will help us have a tailor made advocacy and also some bespoke approach to dealing with it. This is the only way we can see ourselves as a major force in the country,” he said.

Mr. Ofori also challenged operators of hubs to be innovative and position themselves to make the necessary impact.

The next five to ten years will be very interesting for hubs because innovation is being spoken about all across the world. We need to position ourselves well as ESOs to be able to make the impact that we need to make.

Speaking on how the Ghana Hubs Network could be effective in helping startups in the country, he advised that hubs keep a comprehensive data of startups that they engage.

Mr. Ofori believes that this will go a long way in having a bespoke approach to finding assistance for startups.

“My learning in the ecosystem taught me that we don’t have comprehensive data on our startups. We have a lot of startups but we don’t have comprehensive data. If someone walked in here and said ‘Hub Network, how many AgriTech startups do you have? Can we answer that? We are all hubs and we share good relationship but we don’t share the data. We should be able to know right from Wa to Accra, how many AgricTech startups we have. That data is missing and means that as ESOs, we are not actually leveraging on our relationships to be able to have a tailor-made or bespoke approach to getting help for the startups,” he said.

Also speaking at the meeting, outgoing Chairman of the Network, Gideon Brefo disclosed that from the 16 member hubs in 2016, they could now boast of having 34 members involved in the Ghana Hubs Network.

He added that following the decision by Ghanaian hubs to come together, hubs in other countries, including South Africa, Egypt, Kenya and Nigeria, decided to also build a community of hubs to push the agenda of entrepreneurship.

“We see that entrepreneurship is becoming a buzzword all around the world. For our country, that is one of the agenda that is being pushed forward. There are other African countries that are noted to be having a vibrant ecosystem like Kenya, South Africa, Egypt and recently Rwanda. But surprisingly, until Ghana formed the hubs network, none of these countries had been able come together as an association of hubs to charter the affairs of the entrepreneurship ecosystem until we did and had our gathering in 2018,” he said.

“Sometime this year, we worked with the Konrad Adenauer Foundation in organization the German-African entrepreneurship summit and most of these ecosystem players in the other countries in the sub-region attended and when they saw that we are together and moving the agenda of entrepreneurship in our country, they went back and now they have also formed associations, he added.

The 2019 Ghana Hubs Network Annual General Meeting was held at the Mensvic Hotel in Accra.

It was held on the theme “Building a model entrepreneurship ecosystem, the role of ESOs”.

The meeting is expected to create opportunities for the members of the Network and its stakeholders to meet and engage the Ghanaian technology and entrepreneurial ecosystem to exchange knowledge and network.

It is aimed at building a collaborative relationship and share resources about the opportunities that the data revolution and innovation in Ghana presented for social and economic development.

To our returnee brothers and sisters; some vital tips to avoid being scammed in Ghana – Pt. One 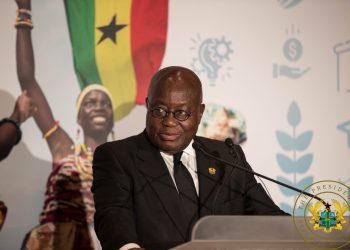 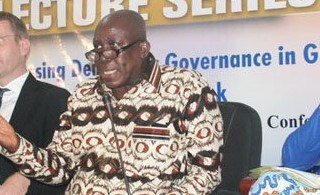 To our returnee brothers and sisters; some vital tips to avoid being scammed in Ghana – Pt. One