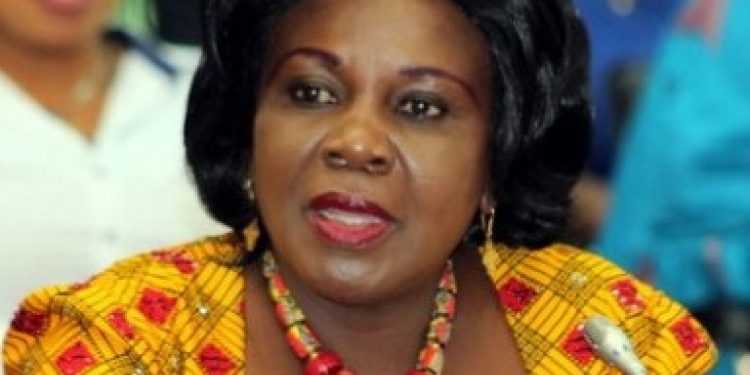 Minister for Sanitation and Water Resources, Cecilia Abena Dapaah, has stated that the ministry’s efforts in fighting open defecation across the country has yielded positive results.

According to the minister, the Sustainable Rural Water and Sanitation project has provided targeted communities with 12,972 household toilets.

The project, among other things she explained, has aided various communities to attain open-defecation-free status.

She said the ministry has initiated the construction of 2,000 household toilets in the Ashanti, Western, Central and Northern Regions which she says is critical for the campaign to end open defecation.

The Sanitation Minister adds that 260 beneficiary schools have been provided with toilet facilities.

“Through the implementation of the rural sanitation module and strategy sponsored by UNICEF, 3,000 have been declared open defecation free by constructing 40,348 household toilets to benefit 300,789 people. Under the urban sanitation pilot project a total of 21,332 household latrines have been constructed in Tamale, Ho and Ashaiman. 30 basic schools have gained access to improved toilets, the ministry through the Greater Accra Metropolitan area sanitation known as the GAMA sanitation and water project has also within the project period constructed 6,000 household project benefitting about 180,000 low income communities. Under the same project, 260 beneficiary schools have been provided with toilet facilities to benefit 200,000 school children”.

Cecilia Dapaah, who was speaking at the meet-the-press session said her Ministry has received some US$43 million from the World Bank to fund the Greater Accra Resilient and Integrated Development Project.

According to Cecilia Dapaah, during her 3-month-tour of Accra and other parts of the country, the issue of water, sanitation and hygiene was still a major challenge. She called for the attitudinal change among sanitation offenders adding that the National Sanitation laws will prosecute persons who breach sanitation laws.

“The ministry has initiated the process of putting together a comprehensive consolidated National Sanitation laws. It will also serve as the primary reference document for the preparation of local bye-laws as well as enhancing successful prosecution of sanitation offenders”.

In spite of all the challenges facing the sanitation ministry, Cecilia Dapaah, mentioned that the sanitation condition in the country has improved. She called for the support of local government and stakeholders to join the fight in ensuring that Accra becomes the cleanest city in West Africa.