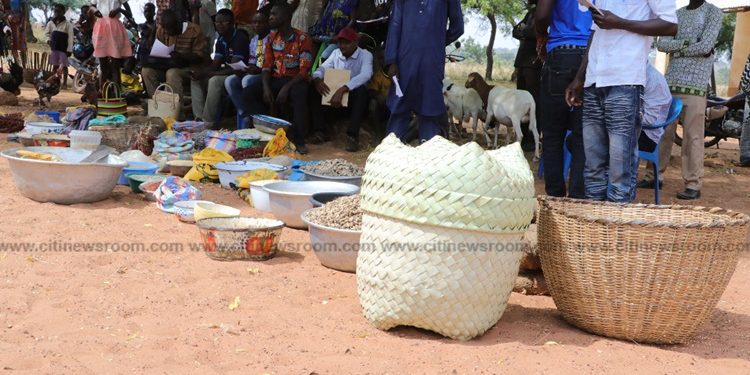 The Yunyoo Nasuan District in the Northern Region has organized its maiden farmers day celebration where eight farmers including a young physically challenged male farmer were awarded for engaging in best agricultural practices in the district. 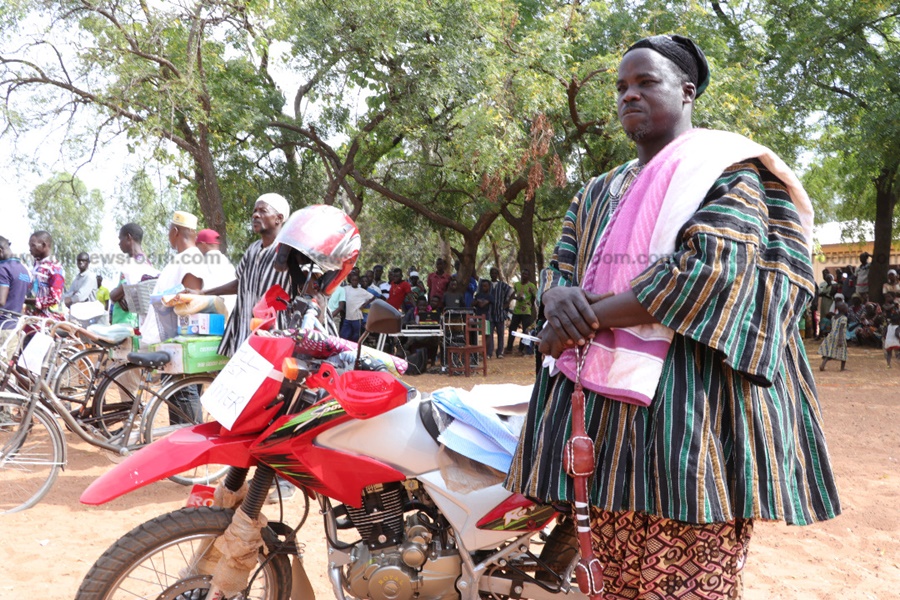 Mr Dahamani, a teacher by profession has been in farming since 1997. He cultivates different kinds of crops in the area including beans, maize, guinea corn, yam, potato and animals such as guinea fowls and fowls. 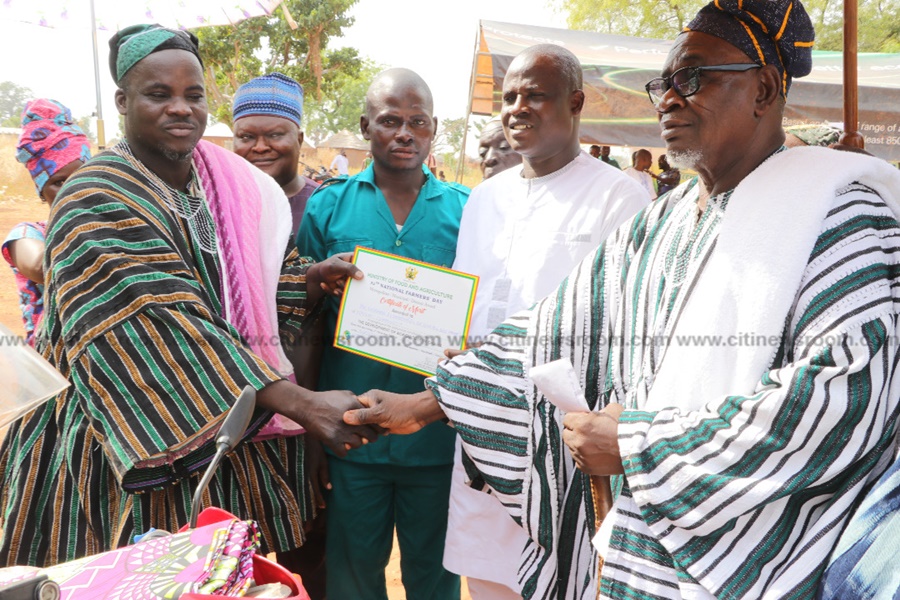 Farm produce such as potato, sorghum, yam, soybean, groundnuts, maize, sesame, cocoa, cashew and baskets made with straws which are used as storage for peasant families as well as fowls were exhibited.

It has been discovered that parts of the vegetation in the area contains plains and valleys suitable for the cultivation of cocoa and cashew which when harnessed properly can become a major cash crop for the people in the area. 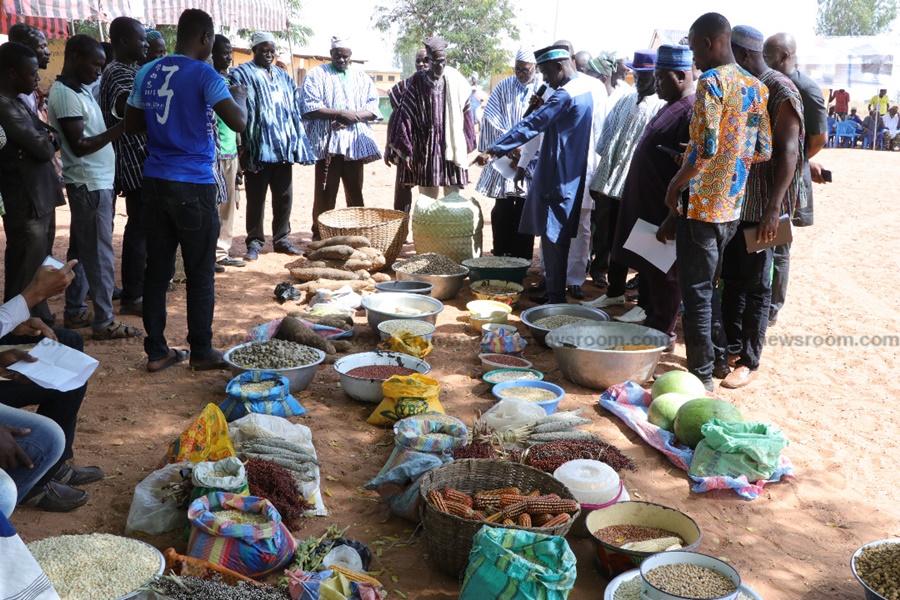 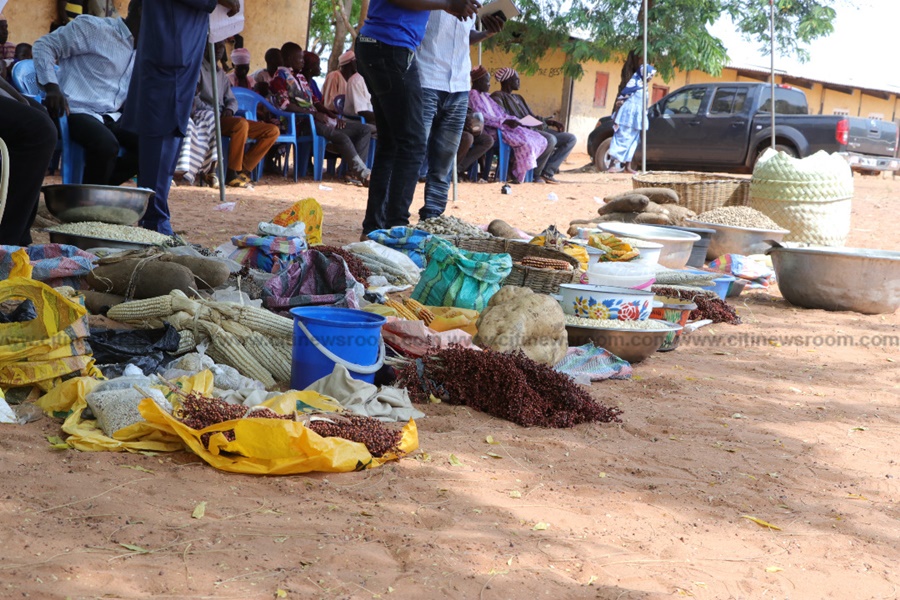 The district is currently struggling to come out of a myriad of problems including sporadic conflicts which many say are responsible for the retarded growth of the area.

The cultivation of cereals and grains have longed been the preserve of the area where 90% of the households engage in subsistence farming.

According to him, the district is endowed with great agricultural potentials and agribusinesses that could change the narrative in the area but the current state of the road network does not support effective activities, as the majority of the farmers and traders finds it difficult to go about with their work.

Mr Atinbeok said despite the capability of the district, bad environmental practices such as bush burning and wanton felling of trees in the area is taking a great toll on the vegetation cover of the area and called for the need to preserve the ecosystem through best practices.

He particularly expressed worry about indiscriminate charcoal burning and evasion of farms by errand herdsmen which was causing havoc and appealed for cooperation from the chiefs and people to control the practice in order to boost agriculture especially at a time that government had taken deliberate policies and initiatives to develop agriculture in Ghana.

The District Chief Executive of the area, Oscar Liwaal said the government’s intention to stabilize the economy and create jobs for the youth rolled out policies which culminated into positive indicators and led to food security.

He announced that six dams in the district have been completed with several others waiting to be completed soon and urged the youth in the district to take advantage of the opportunity in order to improve their lives.

The proximity of the district to the Togo border is allegedly fueling smuggling activities. The district recorded a huge shortage of the subsidized fertilizer meant for the planting food and jobs.

But according to opinion leaders, dealers and smugglers hijacked the fertilizer and traded them across the borders.

“The fertilizer wasn’t available for people to buy. And where it was available it was too expensive. We bought way above the government-controlled price. The government should take better control of the price. The agriculture officers and the security officers should take charge and ensure nothing is smuggled out of the country”, the chief told Citi News.

But in response, Mr. Atinbeok, denied the assertions that fertilizer was being smuggled out of the country.

“We work hand in hand with the security including plain cloth personnel and the BNI who are on the lookout for us especially at the borders and nothing like that was recorded. People depend more on speculation and end up giving misinformations.”