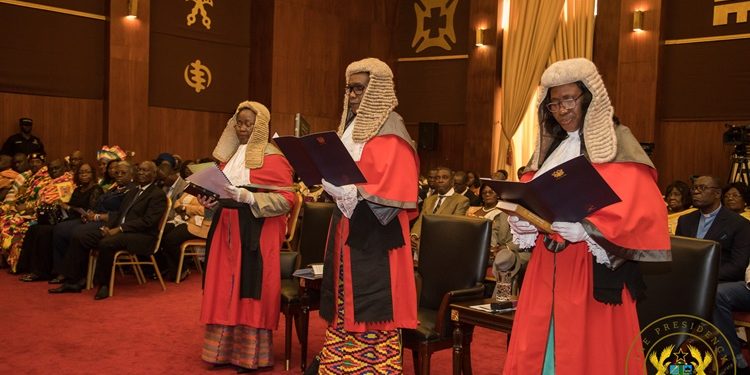 President Nana Addo Dankwa Akufo-Addo, has tasked Justices of the Supreme Court to ensure the strict application of the laws of the land, and do so without fear or favour, affection or ill-will, and, therefore, without recourse to the political, religious or ethnic affiliations of any citizen of the land.

According to him, “when anyone falls foul of the law, the society expects that the person will be dealt with accordingly, and the law enforcement agencies must ensure this is done. That is the true meaning of the concept of equality before the law. The Judiciary plays a central role in law enforcement, with the Supreme Court as the apex court.”

The President made this known on Tuesday, 17th December 2019, when he swore into office Justices Mariama Owusu, Avril Lovelace-Johnson and Gertrude Araba Esaaba Torkornoo, three female Justices who have been appointed to fill three vacancies on the Court as a result of the retirement of two Justices, namely, Justice Vida Akoto-Bamfo, and Justice Sophia Adinyira, and the impending retirement of Chief Justice Sophia Akuffo in three days’ time.

Congratulating the newly sworn-in Justices, he indicated that “you are deemed to have the independence of spirit, proven integrity, high moral character, and impartiality of mind to hold this high office. Your appointments are, thus, truly well-deserved and merited.”

With the Constitution of the 4th Republic decreeing that the Judiciary has jurisdiction in all matters of the breach of the law, civil and criminal, including matters relating to the interpretation and enforcement of the Constitution, the President indicated that the Court also has onerous responsibilities to protect the individual liberties and fundamental human rights of citizens. 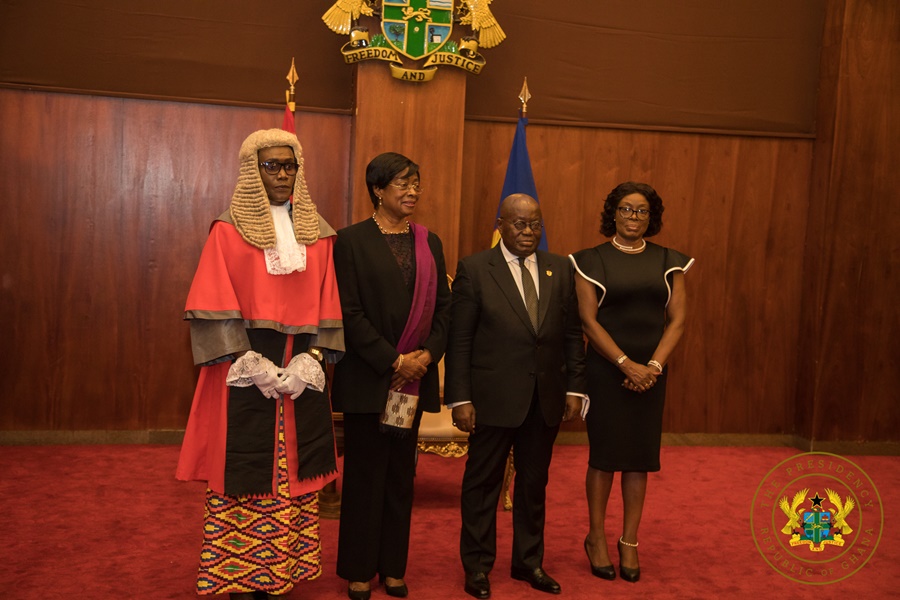 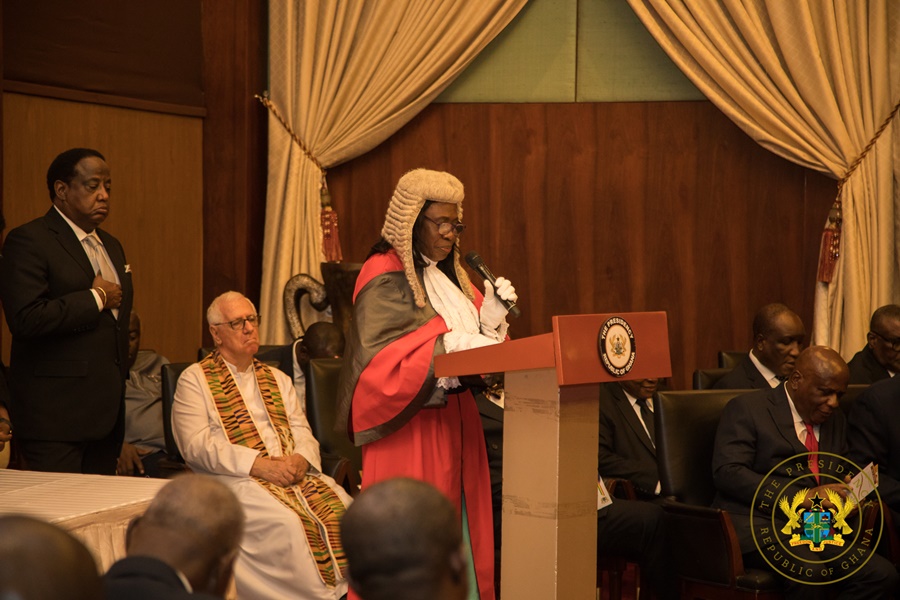 He continued, “The situation, where judges proffer judgements on the basis of decisions from lower courts and cite them as law, is not acceptable, and even less so when judges cite no authority at all for their rulings and give orders without reasons. Judges, more so Justices of the Supreme Court, must be learned, know their case law and ensure their decisions and judgements are properly motivated.”

The President, thus, urged the new Justices of the Supreme Court to help “build a new Ghanaian civilisation, where the rule of law is not a slogan, but an operating principle for the development of our State, so that the dreams of prosperity that animated the great patriots, who founded our nation, can find expression in our generation.” 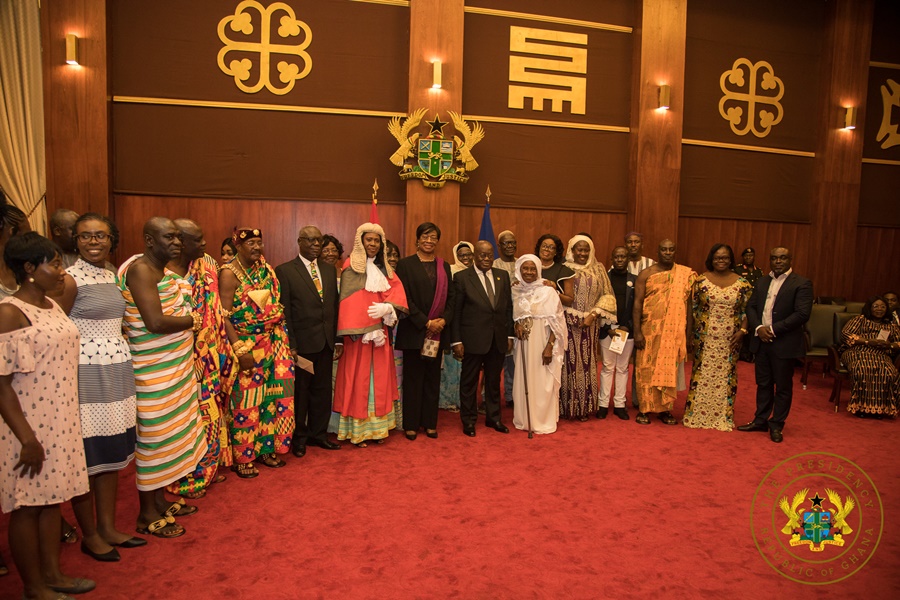 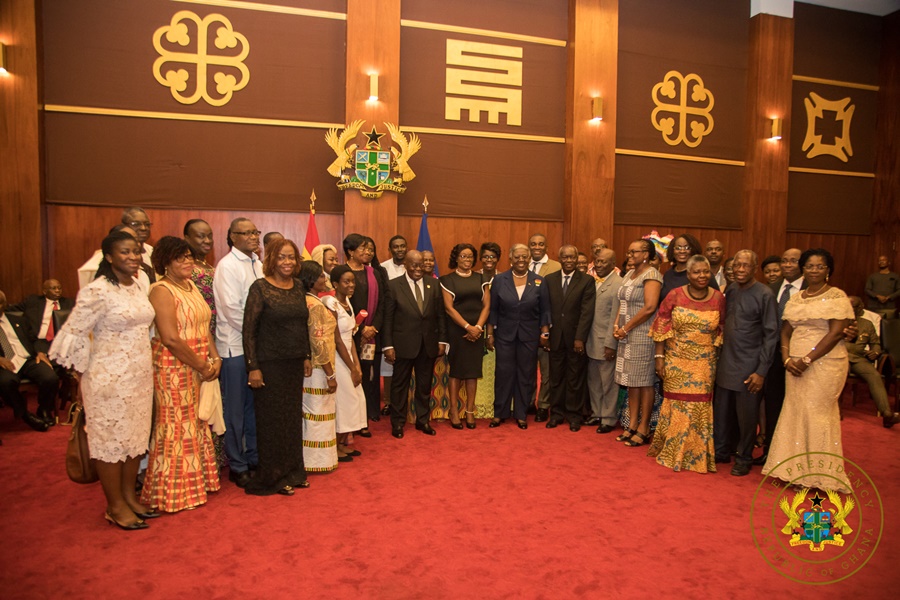