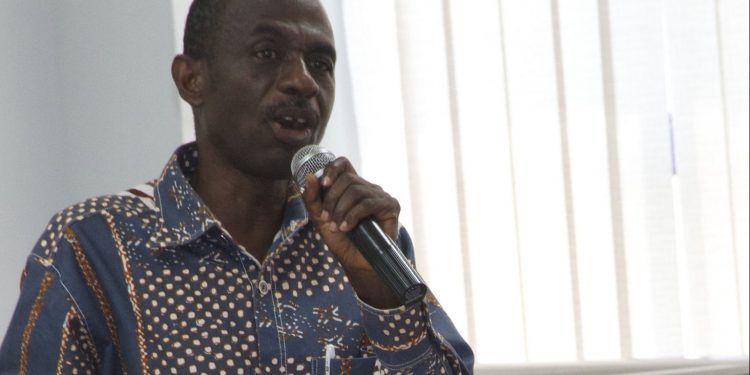 The National Democratic Congress (NDC) has reiterated its opposition to the Electoral Commission’s move to compile a new biometric voters’ register, saying it is illogical.

Addressing a press conference in Accra on Thursday, the General Secretary of the NDC, Johnson Asiedu Nketiah said the new register “defies logic and must be fiercely resisted as we in the NDC intend to do.”

However, Mr. Asiedu Nketiah argued that the current register has proven reliable enough on the evidence of the District Assembly Elections.

“The current voters register was used to successfully elect about 6,600 district assembly members and about 33,000 unit committee members. Yet the Electoral Commission is telling us that the same register cannot be used to elect one person and 275 Members of Parliament.”

“The current register was the one that was used to elect Nana Akufo-Addo and the NPP into office,” he added.

In addition, he highlighted the novelty of an opposition party backing an older voters’ register.

“We are not complaining. In fact, we are saying that let us use the same register so that given the state of the shenanigans that were played by the NPP in 2016… we will see whether they can win again.”

The Director of Elections at the EC, Dr. Serebour Quaicoe justified the move saying there was a need to tackle verification challenges that occur on Election Day.

Dr. Serebour Quaicoe, also clarified that the said amount is not only for the procurement of equipment but to among other things cater for the full cost of undertaking a fresh registration exercise.