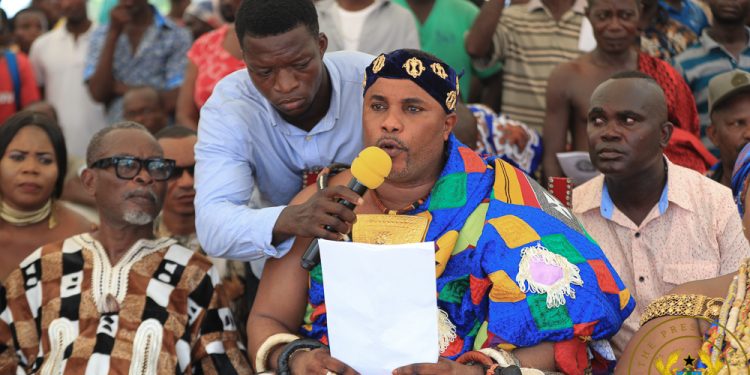 According to Nii Kwarshie Gborlor IV, “Before President Akufo-Addo came, successive governments have only paid lip service towards industrialization.  But under Akufo-Addo it is now a reality.” 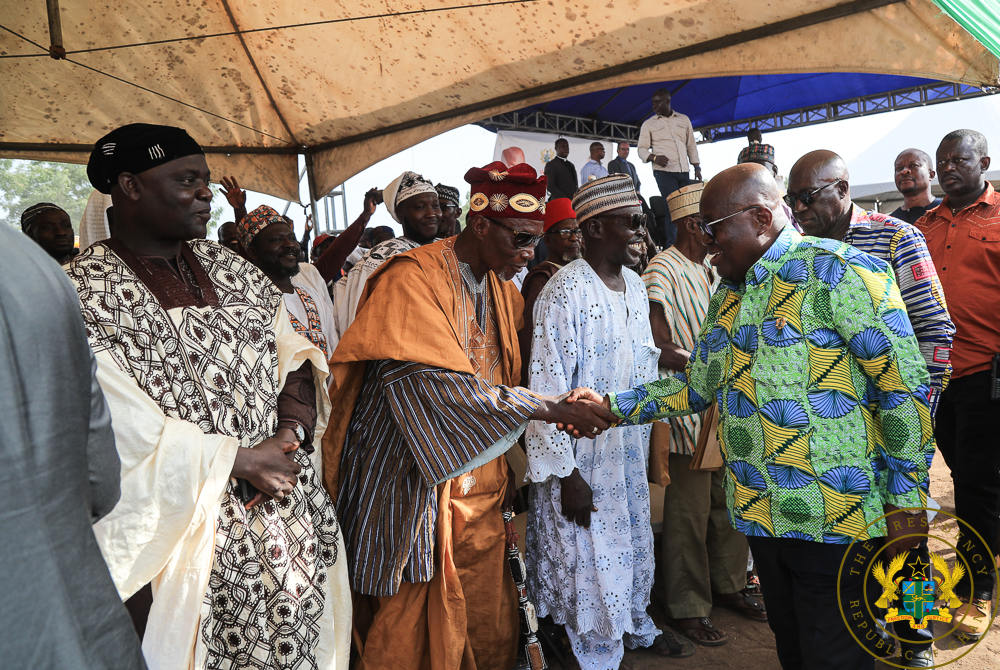 He continued, “If we haven’t seen none at all, we have seen the Everpure Factory and the one producing sanitary pads. The pads that our women use so they do not disgrace themselves when their monthly time is due.”

The Ngleshie Amanfro Chief made this known on Monday, 2nd December 2019, when President Akufo-Addo attended a durbar of chiefs and people held in his honour at Ngleshie Amanfro. 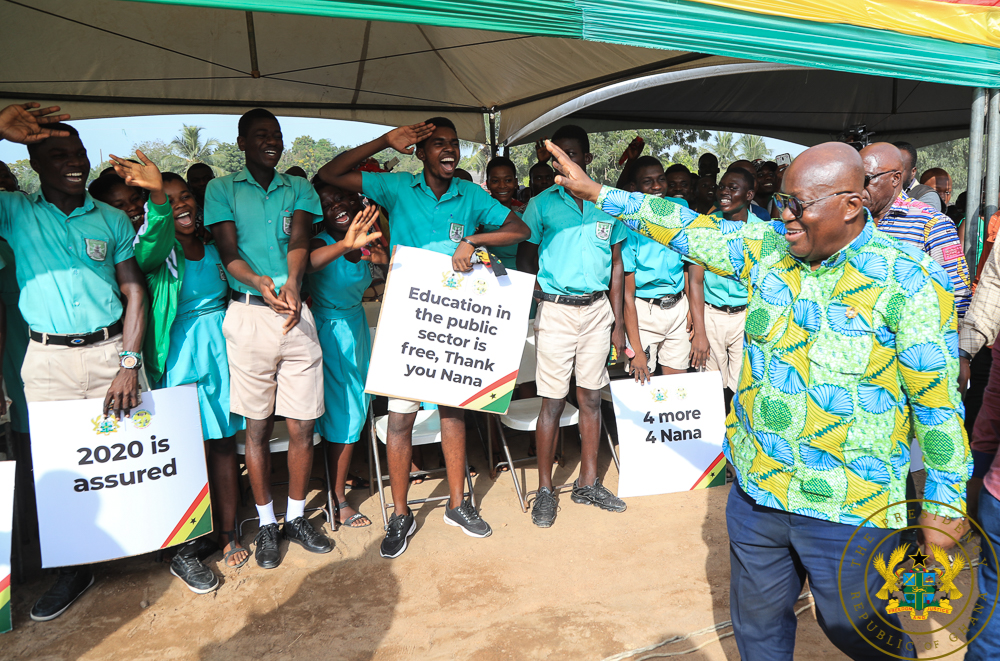 Thanking the President for “the novel policies you rolled out since you came and for the appreciable economic environment you created for the country”, the Chief applauded the President for the strides made in bringing the economy back on track.

“Thanks to you our economy, per the indicators has been shaped in a better way. Some time past, all we use to hear was that inflation is always on the ascendency as if it was getting aboard a helicopter. But you have not only kept it stable but gone ahead to reduce it,” he added. 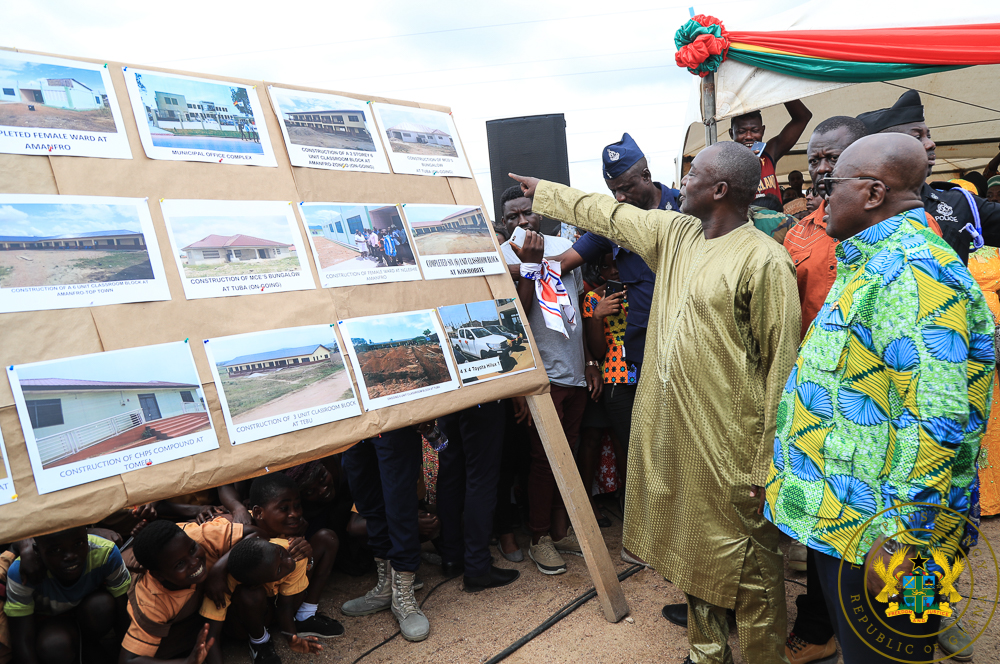 Touching on the Free Senior High policy, Nii Kwarshie Gborlor IV noted that, prior to 2017, families had difficulties funding their wards education through school.

“More often than not, they are seen prowling the streets and indulging in all sorts of deviant activities. Now we have a good President in Akufo-Addo. Free SHS has come to create accessibility for families who want their wards in school yet cannot afford,” he added.

In view of this, he stressed that “if there be any child in this Ngleshie Amanfro constituency, who for some reason is not in school, I am appealing with you to draw my attention and it will be taken care of.”